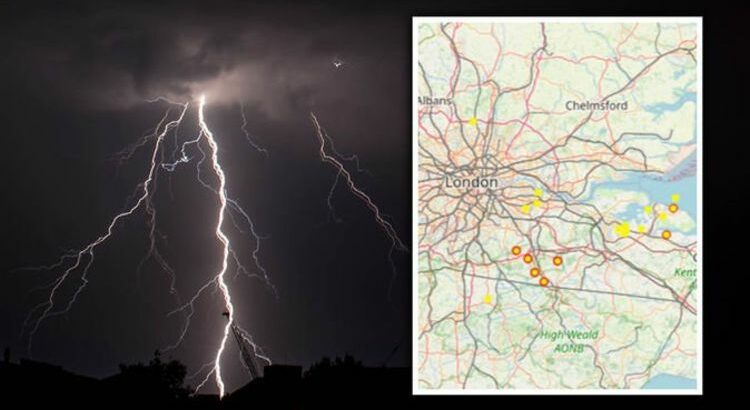 Lightning has struck parts of the UK on Wednesday as a week of adverse weather conditions continues. The lightning comes amid days of wind, rain and cloud following a sunny few weeks for Brits. The weather forecast indicates the weather won’t get better for some time, so lightning is likely to become a normal fixture over the coming days. The Met Office weather forecast for Wednesday evening reads: “Showers, perhaps heavy with hail, tending to ease across many areas, although a few continuing especially around coasts.”

The forecast adds: “Elsewhere, clear spells allowing frost to develop once more, quite sharp in places.

The outlook for the weekend reads: “Sunny spells and showers, heaviest and most frequent in the north.

“Rain, heavy in the west, spreading northeast over the weekend, followed by blustery showers and turning a little warmer.” 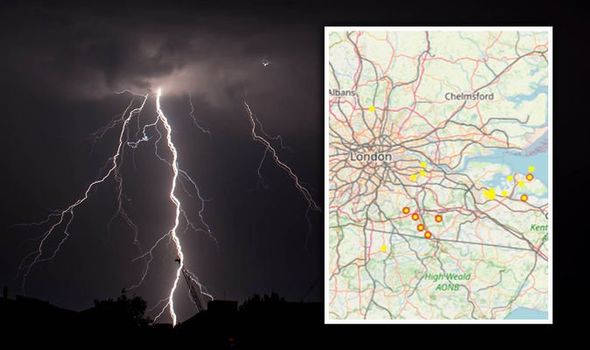 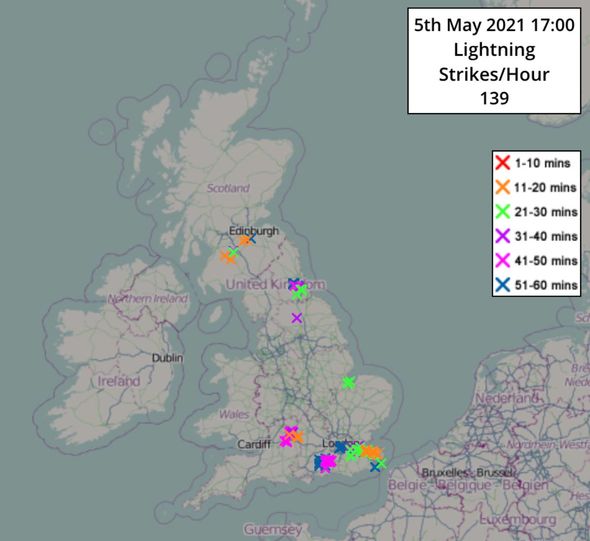 People took to Twitter to share their own experience with lightning on Wednesday, with one writing: “Got a lightning tracker app and man, it’s been popping off notifications every five minutes here in the UK.”

Another said: “Not quite what you expect on a May afternoon. We had bright sun this morning, now bouncing with hail thunder & lightning.”

West Weather tweeted: “Lightning developing to our north this afternoon and travelling generally in a SSE direction. 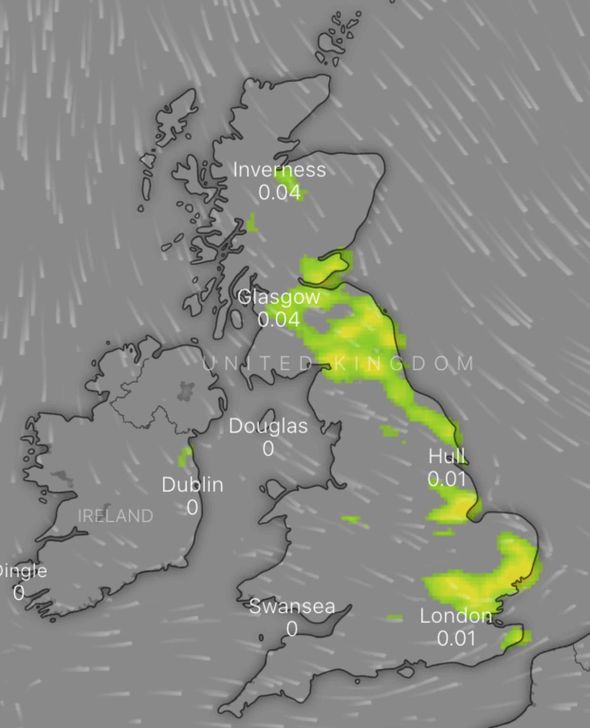 Alongside the lightning, a number of people have reported hearing loud booms of thunder as well, including in south east London this afternoon.

One person in Kent weighed in by saying: “Very dark here, heavy rain and strong gusts of wind and few rumbles of thunder in Sevenoaks.”

The Met Office said clusters of clouds is likely the reason behind the lightning and thunder.

They wrote: “The latest satellite image shows clusters of bright shower clouds across the UK, some of which have brought the odd rumble of thunder in places this afternoon.”

The thunder and lightning is expected to continue across parts of England and Scotland throughout this evening and into the early hours of tomorrow.

WeatherQuest UK says: “Sunny spells but scattered showers developing widely – some heavy with hail and thunder, and falling as snow on hills in the north and west, temporarily to low levels in N [north] Scotland thus morning.”

The meteorological agency adds it will continue to be “windy along some northern and eastern coasts”.

A UK lightning map suggests the bulk of the weather is focused in the southern parts of England at the moment, although parts of the north and southern Scotland show signs of receiving some too.

Parts of Kent, including Sittingbourne, Whitstable and Faversham are all seeing lightning according to the map.

Further west, the Cotswolds, Gloucester and Oxford all look to be seeing lightning flashes and hearing rumbles of thunder.

Newcastle and Carlisle in the north are currently affected too, alongside parts south of Edinburgh in Scotland.