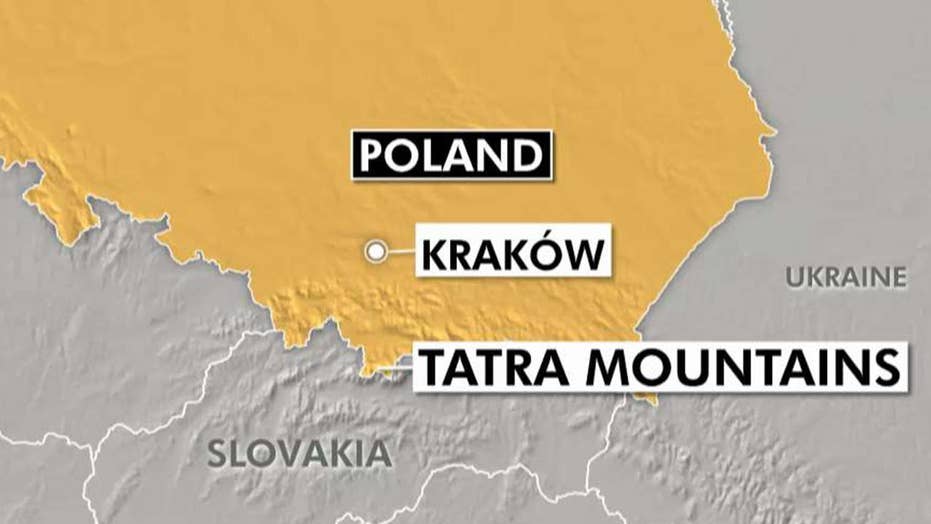 Over 100 people have reported injuries from the lightning strikes in the Tatra Mountains.

At least five people – including two children — are dead and over 100 others injured after lightning struck during a thunderstorm in Poland's southern Tatra Mountains, officials said.

The TOPR rescue service said rescuers were dispatched to Giewont peak, a 6,214-feet-high trekking destination, where the group of tourists had been struck by lightning.

The spokeswoman for Krakow's provincial governor, Joanna Pazdzio, told The Associated Press that leaders of the rescue operation Thursday afternoon in the Tatras informed her of the deaths.

"Several people were hit by lightning [in] nearby Giewont summit. The situation is critical," Jan Krzysztof, the chief of the Tatra Volunteer Search and Rescue, told Poland's TVN24 news. 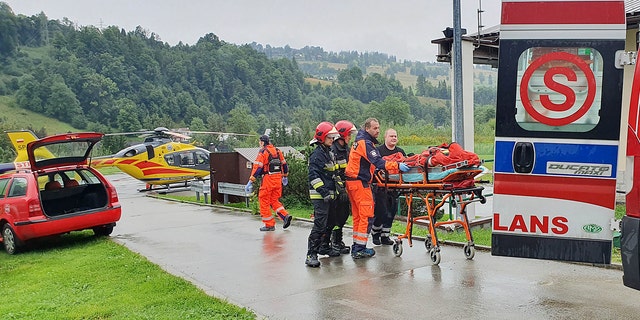 Rescue crews with the first people injured by a lightning strike that struck in Poland’s southern Tatra Mountains during a sudden thunderstorm Thursday.
(AP Photo/Bartlomiej Jurecki)

Rescuers said that some 20 people could have been affected when lightning struck the Giewont, a popular trekking destination, and other Tatra locations. 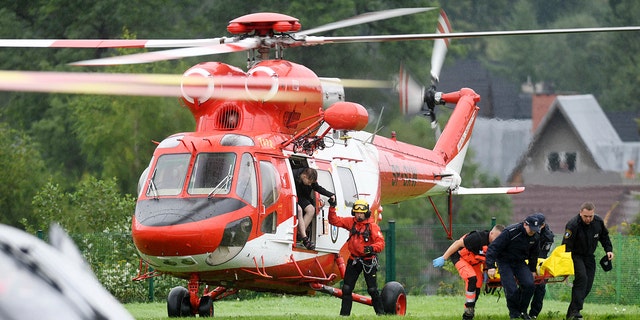 A rescue helicopter with some of the victims Thursday.
(AP Photo/Bartlomiej Jurecki)

Kinga Czerwinska, of the Airborne Ambulance Service, said four helicopters were dispatched to help. They were alerted shortly after 2 p.m.

Footage on TVN24 showed TOPR rescuers racing to a helicopter to get to the peak, in wet, rainy and foggy weather.

Some of the injured were brought by helicopter to a hospital in the Polish mountain resort of Zakopane and Krakow province. Governor Piotr Cwik told reporters that the death toll certainly could rise.

Prime Minister Mateusz Morawiecki, who went to Zakopane, some of the injured were in serious condition with severe burns or head injuries, as they fell after the lightning strikes or were hit by falling rocks. He extended his sympathies to their relatives.

Lightning typically strikes tall objects such as trees and skyscrapers because their tops are closer to the base of the storm cloud, according to The National Severe Storms Laboratory.

Lightning strikes in these U.S. states the most

These top U.S. states that have experienced the most lightning strikes in 2018.

"However, this does not always mean tall objects will be struck. It all depends on where the charges accumulate," according to the agency. "Lightning can strike the ground in an open field even if the tree line is close by."

Lightning also can strike from as far away as 25 miles from a thunderstorm cloud, even when there appear to be clear skies, according to the NSSL.

"They can be especially dangerous because they appear to come from clear blue sky," the agency stated.