Lily Allen FINALLY admits ‘not all the criticism against her is unfounded’ as she says ‘sometimes there are things I do wrong, and people have their say’

Lily Allen has finally admitted that ‘not all the criticism against her is unfounded’ as she discussed dealing with backlash for controversial statements.

The 33-year-old appeared on Lorraine on Tuesday morning to discuss her comeback album and how she handles life in the limelight.

The mother-of-two said: ‘Not all the criticism is unfounded. Sometimes there are things I do do wrong and people have their say about it.’ 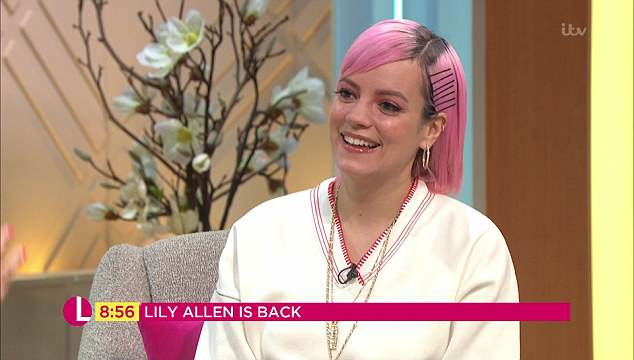 Lily Allen has revealed that she doesn’t necessarily handle fame well, as she admits that sometimes the public’s criticism of her is warranted 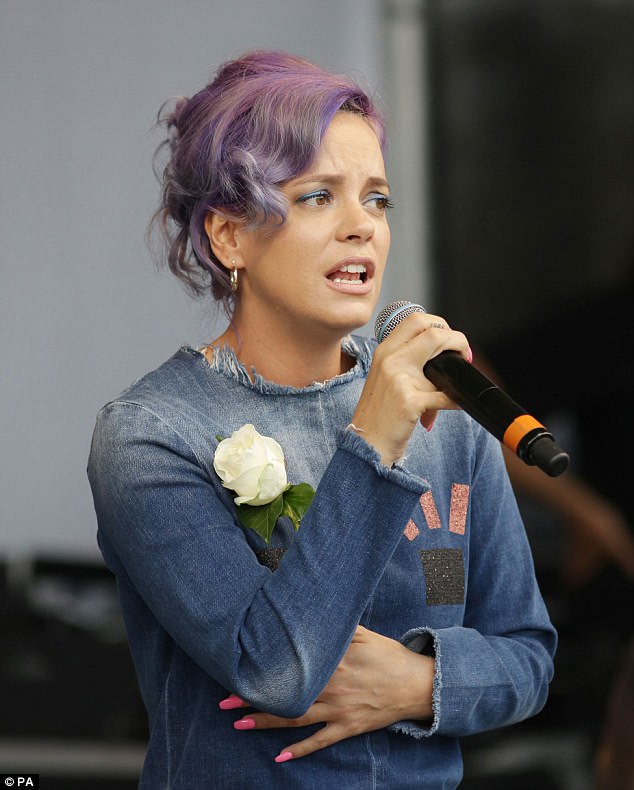 She continued: ‘I think I sort and figure out ways to take the criticism.

‘I think it’s about listening, taking certain things on board and trying to separate the nonsense from the reality. Life is a learning curve.’

Allen recently came under fire for glamourising drug-taking after admitting she snorted a line of ketamine at an awards ceremony.

She described how she passed out and had to be carried to a cab after snorting the horse tranquiliser, which she says she mistook for cocaine.

Allen made the revelation in response to a question posted on Twitter, which asked ‘[What is] the best reason you’ve been kicked out of an event, building or group.’

Following her candid confession, social media users have hit out at the pop star, saying her comments were ‘disappointing’ in light of her position as a role model to young girls.

Her comments come as she releases her comeback album No Shame. It’s the first album she’s released since Sheezus four years ago. 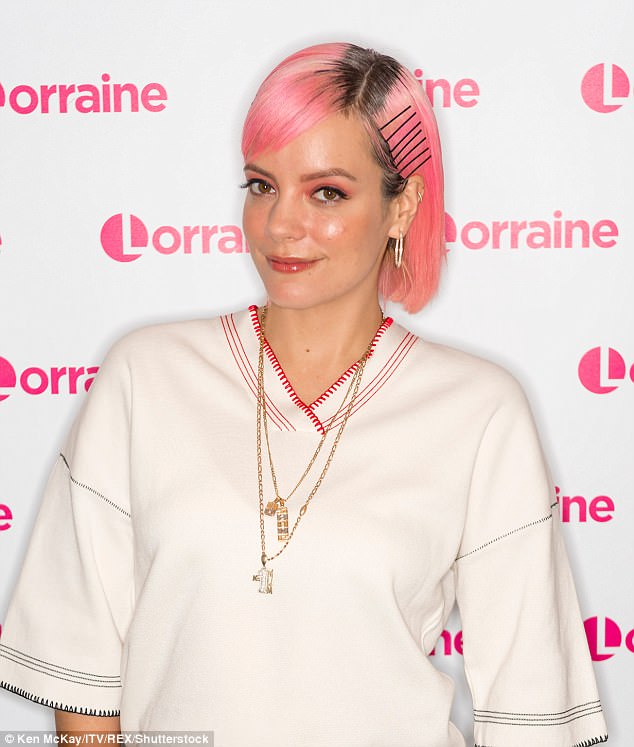 The mother-of-two said: ‘Not all the criticism is unfounded. Sometimes there are things I do do wrong and people have their say about it’

Opening up to Remix magazine, Allen insisted her debaucherous lifestyle, which once saw her ‘drunk for three weeks straight’, is very much a thing of the past.

The singer, 33, who sat down to talk with the publication’s editor Steven Fernandez, admitted her focus now remains solely on her children, daughters Ethel, six, and Marnie, five, as well as her esteemed music career.

Following the success of her second album It’s Not Me, It’s You in 2009, Lily claimed her lifestyle began to spiral out of control as she hotfooted from one booze-fuelled music festival to the next.

She confessed: ‘I don’t know how I got through those Big Day Out shows in Australia and New Zealand because I was drunk for three weeks straight.

‘One year, the last one that I did, there was a massive heatwave in Melbourne because those forest fires had just happened. It was excruciatingly hot. 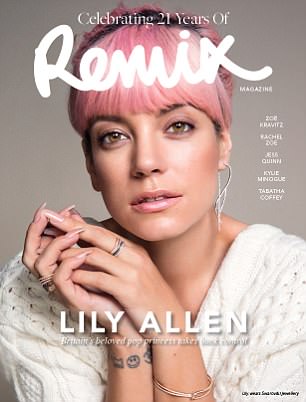 Opening up to Remix magazine, Allen insisted her debaucherous lifestyle, which once saw her ‘drunk for three weeks straight’, is very much a thing of the past

‘This was at the height of my bratty pop star behaviour. I demanded to have a miniature beach built outside my dressing room, with a paddling pool filled with ice and actual sand all around it.’

Admitting her latest album is the first she’s been truly proud of in ten years, she divulged: ‘I made a conscious decision at the beginning of this record to really focus on my own creative output.

‘I have worked harder on this record than any other in my career – it couldn’t be more honest and more me. Not in a profoundly earnest way, but I think I questioned what I’m making and why I’m making it.

‘It took me a while to come to terms with what now seems so obvious – I make music I like that I hope other people are going to like as well.

‘That’s it. I make the shows as good as they can be and I’m as good a mum as I can be. Those are the things that matter, the music and my children.’

Lily also confessed her musical comeback is partly because she wants her girls, who she shares with ex-husband Sam Cooper, ‘to grow up seeing their mum do something with passion and conviction.’

Last week, she revealed she was sexually abused by a professional in the music industry and claimed no one helped her when she reported it.

Allen aid she did not feel comfortable speaking about the experience and suggested it was hushed up by her record label.

‘I’ve had things happen that I would feel uncomfortable talking about because they’re linked with lots of people I work with,’ she said in a newspaper interview. ‘People who are in control of things that affect me.’