At the core of US President Donald Trump's foreign policy is a belief that he can use his personal charisma to charm his way to world peace.

The collapse of the planned summit with North Korean leader Kim Jong-un shows the limits of Trump's me-first approach to diplomacy. 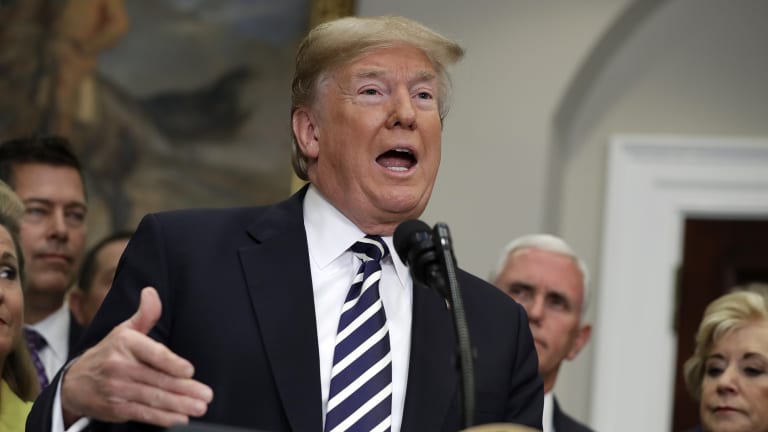 US President Donald Trump at the White House on Thursday.

Trump's letter to Kim cancelling the meeting on North Korea's nuclear program neatly summed up his view. In it, the president described the "wonderful dialogue" that he believed had been developing with Kim. "Ultimately that dialogue is all that matters," Trump wrote.

But the backtracking, insults and miscommunications of the last week demonstrate that there was far more in play than just the chemistry between two leaders. In the end, what killed the summit was the rushed nature of the negotiations, the lack of message discipline by senior Trump officials and the absence of the meticulous planning that typically leads to diplomatic breakthroughs.

"Trump's style of negotiation – making the big demand before the ground is fully prepared – is still not disproven," says Patrick Cronin, an expert on Asia at the Centre for a New American Security and frequent adviser to the Pentagon. But Trump may have to scale back his ambitions. "It is not complete denuclearisation or bust," Cronin says.

Trump's initial overture to Kim, made with little input from his top foreign-policy advisers, was typical of a president who has flouted convention from the moment he took office. Trump stunned aides in March when he accepted an offer made on Kim's behalf by South Korean emissaries for a summit to discuss denuclearisation.

Before the apparent breakthrough, the United States and North Korea seemed to be hurtling toward a military confrontation.

The president warned that any threatening action by North Korea would be met with “fire and fury”. In the run-up to the Winter Olympics in South Korea, Trump asked his staff to present him with plans to evacuate the dependents of US military personnel from the peninsula, according to administration officials.

A presidential official order mandating the move was drafted and approved by the National Security Council's lawyers before White House Chief of Staff John Kelly and Defence Secretary Jim Mattis talked Trump out of it, according to a former senior administration official familiar with the matter. The former official spoke on the condition of anonymity to discuss internal deliberations.

Kelly and Mattis, both former Marine generals, warned Trump that the plan, if implemented, would alienate South Korea, ruin the Olympics and possibly trigger a hostile response from North Korea.

By early April, however, Trump was talking about a face-to-face summit with Kim, the denuclearisation of the peninsula and possibly even a historic peace treaty with the North. 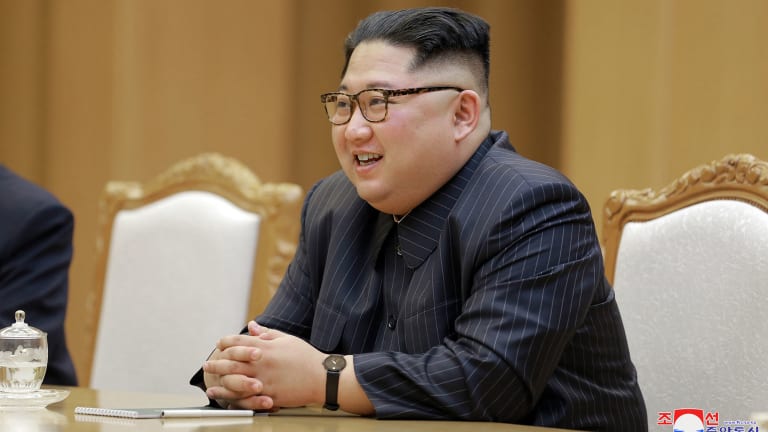 "Nobody thought we could be on this track in terms of speed," Trump boasted from the tarmac at Joint Base Andrews in May alongside three Americans released by North Korea in a goodwill gesture. The emotional high came just days after Trump had basked in chants of "Nobel" during an appearance at a Michigan rally – a suggestion that he was going to win the Nobel Peace Prize.

"The early success probably convinced Trump that this was going to be easier than it turned out to be," says Victor Cha, Trump's presumptive nominee to be US ambassador to South Korea before he was forced to withdraw. "He believed his own hype."

Much of the typical planning that accompanies high-level summits was missing. In a more traditional diplomatic process, months of lower-level meetings would precede a presidential summit.

Those kind of talks are designed to build confidence and set the agenda for the principals. That process normally would have led North Korea to disclose all of its nuclear facilities so that Washington would have a clear understanding, long before the talks began, of Pyongyang's program. Such a list was never offered.

In the case of the negotiations over Iran's nuclear program, the Obama administration and Tehran talked for more than two years before a deal was signed. Trump pulled out of the agreement earlier this month because he said it did not go far enough in cutting off Iran's path to a nuclear weapon.

What remains to be seen is whether the administration's modus operandi – with its theatrical bravado, grand gestures and guessing-game optics – can actually deliver a diplomatic win. Trump entered the sprint to historic negotiations without an ambassador in South Korea and with a new secretary of state in Mike Pompeo and a new national security adviser in John Bolton. 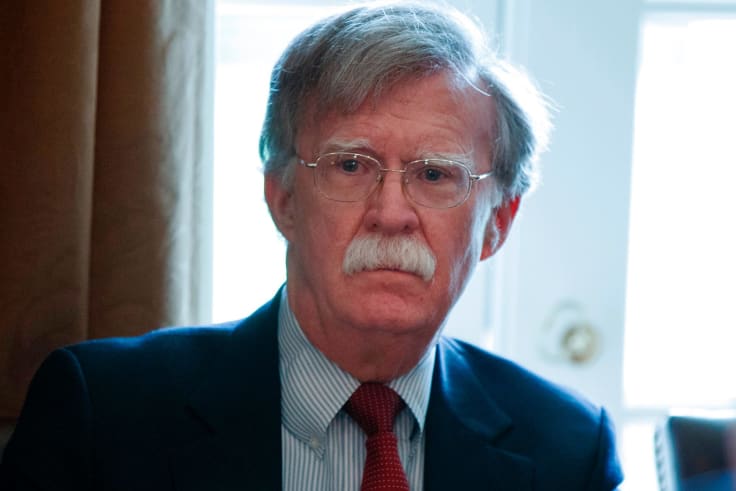 US National Security Adviser John Bolton during a cabinet meeting at the White House.

Vice President Mike Pence and Bolton provoked a swift and angry backlash from Kim when they suggested regime change was a possibility if the North didn't denuclearise.

"This is North Korea 101," says Suzanne DiMaggio, a senior fellow at the New America Foundation. "When you push on them and expose any weakness, they are going to push back. And someone like Trump should understand that."

The head-spinning eight weeks since a South Korean delegation announced Trump's decision to meet with Kim have produced some notable achievements.

The process, originally initiated by South Korean President Moon Jae-in, succeeded in getting Kim to leave the country for diplomatic talks for the first time since becoming North Korea's leader and it secured the release of the three US prisoners. The dialogue with the North has also helped the administration glean insight into the contours of North Korea's hermetic leadership.

"Pompeo has had two face-to-face meetings with Kim Jong-un, which is extraordinary in and of itself," DiMaggio says.

Moving forward, some of the onus will fall on North Korea to ensure continued negotiations. If Kim resumes nuclear or missile tests, tensions are likely to ratchet back up to pre-talk levels when war seemed a real possibility.

Success could also hinge on Trump acting a bit less like Trump. The president likely will have to set aside some of the showmanship and accede to the sort of carefully calibrated process that he has long derided.

"The North Koreans don't trust us, and we don't trust the North Koreans," says David Kang, a professor at the University of Southern California who focuses on Korea. "Backing up a ship and loading the nuclear weapons was never realistic."

Such a rekindled, more disciplined process would involve securing incremental wins, such as limits to North Korea's weapons program instead of a swift and complete denuclearisation.

Trump has demonstrated little interest in that kind of diplomacy. But at least one North Korea analyst found a small glimmer of hope in the president's decision to cancel next month's summit.

"Trump likes to wing it, but even for him there was too much uncertainty walking into this meeting," Cha said. "He showed a surprising and unusual degree of conventionality in terms of his decision to cancel."