The owner of a dilapidated Gaza zoo is blaming stormy weather for the death of four lion cubs.

Fathi Jumaa said on Thursday that he covered the cage of the day-old lions with blankets ahead of Wednesday’s winter storm, but found them dead the next morning at the small zoo in the southern Gaza Strip city of Rafah.

He said that two lions died almost immediately so he took another two home with him to care for them but they died upon returning to the zoo. 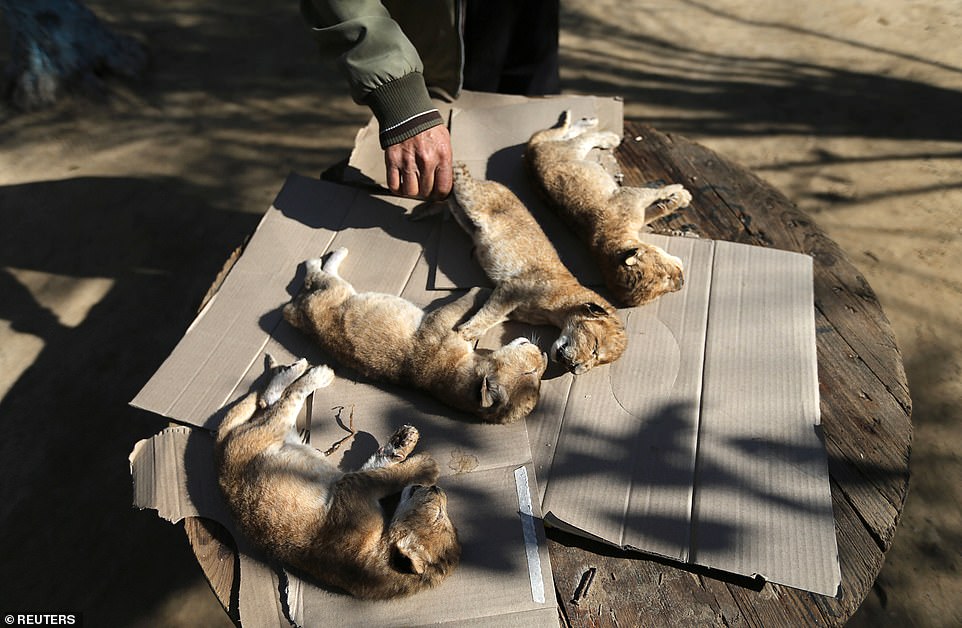 A Palestinian man checks the bodies of lion cubs that died at a zoo, in the southern Gaza Strip

Most of the animals in the zoo were smuggled into Gaza from Egypt via underground tunnels a few years ago, before the Egyptian military destroyed the tunnels running beneath the border.

The wintry weather sweeping the region has made it especially hard for animals that lack proper care.

Jumaa said that the weather, the ‘coldest winter for years’ according to residents, is partly to blame for the death of the cubs, as well as a long standing Israeli blockade.

‘We could not secure the necessary food supplements, medicines and antibiotics to save the lives of the cubs. We do not have enough money and the blockade is exacerbating the situation,’ the zoo manager told Middle East Eye. 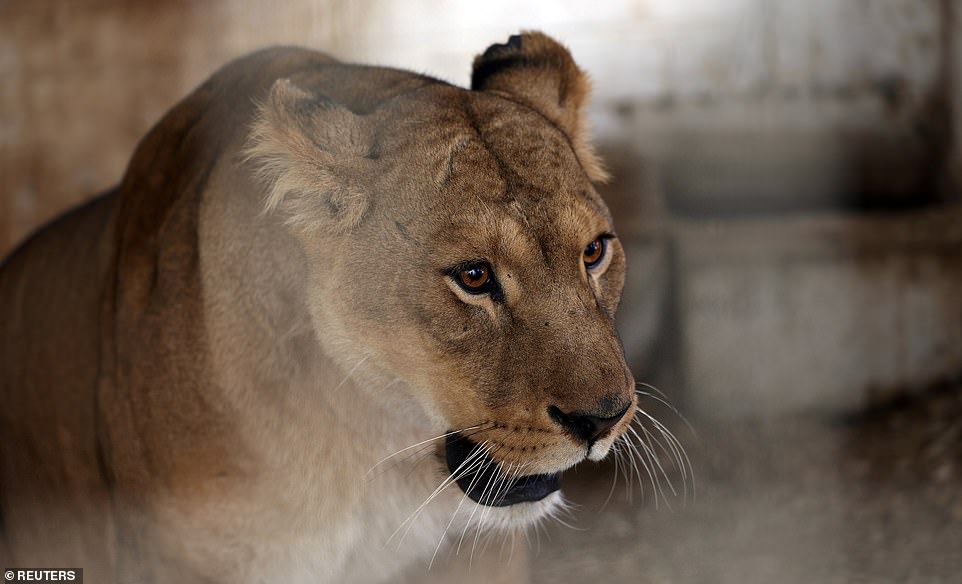 A lioness is seen in its enclosure at a zoo, in the southern Gaza Strip city of Rafah

He added that because of the 12-year blockade, his zoo have been unable to obtain heating systems or plastic rain protection.

He added that the cubs’ mother is also at risk now, because of the complimented political and climate mixture.

‘We may also lose the lioness, which recently gave birth and whose poor health has been worsening over the past few days,’ he said.

In 2016, animals – including a Bengal tiger – were evacuated from the ‘world’s worst zoo’ in the south of the Gaza strip because they were dying from ‘stress, disease, and starvation’, according to their owner.

International animal care groups have carried out several evacuation missions in recent years to relocate animals and birds in poor condition to sanctuaries outside Gaza.