You thought your alarm clock was bad! Lioness gets very rude wake-up call when lion bites her on the rear (and she is NOT happy about it)

This lioness got a rude wake-up call when a conniving male lion crept up on her and bit her on the bottom as she slept.

The female was catching 40 winks in the Maasai Mara in Kenya when one of the males in her pride started stalking her, using all of his focus to stay silent and go unnoticed.

The plotting male got within touching distance of the sleeping lioness before chomping down on her rear and startling her. The fast-thinking female sprung up instantly and started ferociously swiping at him with her razor-sharp claws.

Safari guide Joshua Loonkushu, who captured it on film, revealed in his eight years of guiding he’d never seen anything like it. The 32-year-old said: ‘I couldn’t imagine that the male lion was going to behave like this! He got up and kept on creeping towards the lioness, almost stalking.

‘He was taking all effort to keep as silent as possible. I told my guests that we are up to something quite interesting here. As he got to the lioness, he bit her! It took the lioness exactly two split seconds to go from fast asleep to be in defense mode and ready to attack.

‘In my 8 years of guiding, this was the first sighting of its kind! I’ve never seen something like this. Soon after this scuffle, the rest of the pride joined the two, hugging them as if they were asking what was the matter.’ 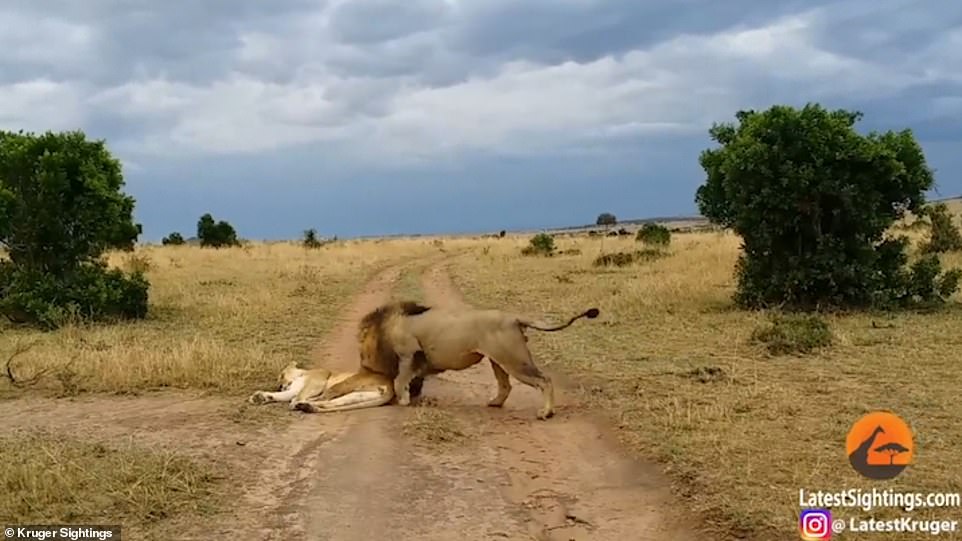 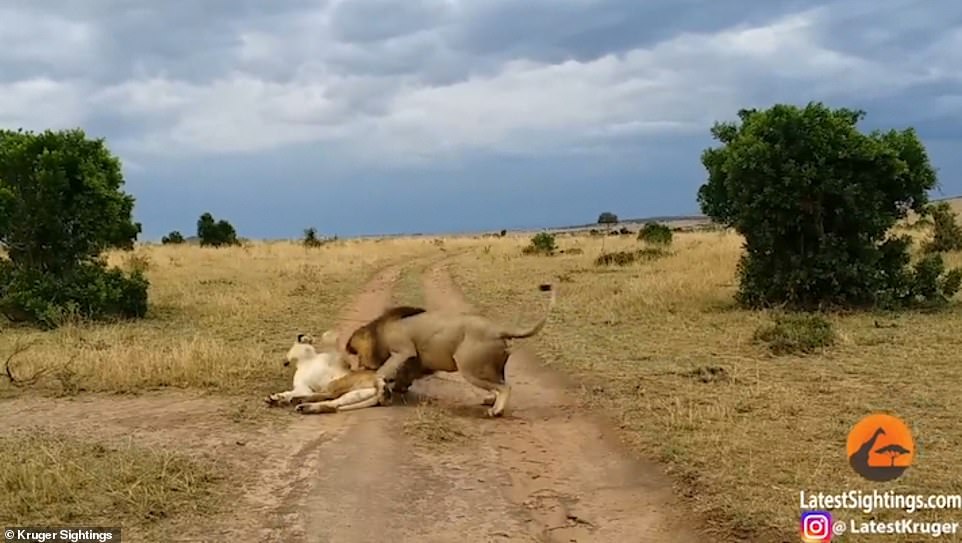 She immediately springs to her feet, spins and starts attacking the lion – who is also from her pride 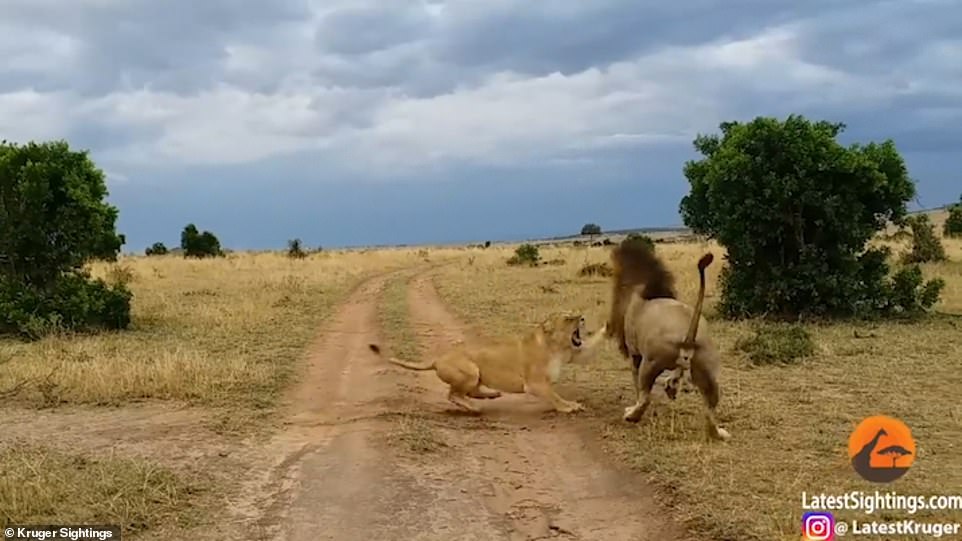 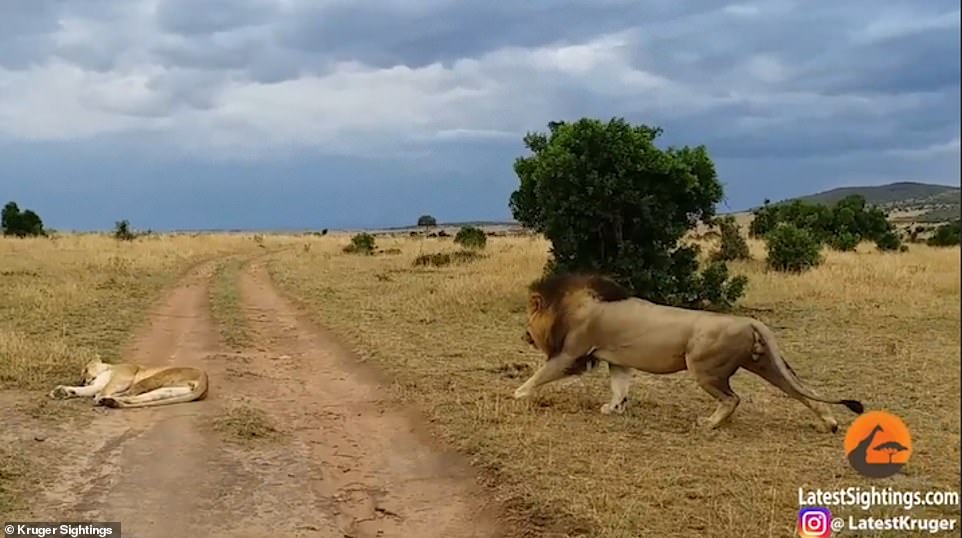 The plotting lion creeps up without making a sound to play the prank. Safari guide Joshua Loonkushu, who captured it on film, revealed in his eight years of guiding he’d never seen anything like it