Lisbon: Not long ago, Portugal's capital, Lisbon, was a backwater of Europe. Its historical centre was dotted with decrepit and semi-abandoned buildings. Some downtown squares were the domain of prostitutes and drug dealers. The city served as a display case for the devastation of Europe's debt crisis. 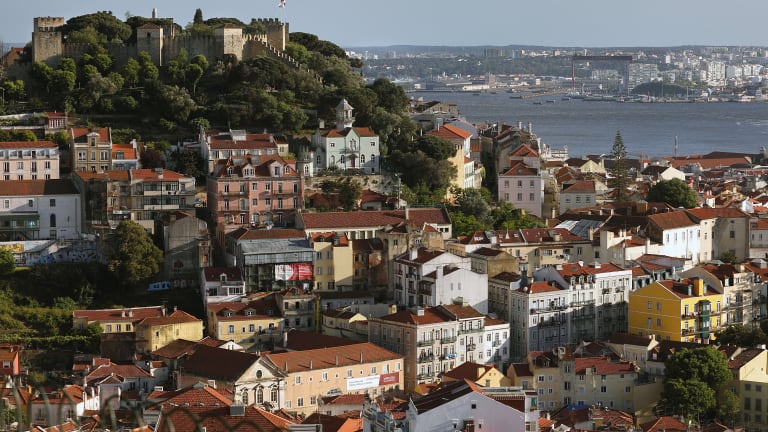 From backwater to boomtown: Lisbon is basking in new glory but not everyone there is sharing in the city’s fortunes.

Then, in 2011, the country embarked upon a series of difficult steps in return for an international bailout of €78 billion ($120 billion), among them a new rental law that liberalised the capital's housing market.

Today the city is booming. Tourists stream off cruise ships to fill its squares and ride tuk-tuks up and down the hills. Historical buildings now gleam. New bars and restaurants throb with life.

But who has gained and who has lost in Lisbon's revival has become a divisive issue for residents, and for Europe, as the continent finally emerges from the lost decade of its economic crisis to see what it has wrought.

Portugal has been a prime exhibit of Europe's economic recovery. Unemployment has been halved. Exports are booming. Foreign investors have flooded Lisbon. The country even provides buyers of properties worth €500,000 or more the chance for a "golden visa" to reside there.

Yet the monthly average wage is still roughly €850 ($1000). Market liberalisation, combined with a huge influx of foreign money, has helped raise property prices in central Lisbon 30 per cent in two years.

"Portugal's strategy to exit the crisis was all about attracting foreign investment, which solved a major financial problem but is also now creating new issues for our people, like this housing crisis in Lisbon," said Ana Drago, a former lawmaker and a researcher in urban studies at the University Institute of Lisbon.

The revival of Lisbon feels to many residents who are being displaced like an abrupt swing from one extreme to the other. On some streets the extremes live side by side.

In the medieval neighbourhood of Mouraria, a luxury condominium is being built a few metres away from a renovated building that has become a second home for French and other foreign investors.

At the end of the block, an aged building with narrow balconies has turned into a symbol for Portuguese activists fighting housing evictions, a new phenomenon here. Opposite the house, residents who won a lengthy legal battle to stay have hung a Santa Claus, surrounded by signs showing their Christmas wish-list: affordable housing and social equality.

No doubt, most Portuguese, led by those who own real estate, consider Lisbon's transformation to be an essential part of Portugal's recent economy recovery. 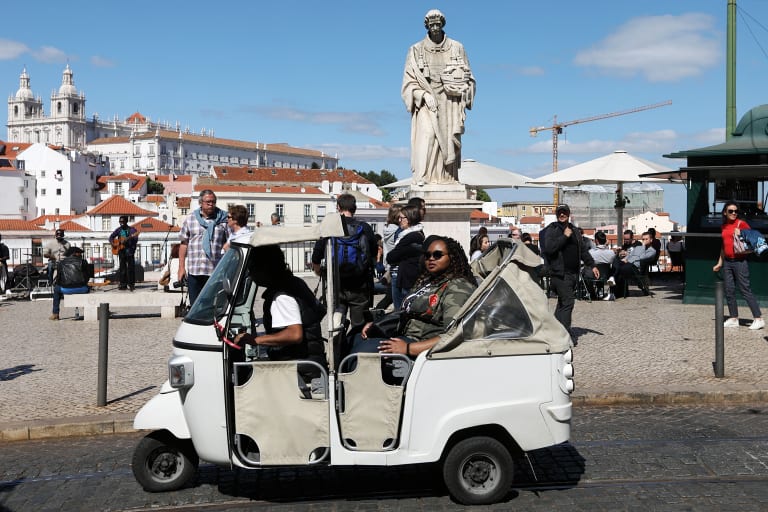 One of the hundreds of three-wheeled tuk-tuks taking tourists around Lisbon\’s sights.

The arrival of deep-pocketed investors and celebrities like Madonna is "creating housing problems in a few neighbourhoods", said Luis Correia da Silva, a director of Dom Pedro, a resort and hotel company.

"But people shouldn't forget that nobody wanted to do anything to save these same neighbourhoods a few years ago," he added.

Portugal had a long history of antagonism toward landowners, dating back to the 1910 revolution that ended the monarchy. Then, during a long military dictatorship, rents were frozen in Lisbon and the northern city of Porto.

Fixed rents for new contracts were abolished more than a decade after another revolution, which overthrew the dictatorship in 1974 but not for existing contracts, and downtown Lisbon remained a partly derelict area shunned by locals.

When Portugal received its bailout, the inner city had 552,700 inhabitants and 322,865 housing units, of which 50,289 stood vacant, according to the most recent census of 2011. A year later, the new rental law came into force that liberalised the housing market.

Politicians sought to lead by example. In 2011, Antonio Costa, then Lisbon's mayor, moved his  administration from its historic headquarters to a former tile factory building at the corner of Intendente, a square known for drugs and prostitutes.

Costa is now Portugal's Prime Minister and Intendente is almost unrecognisable. It has a handicraft shop, cafes and several construction projects in the works. At the centre stands a garden, surrounded by red forged-metal barriers designed by Joana Vasconcelos, one of Portugal's best-known artists.

Asked about Lisbon's transformation, Vasconcelos said that "the city is changing fast, but for the better."

"My impression is that Lisbon is getting back to what it used to be, because this was a multicultural city for centuries, a trading centre that was connected to the world," she said. "During a dark period of dictatorship, we lost our way but we're now back on track."

But there's a sad flipside to almost every happy story about Lisbon's fortunes. 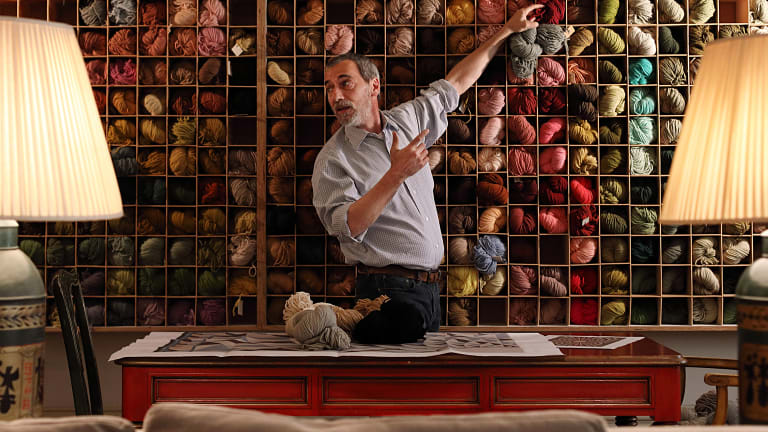 Rising rents have driven Rodrigo Azambuja, who makes traditional carpets, out of his rented space. He now plans to open a wine bar.

Rodrigo Azambuja used to weave traditional Portuguese carpets. In 2013, his landlord raised his rent from €300 to €1200. A few months ago, the landlord told him he needed to be out in July.

By August, however, Azambuja should start getting rental income from a property he bought two years ago, in one of the auctions of derelict buildings held by the city. Rather than making carpets, he will soon be serving wine in a bar that he will open on the ground floor.

"I guess that I'm really living both sides of this story," Azambuja said. "To me, the only real drama is that all this change is happening so fast, in a kind of perfect storm, for which many people were completely unprepared."

Luis Mendes, an urban geographer, is a member of a citizens' platform called Morar em Lisboa, or Living in Lisbon, that has been fighting to halt housing evictions. He worries that Lisbon risks "killing the golden goose" that has made it so attractive to visitors.

"If we're evicting the old residents and creating gated communities for the wealthy, then what are we going to show tourists who expect to see traditional Portuguese life on our streets?"