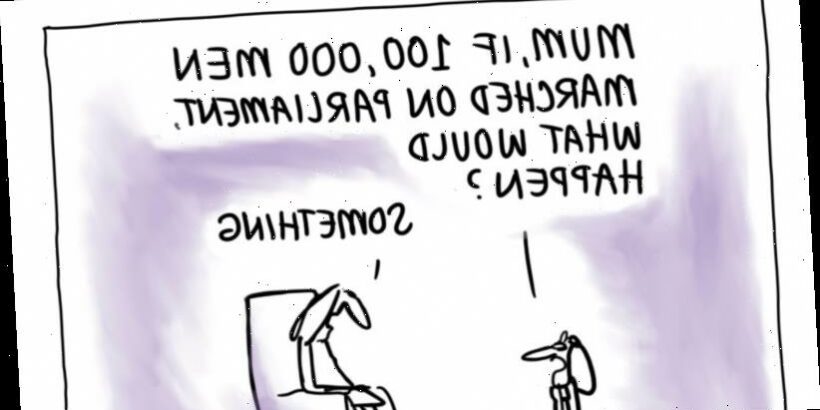 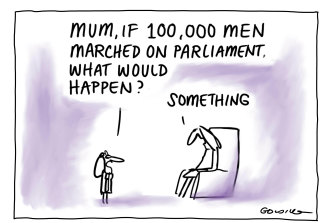 Listen to the victims

My daughter’s drink was spiked at a South Yarra hotel on Friday night. She managed to get home, but lay paralysed outside her front door for two hours before she could summon help. She was not drunk. The police were wonderful. However, ambulance officers and medical staff at the Alfred Hospital treated her as if she were just intoxicated and refused to conduct a blood test. The health system is out of step, and part of the problem of the very poor treatment of women reporting injury.
Lee Cross, East Melbourne

Detective Senior Sergeant Ben Jarman makes many important points about the ongoing nature of consent in personal and intimate relationships (Sunday Age, 21/3). He notes that education about consent may help some people to understand that they have been victims of sexual assault. Education may also help men and boys to understand that they may have been perpetrators of sexual assault.
April Baragwanath, Geelong

Jacqueline Maley (Sunday Age, 21/3) hits several nails on the head. She says consent is more than a yes or a no – it is about respect and how that is modelled. Who are the people that males, in particular, of any age, can refer to for guidance? Teaching consent in schools will be useless unless respect is also taught. This is not just about body boundaries; it is about personal and psychological boundaries, and about empathy. Men and women need different male models and a different conversation about masculinity. And men must take a lead.
Peta Price, Ballarat

Is it worth the risk?

Albert Einstein is widely credited with saying, “The definition of insanity is doing the same thing over and over again, but expecting different results”. What more can I say about hotel quarantine?
Doug Mullett, Werribee

Several readers have said they are unable to make appointments for the COVID-19 vaccine.We live in a small country town and I noticed in our local paper (yes, we still have one) a paragraph offering vaccinations as from next week for 85-plus year olds at our local medical centre. We now have appointments for tomorrow.
Jill Plowright, Foster

A wide range of jobs

Don Lyell (Sunday Age, Letters, 21/3) asks “Where are the (Wesley College) kids who plan to work in the trades, public sector, armed forces, police, nursing, shearing, fruit picking, supermarkets and so on?“. My son went to Wesley.

Yes there are those working towards becoming doctors, accountants, investment bankers etc. But many of my son’s friends are builders, nurses, training to become teachers, or about to be admitted to the armed services. Most combine those with volunteer or minimally paid roles as community sport coaches, lifeguards or umpires. Those studying inevitably hold down part-time jobs as well, in supermarkets, McDonald’s etc.
Tim Boyce, Forest Hill

The high cost of bitcoin

I cannot imagine too many people do not know of the environmental absurdity that is the creation process of this cryptocurrency, “bitcoin mining”. It gobbles up enormous quantities of electrical power, more than consumed by a small country. Worse still, much of it is based in China and uses cheap, coal-fired power, where “cheap” is a euphemism for low-grade coal, producing large amounts of CO2. Perhaps your environmental writers could have a word to him.
Ian Sharp, Somers

The Australian Energy Market Commission has released its draft rule change to allow solar households to be charged for exporting their cheap, clean energy to the grid (The Age, 25/3). The proposal is inherently unfair. Why does it only charge home producers of electricity to export to the grid and let off large producers scot free?
Richard Smart, Beaumaris

Please save our NDIS

Re. “NDIS faces ‘king hit’ in secret overhaul” (The Age, 26/3). It is less than 10 years since thousands of concerned people and groups wrote submissions to the Disability Care and Support Review. In 2013, we cried tears of joy as Julia Gillard announced that a national disability support scheme would be established to provide people with significant disabilities with the support they needed.

Children with foetal alcohol spectrum disorder and acquired brain injuries face severe difficulties in coping with daily living. Unless they receive early supportive interventions, there are profound long-term implications for them, their families and society. Everyone, shout “no” before this draft is secretly set in concrete.
Dr Mary Burbidge, Newport

With our federal government in such disarray, one would expect an opposition to take advantage of this. Sadly, it seems its leader is lost for words. A disappointing omen for the next election.
Ross Barker, Lakes Entrance

Apart from a handful of female MPs speaking of misogyny experienced during their careers, Labor and the Greens are not taking the excellent political opportunity to throw stones at the Coalition over its inaptly named and ineptly managed “women problems”. Presumably they are not without sin themselves. After all, they live in the same testosterone and alcohol-fuelled Canberra glass house.
Caroline Leslie, Hawthorn