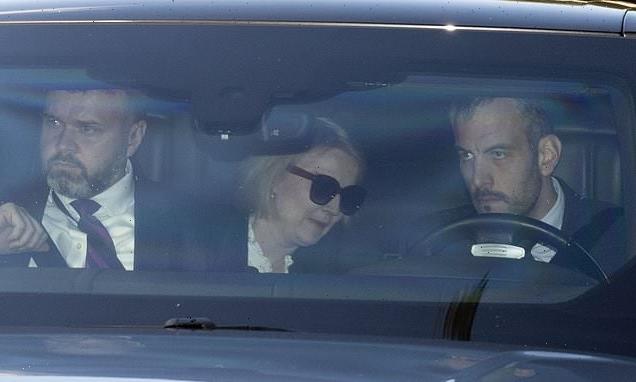 Liz Truss donned another pair of large sunglasses as she headed out of Downing Street this afternoon – just minutes after it was confirmed Rishi Sunak will be her successor.

Sunak is expected to move into Downing Street tomorrow, making her the shortest serving Prime Minister in British political history with just 44 days in office.

On Monday afternoon, she congratulated her successor and told him: ‘You have my full support’.

She tweeted: ‘Congratulations @RishiSunak on being appointed as Leader of the Conservative Party and our next Prime Minister. You have my full support’.

Now that Mr Sunak has been confirmed as the next Prime Minister, Ms Truss will offer her resignation to King Charles III paving the way for coronation.

She wore another pair of sunglasses when she emerged from Downing Street on Friday as it reveals she will receive £115,000 a year from the taxpayer to maintain a public office.

Over the weekend, the outgoing Prime Minister held a series of farewell events for MPs and staff at Chequers on her final weekend in post. 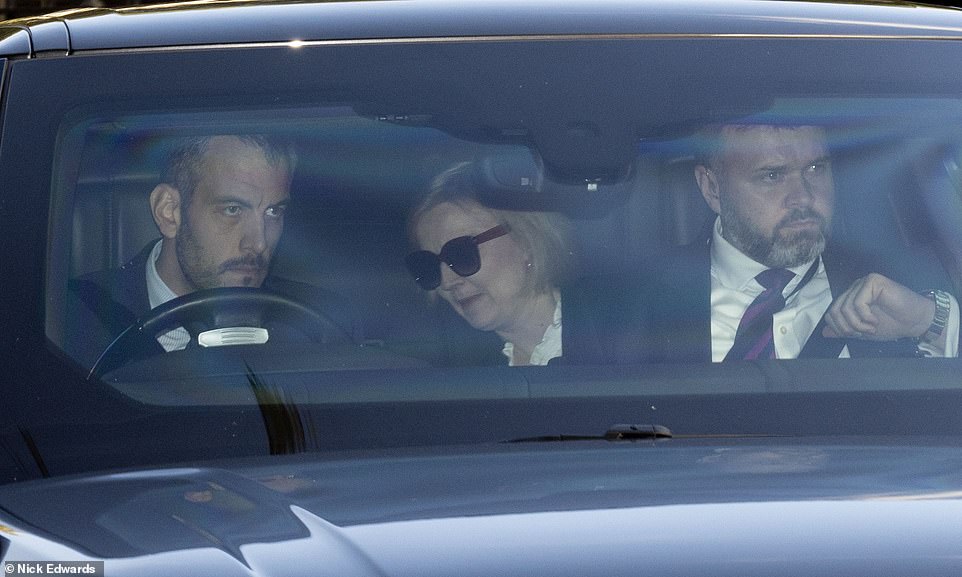 The departing premier, who resigned this week after a disastrous spell in No 10, used the grace-and-favour mansion in Buckinghamshire for a string of goodbye parties.

A Downing Street source revealed the PM – at her personal expense – had gathered MPs and staff at the 16th-century manor house to thank them.

An inquest into Ms Truss’s spectacular downfall has seen a former adviser accuse the PM of ignoring the ‘political reality of the world outside’ as soon as she won power.

Kirsty Buchanan, who was a special adviser to Ms Truss at the Ministry of Justice and who also worked in Downing Street under Theresa May, claimed the PM’s reputation was ‘in tatters’.

‘The seeds of destruction were sown early as she shut out all but her closest allies and cocooned herself with those who shared her views,’ Ms Buchanan wrote in the Sunday Times. 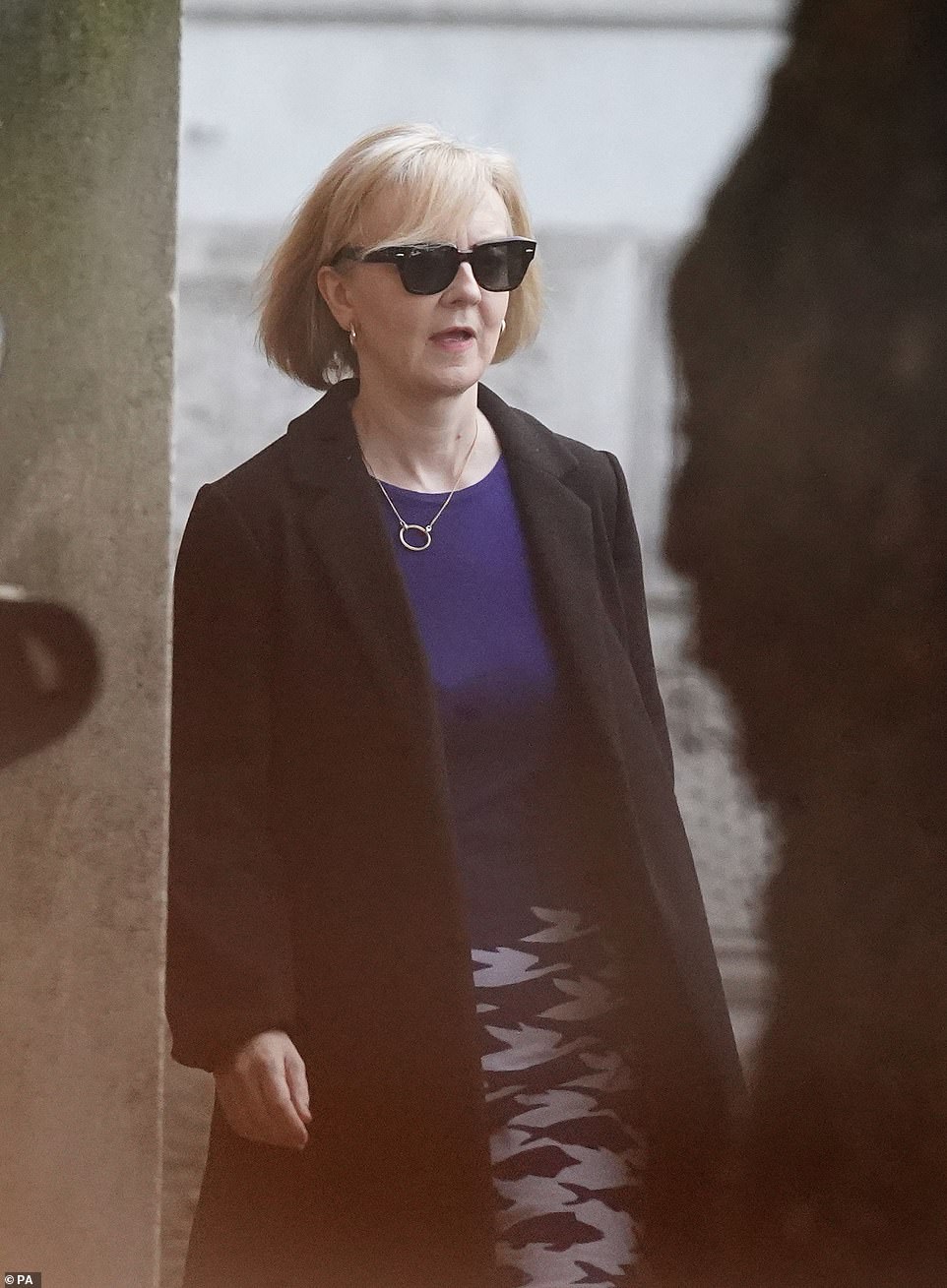 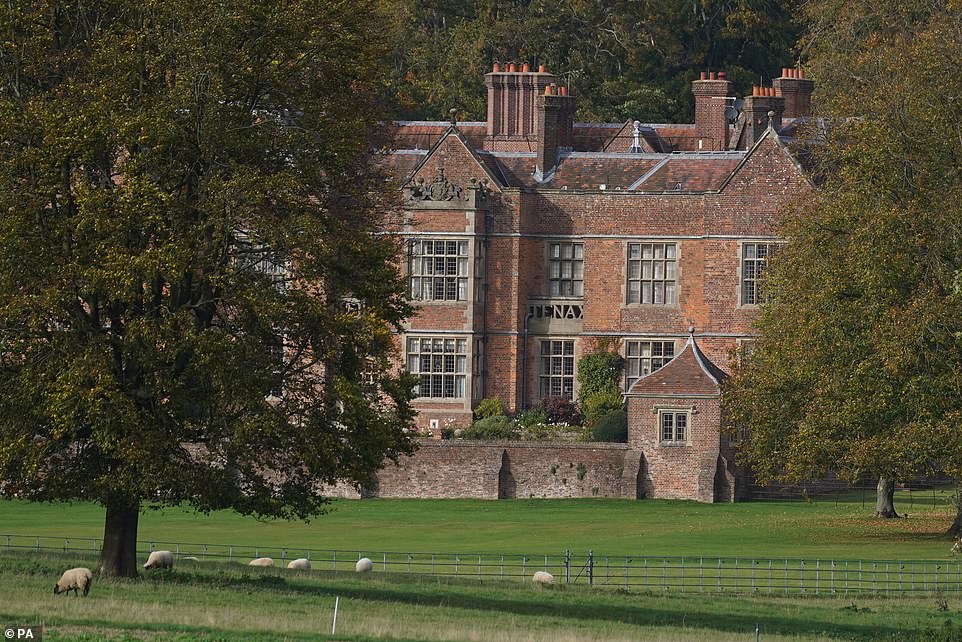 ‘With experience and institutional knowledge gone, dangerous groupthink and staggering naivety took hold at No 10.

‘Hubris went unchecked when humility was required from an administration that did not earn its majority but inherited it.

‘Politics was baked in a Petri dish, away from the political reality of the world outside.’

Ms Truss’s former aide said it would take ‘every ounce of her famed resilience’ for the PM to ‘bounce back from this humiliation’.

‘I suspect, though, that it will be the humbling in the eyes of her daughters, of whom she is fiercely proud, which may hit Truss hardest,’ she added.

Ms Truss is beginning her final week as Prime Minister as her rivals circle to take her job – but there is also increasing anger about the cash and benefits she is leaving with and demands for her to forgo them.

Like all other departing Government ministers, Ms Truss will be entitled to one-quarter of her annual salary in severance pay.

It means she is in line for a £18,860 pay-out due to her resignation as PM. She will continue to receive her £84,144 salary for being MP for South West Norfolk.

Meanwhile, on top of the £18,860 pay-out, Ms Truss will also be entitled to claim up to £115,000 a year in an allowance for former prime ministers – a point of contention after she only served in office for 44 days.

Payments are made to help ex-premiers continue to fulfil their public duties through the running of an office.

They are entitled to the money for the rest of their lives, unless they take up another public appointment.

Former PMs have to supply supporting documents – such as salary details for staff, or travel receipts – in order to receive the cash.

Her predecessors Sir John Major, Sir Tony Blair, Gordon Brown, David Cameron, Theresa May and Boris Johnson are all believed to have claimed it.

Ms Truss will also benefit from a taxpayer-funded pension as a former minister and Prime Minister. And Nick Clegg initially took it too after the he left Westminster.

Last week, Labour Leader Sir Keir Starmer joined calls for Ms Truss to reject her allowance and hand back any payout, declaring that she had ‘not earned the right’ to keep it.

The Liberal Democrats said it will leave a further ‘bitter taste’ if she claims the allowance payment.