The lender added that it was also creating 255 new roles as part of its planned changes and, as a result, it would mean net job losses of 195 roles.

Lloyds said it would try to redeploy affected staff where possible, and that the changes will help it ‘adapt and evolve to support changes in customer behaviour’. 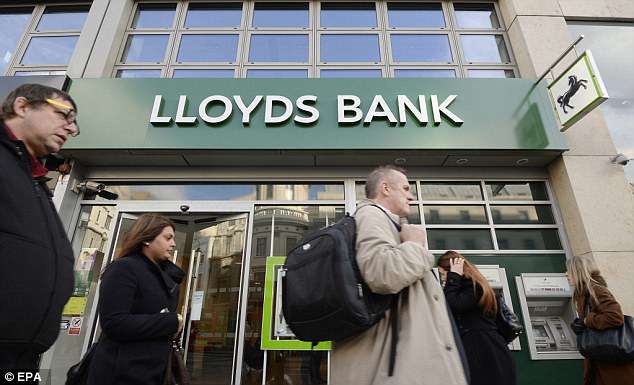 A spokesman said branch closures were not on the cards and the decision was in line with its current strategy.

They said: ‘The group’s policy is always to use natural turnover and to redeploy people wherever possible to retain their expertise and knowledge within the group.

‘Since 2011, over 90 per cent of role reductions have been achieved through a combination of natural attrition, redeployment and voluntary redundancy.

‘Where it is necessary for employees to leave the company, we will look to achieve this by offering voluntary redundancy. Compulsory redundancies will always be a last resort.

‘Today’s announcement involves making difficult decisions and we are committed to working through these changes in a careful and sensitive way.’ 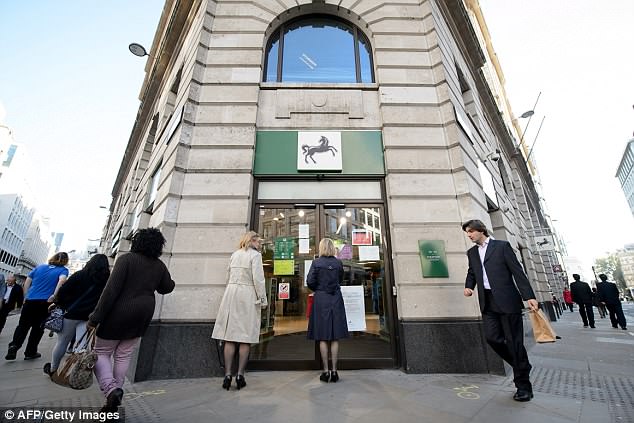 The bank said it was all part of a £3billion investment aimed at ‘new technology and people, equipping teams with the specific skills required to advise and support our customers.’

It is the latest in a string of announcements from Lloyds that have seen the overhaul its workforce and branch network in recent months.

In April, Lloyds announced it was slashing 1,230 jobs across its branch network and some central functions.

The decision was part of plans to shut a further 49 branches across its Lloyds and Halifax brands between July and October this year.

Lloyds said in April that it was creating 925 roles elsewhere in the business and was adding another seven mobile branches to its network to offset the closures.

The lender last year confirmed would shut 100 branches with hundreds of jobs being impacted, while in February, it announced another 465 roles were being cut.

Recent figures from consumer group Which? suggest around 60 bank branches are being closed every week, with RBS closing the doors to the highest number.

The research by Which? revealed that 2,868 branches will have closed between 2015 and the end of this year.

The consumer group called the trend ‘alarming’ and said many people were left without proper access to services, particularly those unable to access online services.

In April, the group announced it had enjoyed a ‘strong start’ to 2018, with profits for the first three months of the year jumping by nearly a quarter.

Lloyds made pre-tax profits of £1.6billion in the first quarter, marking a 23 per cent increase on the same point a year earlier.

The group said it had set aside £90million in costs for payment protection insurance mis-selling claims, taking its total bill for the saga to £18.8billion.