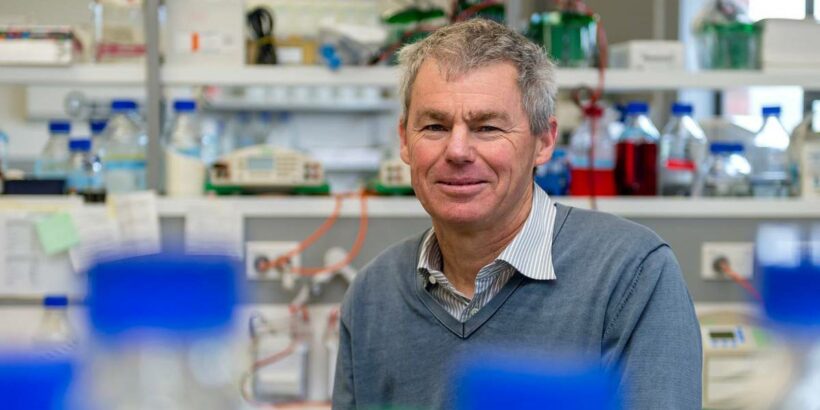 Alert level 4 lockdown may have helped stamp out an RSV outbreak that had put dozens of babies in hospital around the country, says a leading immunologist.

The country was plunged into alert level 4 restrictions 10 days ago, following the detection of community cases of Covid-19 in Auckland.

Prior to this, an outbreak of respiratory illness this winter had seen emergency departments inundated and babies and infants hospitalised throughout the country.

At the beginning of the month, the Herald reported nine people across the country had died after becoming infected with RSV this winter, including six in Auckland’s central suburbs.

Today a spokesperson for the Capital & Coast and Hutt Valley DHBs confirmed there were no children or infants in Wellington’s hospitals with RSV or respiratory-related illnesses.

On the day the lockdown announcement was made – Tuesday, August 17 – there had been six children in Wellington Regional Hospital and one in Hutt Valley Hospital.

One child with RSV was currently being cared for in Christchurch Hospital, a Canterbury DHB spokesperson confirmed.

They said four children had been admitted to the hospital with RSV since alert level 4 restrictions began.

But they said prior to alert level 4 numbers had already “reduced significantly” from their peak in July.

“It takes time for restrictions to have an effect on the number of children presenting with respiratory illness – anecdotally numbers have reduced further in the past couple of days compared with prior to alert level 4.”

Southland DHB also said there were no children currently in Southland or Dunedin Hospitals, although there had been three admitted in Southland, and one in Dunedin, since lockdown began.

In both hospitals, numbers had been beginning to decline before the onset of lockdown.

Research director at Wellington’s Malaghan Institute of Medical Research, Professor Graham Le Gros, said the outbreak in young children had likely been curbed by both lockdown and school holidays.

However, he said RSV could still circulate in adults and was a concern for elderly New Zealanders.

“Often the people that actually die from RSV are the vulnerable older people,” he said.

“It’s been going around the adult community and people of a vulnerable age, and it’s been linked to a couple of deaths. It’d be good to keep an eye on it.”

Earlier this month Stuff reported a number of deaths linked to RSV in the top of the South Island, with Nelson Marlborough DHB expressing particular concern for older populations.

Previously Le Gros had spoken about lockdowns leaving vulnerable populations more susceptible to infection, and had pointed to last year’s lockdowns as a factor in the severity of winter illnesses this year.

“If it’s just a couple of weeks this lockdown won’t have much impact on increasing vulnerability, however if we are forced to have a long-term lockdown, absolutely it makes the population vulnerable.”

Low-level infection circulating in non-lockdown times allowed for a “conditioning” of the immune system.

“One of the important things about keeping this low-level infection going around is just boosting the local what I call mucosal immunity … your mouth, your nose, your lungs.

“We call it conditioning, like running or walking, just keeping your fitness going … without that you’re vulnerable to all sorts of different things.

“And when something like a pathogen comes in, it causes much more severe infection because you’re not conditioned.”