LONDON (Reuters) – British police named the man who stabbed two people to death in London on Friday in what the authorities called a terrorist attack as 28-year-old Usman Khan, who had been convicted of terrorism offenses and was released from prison last year. 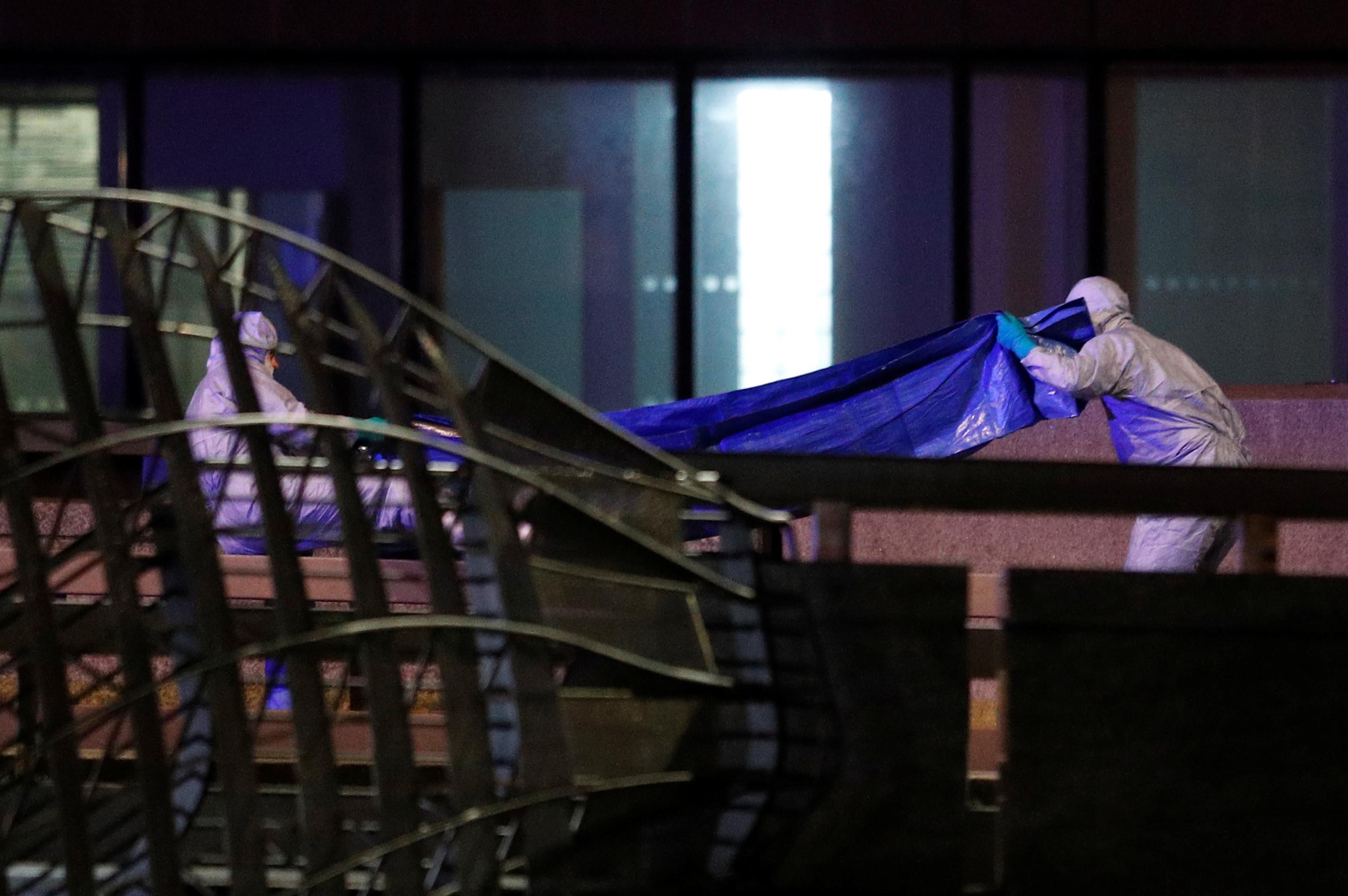 “This individual was known to authorities, having been convicted in 2012 for terrorism offenses,” Britain’s top counter-terrorism police officer, Neil Basu, said in a statement.

“He was released from prison in December 2018 on license and clearly, a key line of enquiry now is to establish how he came to carry out this attack,” Basu said.

A person who is released on license is subject to conditions for the duration of their sentence after leaving prison. The Times newspaper reported that Khan had agreed to wear an electronic tag.

The attacker went on the rampage just before 2 p.m., targeting people at Fishmongers’ Hall near London Bridge in the heart of the city’s financial district – the scene of a deadly attack by Islamist militants two years ago.

In addition to the man and the woman who were killed, a man and two women were injured and remain in hospital, Basu said.

Just before news broke of the suspect’s previous conviction, Prime Minister Boris Johnson, who is seeking re-election on Dec. 12, said criminals must be made to serve their sentences.

“It is a mistake to allow serious and violent criminals to come out of prison early, and it is very important that we get out of that habit and that we enforce the appropriate sentences for dangerous criminals, especially for terrorists,” he said.

During the 2017 election campaign, London Bridge was the scene of an attack when three militants drove a van into pedestrians and then attacked people in the surrounding area, killing eight and injuring at least 48. The attack focused attention on cuts to policing since the governing Conservatives took power in 2010.

“We owe a deep debt of gratitude to our police and emergency services, and the brave members of the public who put themselves in harm’s way to protect others,” Corbyn said late on Friday.