‘Just days before she had friend-zoned me’: London Bridge victim who was stabbed in the neck trying to fight off terrorists reveals he is now engaged to his ‘soulmate’ one year on

A man who fought off ISIS terrorist on the attack on London Bridge and Borough Market a year ago has got engaged.

Geoff Ho, 41, a journalist has said he’s found his soulmate in a long-term friend Cecile De Alenca, 37, who was ‘the first face he saw’ after waking up in hospital following last year’s attack.

Mr Ho, was watching the Champion’s League final in the Black And Blue restaurant with his friends when Khuram Butt, 27, Rachid Redouane, 30, and Youssef Zaghba, 22, began their onslaught of terror that killed eight and injured a further 48. 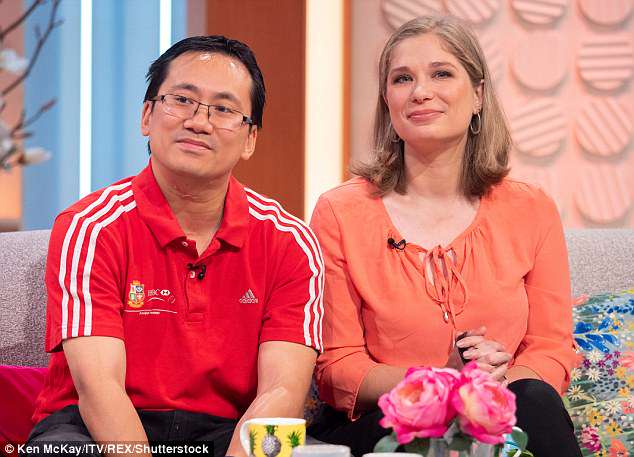 Mr Ho, the City editor for the Sunday Express, was hailed a hero after he charged at the attackers, buying crucial time band potentially saving lives before emergency services arrived.

He was stabbed in the neck and his Adam’s apple was severed as the knife narrowly missed major arteries.

But a year on, the hero is optimistic about the future.

He had met his fiancee, Ms De Alenca at a Kung Fu class and the pair were long term friends before becoming romantically involved.

Speaking on finding love after an attack on ITV’s Lorraine this morning, Mr Ho said: ‘She’s the one. I’d been trying to go out with Cecile for a while. Just before London Bridge, days before, it was the bank holiday weekend and Cecile had a barbecue and she’d friendzoned me.’

Ms De Alenca, who joined him on the breakfast show, said ‘My first thought when I heard [about the attack] was “I need to go to hospital”. I thought he could have died and I started asking myself questions.’

She then visited him every couple of days for the remainder of his time in hospital, fighting off queues of people there to see him.

Mr Ho also discussed the widely circulated image of him on the night of the attack. 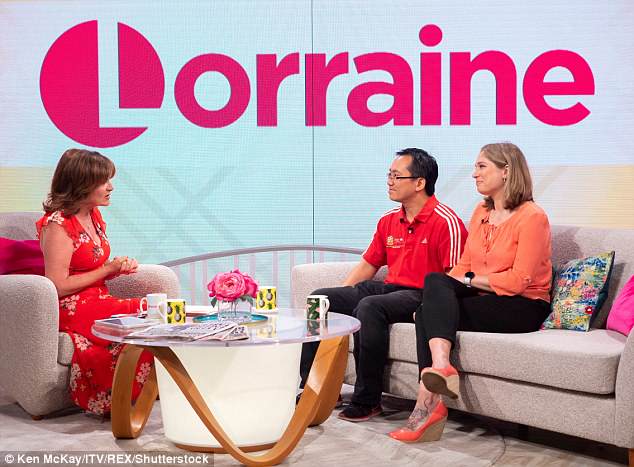 He said he ‘hates’ the picture of him holding a t-shirt to his neck and being assisted by a police officer, because of the ‘distress and worry’ it caused to all his friends and family.

Lorraine also praised the hero’s ‘spot on’ proposal, as he told her he got down on one knee in Paris and proposed in Ms De Alenca’s native french.

The couple said they would be getting married in Nice, but are yet to pick a date for the big day. 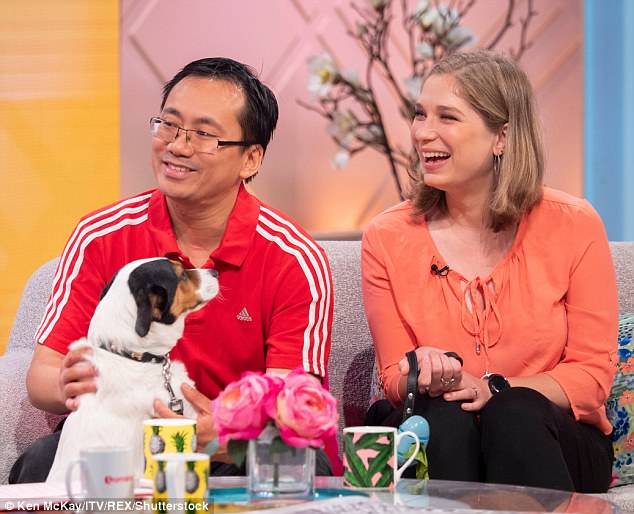 The couple were also joined by their dog, Tino, who Mr Ho thanked for helping with his recovery

Mr Ho also shared that the couple’s dog, Tino, was helping him to recover by going on regular walks, talking and playing and even joked he the pooch might be best man.

Speaking yesterday, the one-year anniversary of the attack, Mr Ho praised the police, ambulance service and NHS on twitter, saying he wouldn’t be here today if it was not for them.

He also thanked the ‘off duty guys who ran towards danger that night to help others’ telling them ‘you’re the best’. 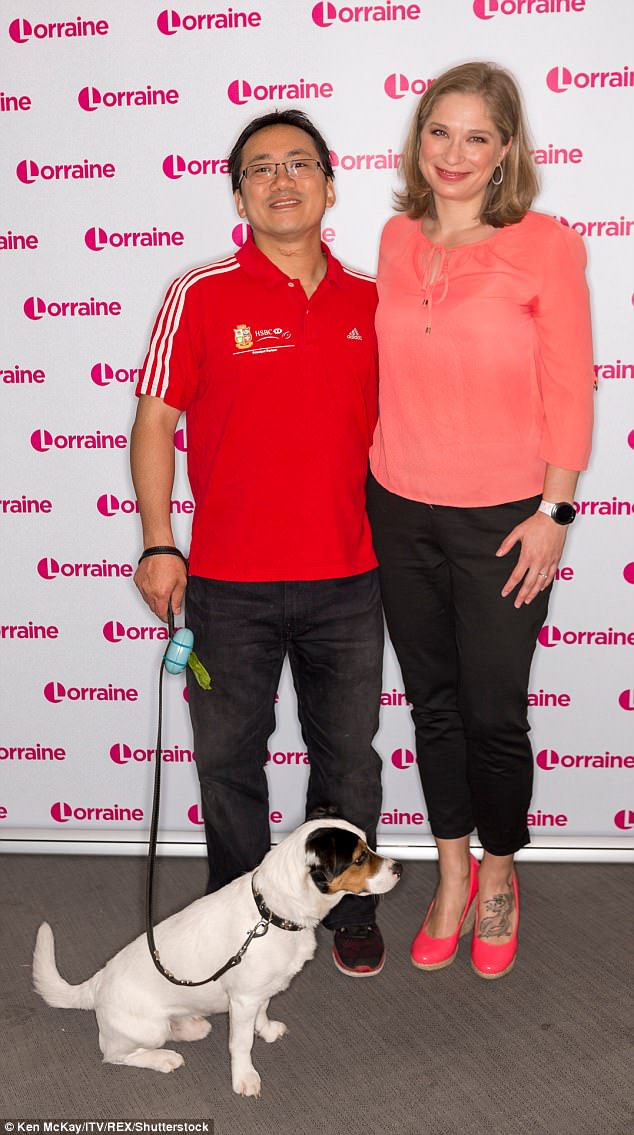 The couple, who met in Kung Fu class, want to get married in Nice, France

Mr Ho has also said how he’s found happiness after the attack and that he gets on better with his family and friends now more than ever, as an ‘in your face’ to the terrorists.

‘Tragedy cuts through everything. It wipes away all the extraneous, unworthy, unnecessary things and it just leaves the truth’ he told the Sunday Express.

‘Now I tell my friends when it’s not working out for them with a girl, “Don’t worry, you can break out of the friend zone. Just don’t do anything as drastic as I have, which is to fight Islamic State.”‘