Borough Market was turned into a bloody sea of mayhem when three terrorists launched a murderous rampage on revellers on June 3. 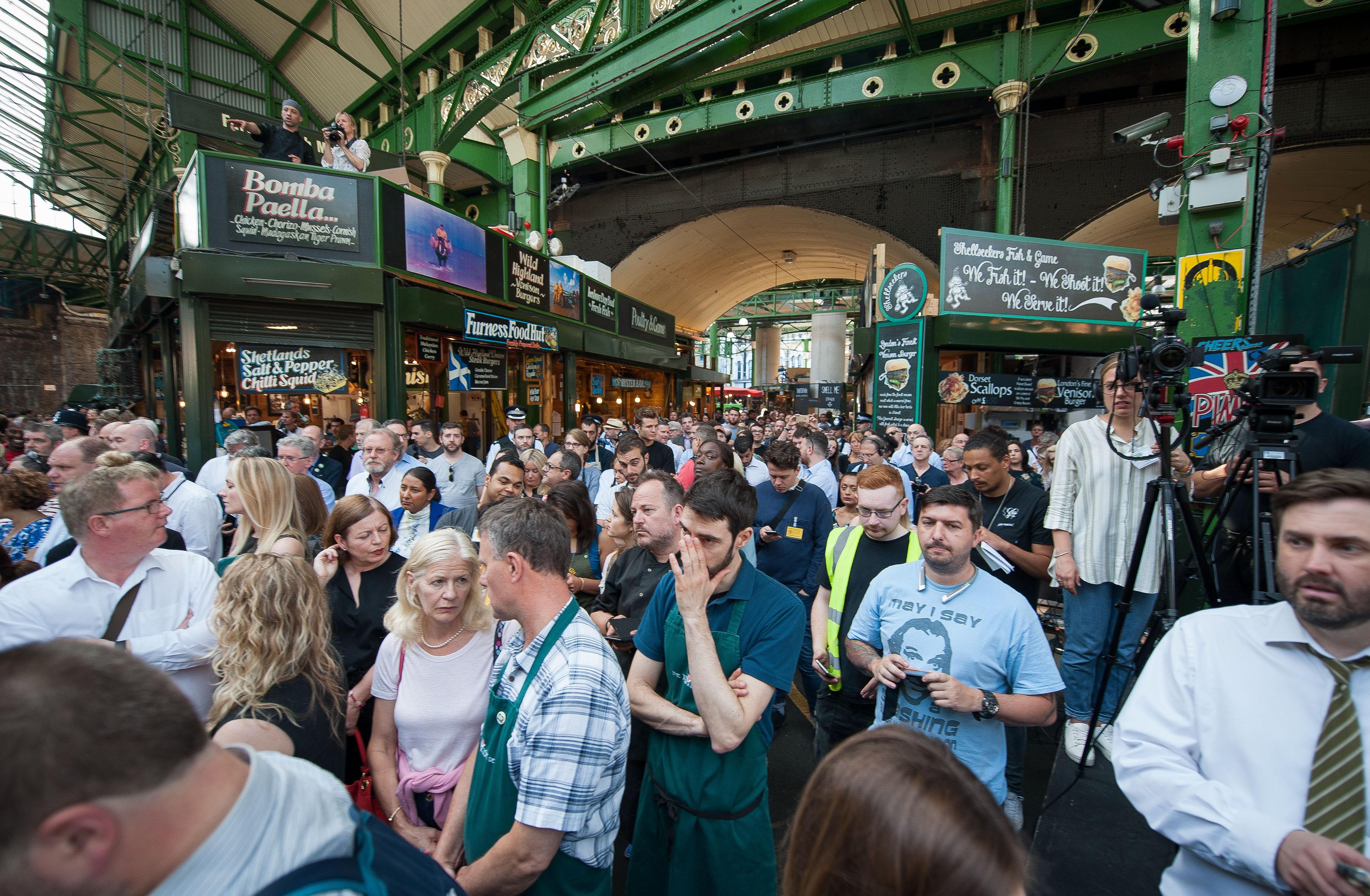 Eight people were killed in the horror as Khuram Butt, 27, Rachid Redouane, 30, and Youssef Zaghba, 22, rammed a car into pedestrians before slaughtering innocent people.

The depraved trio were shot dead by armed cops in the carnage, which lasted for little over eight minutes.

London’s oldest fruit and veg market was closed for 11 days for the clean up, which cost traders around £1.4million.

A crowdfunded trader support fund raised over £100,000 and an emergency reserve of £33,000 was added to the pot – but many weren't covered by insurance due to a loophole. 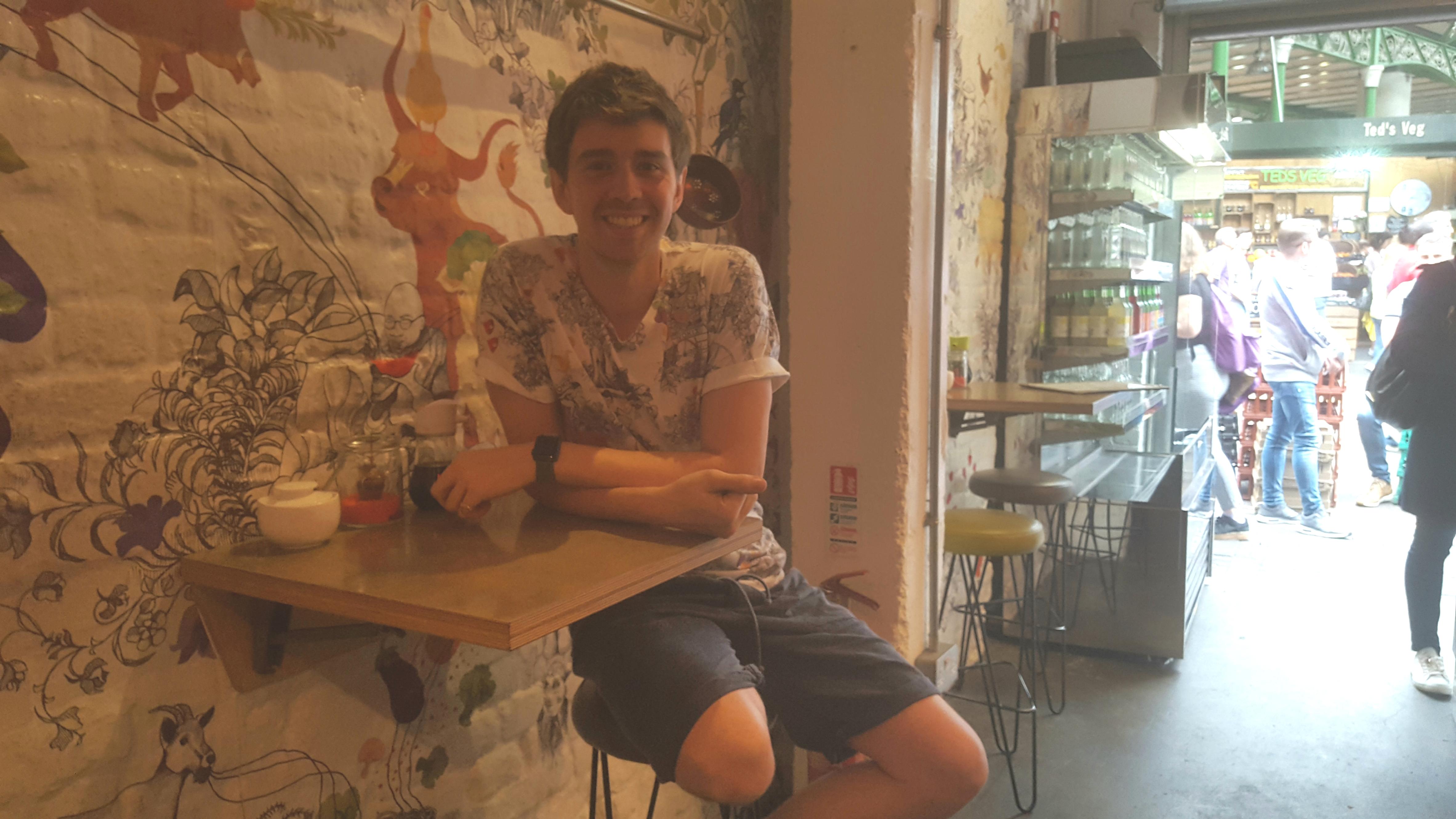 Sun Online spoke to businesses caught up in the horror to find out how they are dealing with the aftermath a year on.

Richard Martin, owner of Wok It, had two members of staff leave the restaurant in the wake of the attack as they felt they couldn't return to the scene of the atrocity.

He said: "I was in Lisbon at the time on holiday and got a phone call from my head chef telling me there was a guy running around the market with a knife.

"I told him to get everyone inside and close the shutters but they didn't make in time and one of the terrorists came in and tried to slit my chef's throat. 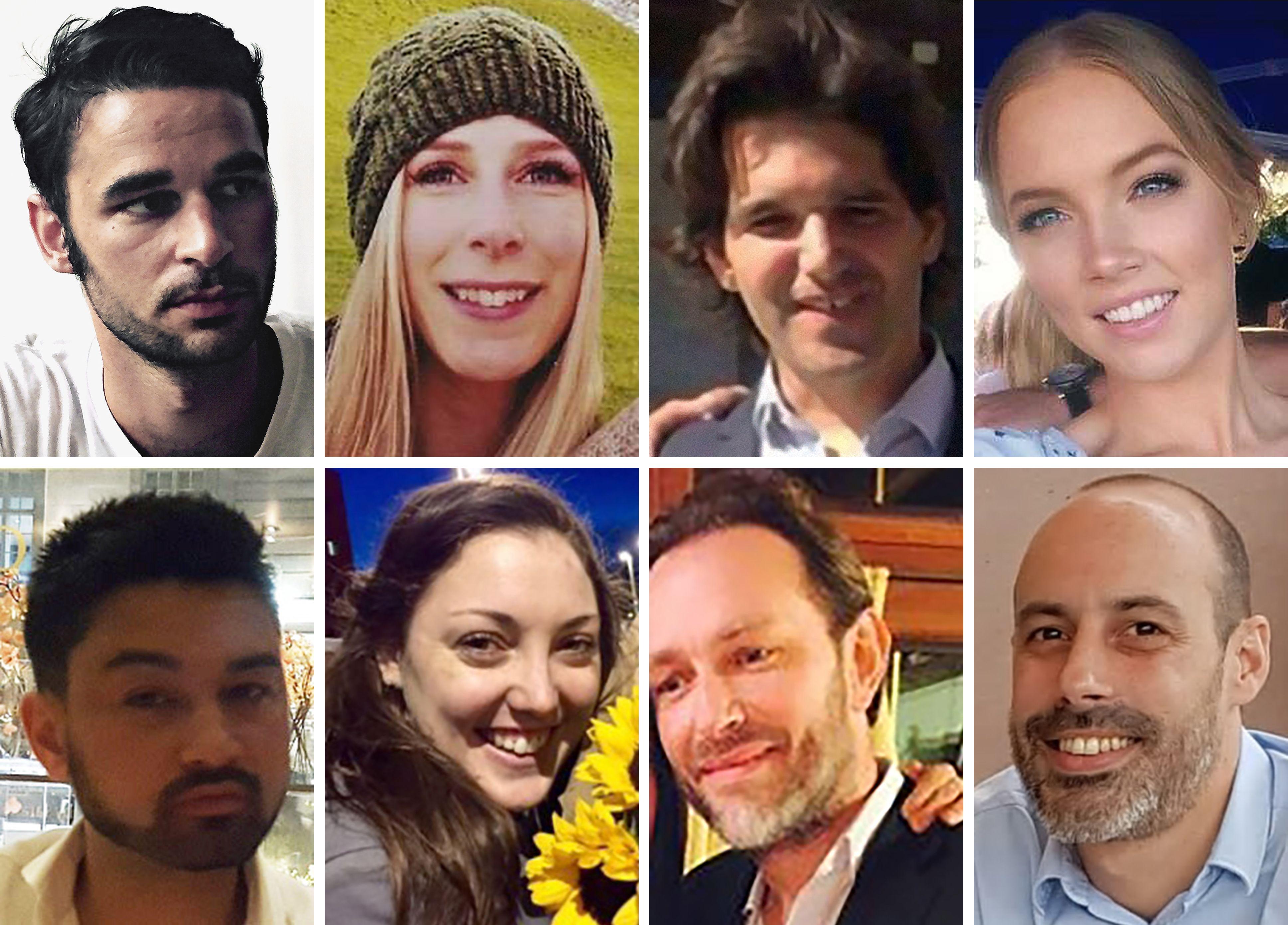 "He didn't realise but my chef is ex Mongolian special forces so he threw the guy against a wall and reached round to get a wok to hit him.

"The bloke ran out and got shot dead right outside my restaurant.

"The two guys in that night felt violated in their own place of work and had to leave as a result.

"They saw that guy get his brains shot out and never felt the same returning here."

Richard also revealed trade has been down in the market ever since the attack, but has vowed to keep going. 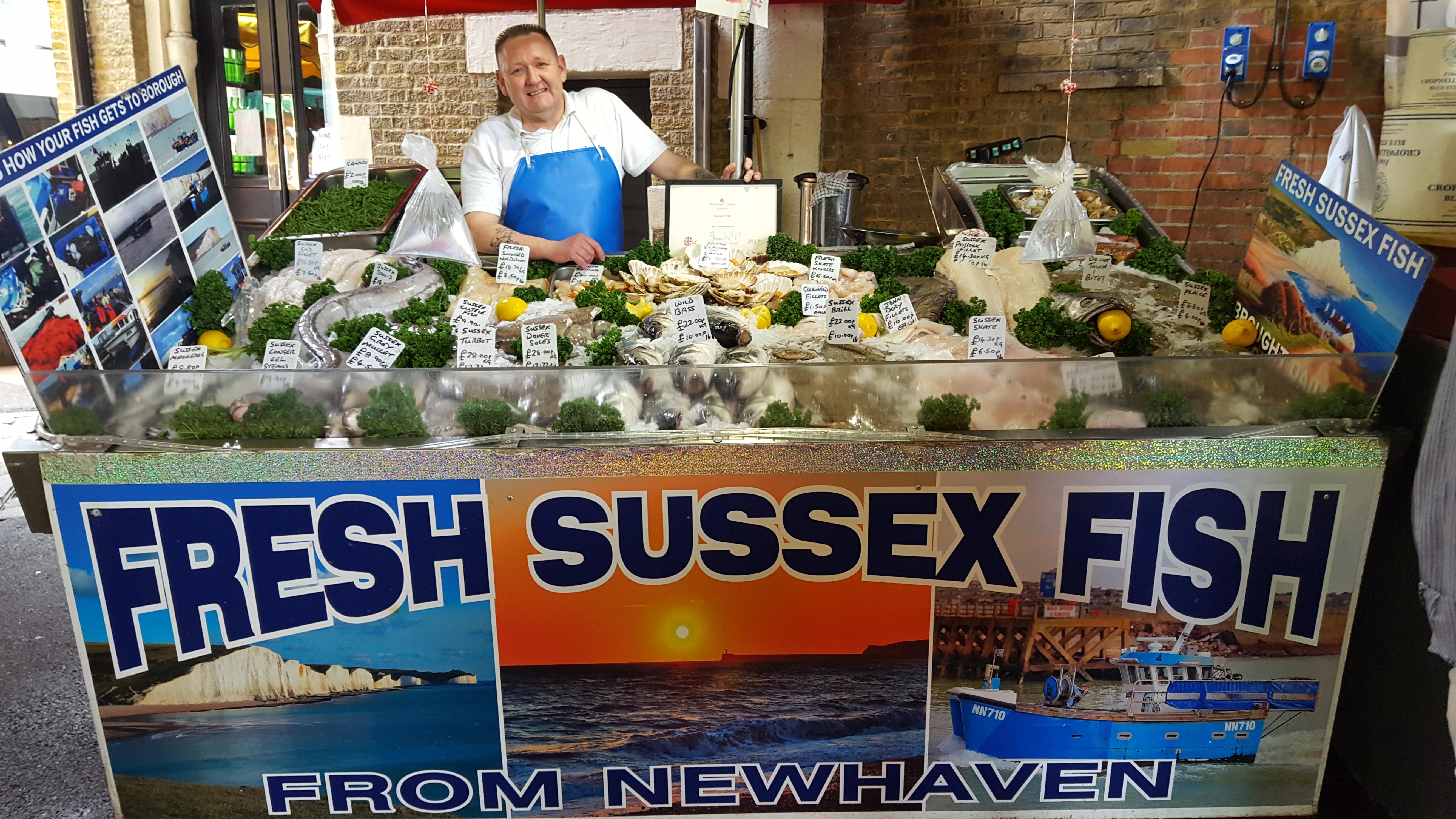 His defiance has been echoed by fellow trader Paul Day, from Sussex Fish, who said: "You can't let the bastards win".

Paul wasn't in the market on the night of the attack, but said the days after were "unbelievable", with hundreds showing their support.

He added: "The emotion was pretty intense. At the end of the day I went out the back and just cried because of the gravity of the situation.

"I was never scared, this is our community in the middle of London and the spirit everyone showed was amazing.

"We will never be beaten, that's what London is all about." 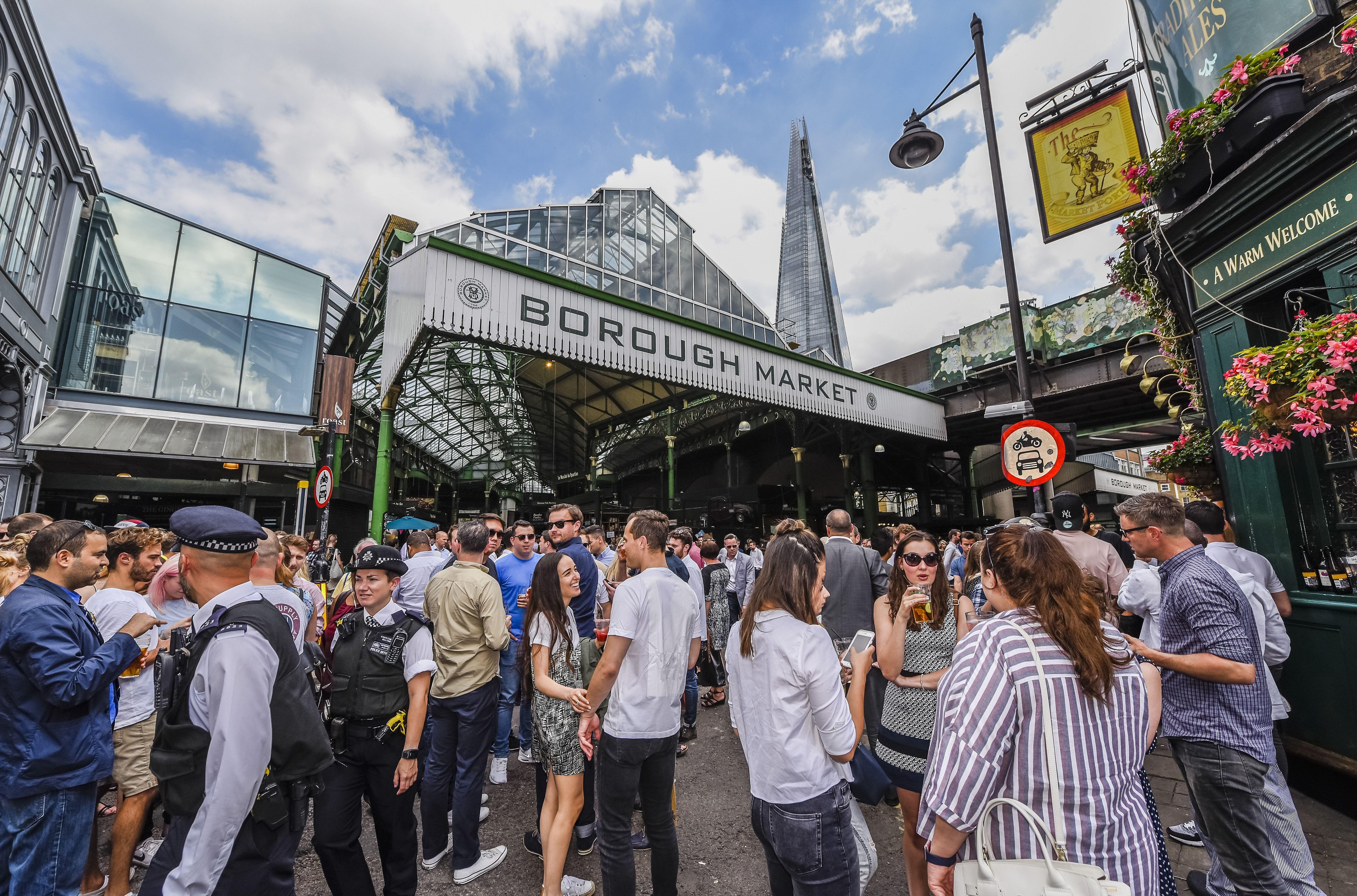 Charlie Hazeldine, who works at Nana Fanny's, was evacuated to safety on a speed boat when the horror unfolded.

He said: "I was in the Rake carpark after work and heard all this madness and people suddenly started running out the back.

"We walked round and just saw absolute carnage and then heard the gunshots.

"Everywhere we went, we were trapped but ended up getting jostled into the basement of the Thameside Inn where we had to all be quiet and turn our phones off.

"Eventually we got evacuated and actually ended up being taken on to speed boats to Tower Bridge, where we were kept in a hotel until 6am. 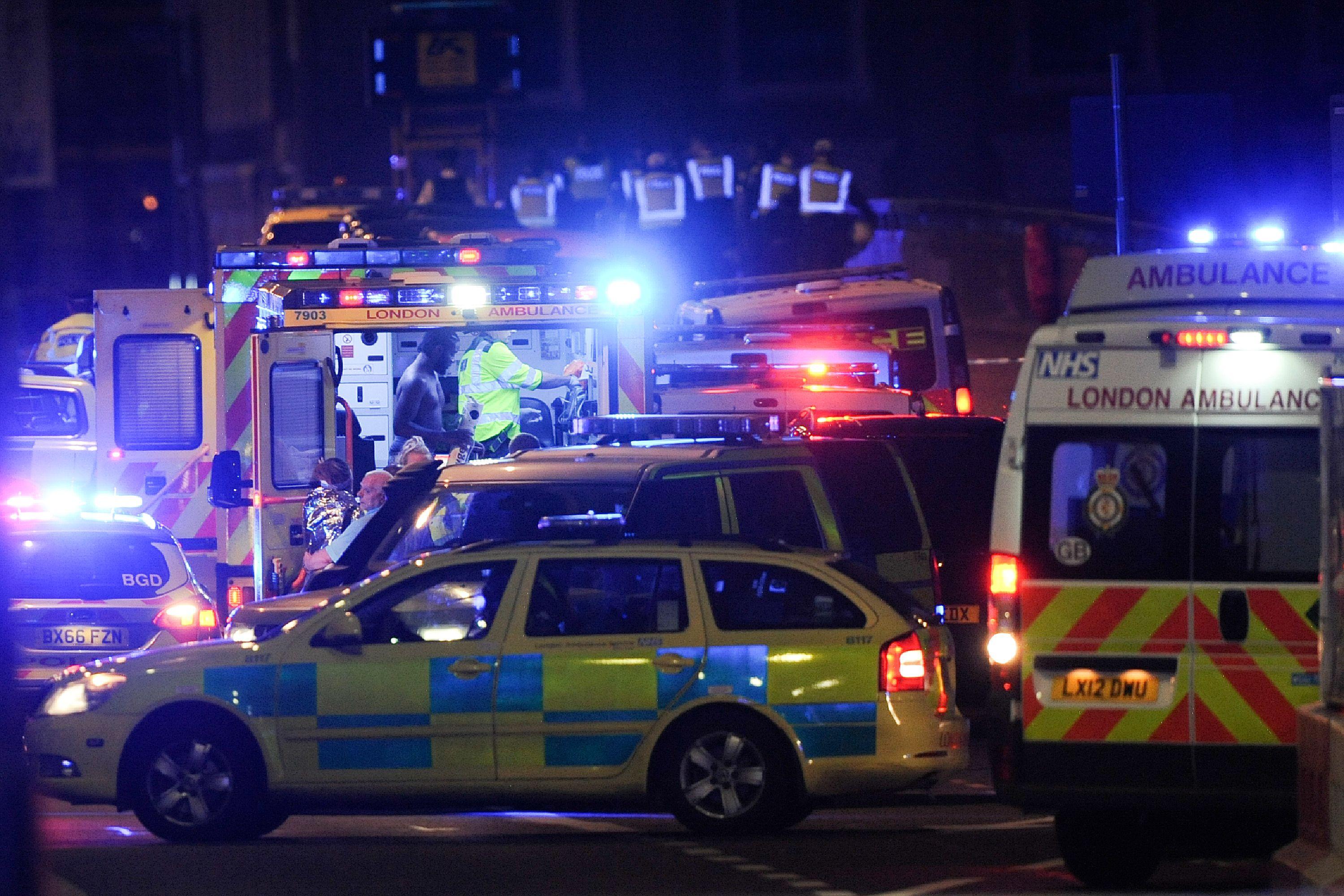 "That's when I actually saw what had happened as we were all watching it unfold on TV.

"It was so crazy to see and that was the first time any of us got scared because we realised what was going on.

"Everybody was sat there like 'what the f*** is going on'.

"Borough Market is meant to be our safe place, we drink here most nights.

"When we re-opened there was such a sense of pride with everyone coming together, it was true London spirit."

For David Oshaughnessy, who works at Rhug Estate butchers, the attack has had a lasting effect on how he carries out his business. 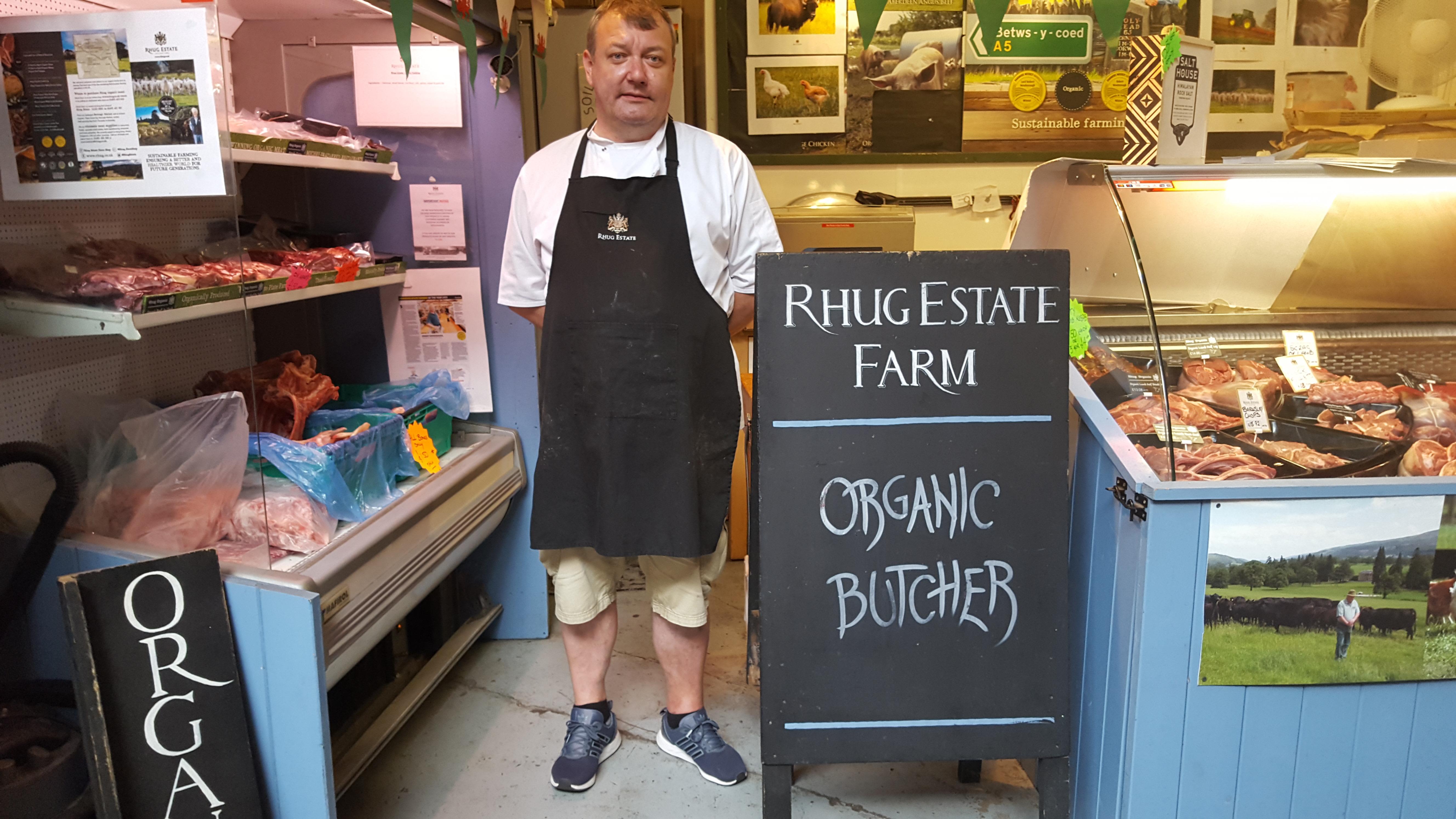 He explained how he receives security emails warning him to lock his knives away, adding: "It's the little changes that make you remember what actually happened here that night.

"I'm not sure anyone will forget but you have to move on."

Doreen Gittens, from A Taste of Grenada, told Sun Online "you can't let the terrorists win" as she revealed she would have returned to work the day after the attack if she could have.

She said: "This is my stomping ground and my area of interest and I love it and I won't let anyone take that away from me."

Market traders are now preparing for a memorial service today at Southwark Cathedral to mark the one year anniversary.

Four stone corbels have been commissioned to mark the anniversary and a tree of healing will be blessed.

Following the service at 3pm, there will be a procession from the cathedral to London Bridge so flowers can be laid and a nationwide minute’s silence will be held at 4.30pm.