FOR some the bank holiday has been a chance to relax but for others it's a time to rally support for a range of social and environmental causes.

Here's everything you need to know about what groups are protesting across London this weekend and why. 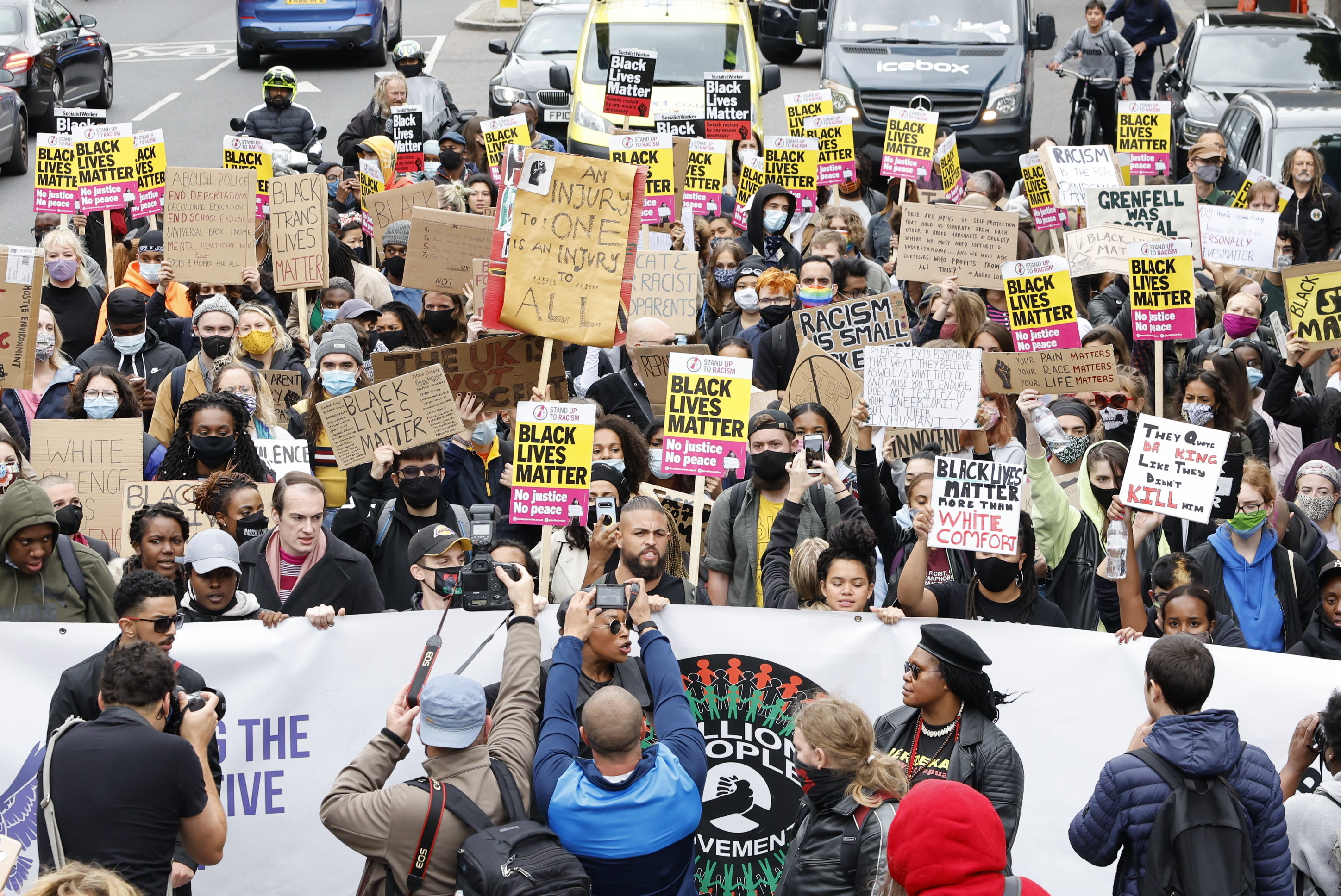 Why are people protesting in London this weekend?

Up to 3,000 police officers were set to be deployed in London over the bank holiday weekend amid fears of public disorder.

Multiple groups have come together to demonstrate for a range of causes.

Who are the different groups staging protests?

The Million People March is taking place on the iconic Notting Hill Carnival route, which was cancelled this year because of the coronavirus pandemic.

Demonstrators were heard chanting 'Black Lives Matter' whilst reggae music was blasted in the background – which is one of the genres associated with Notting Hill Carnival. 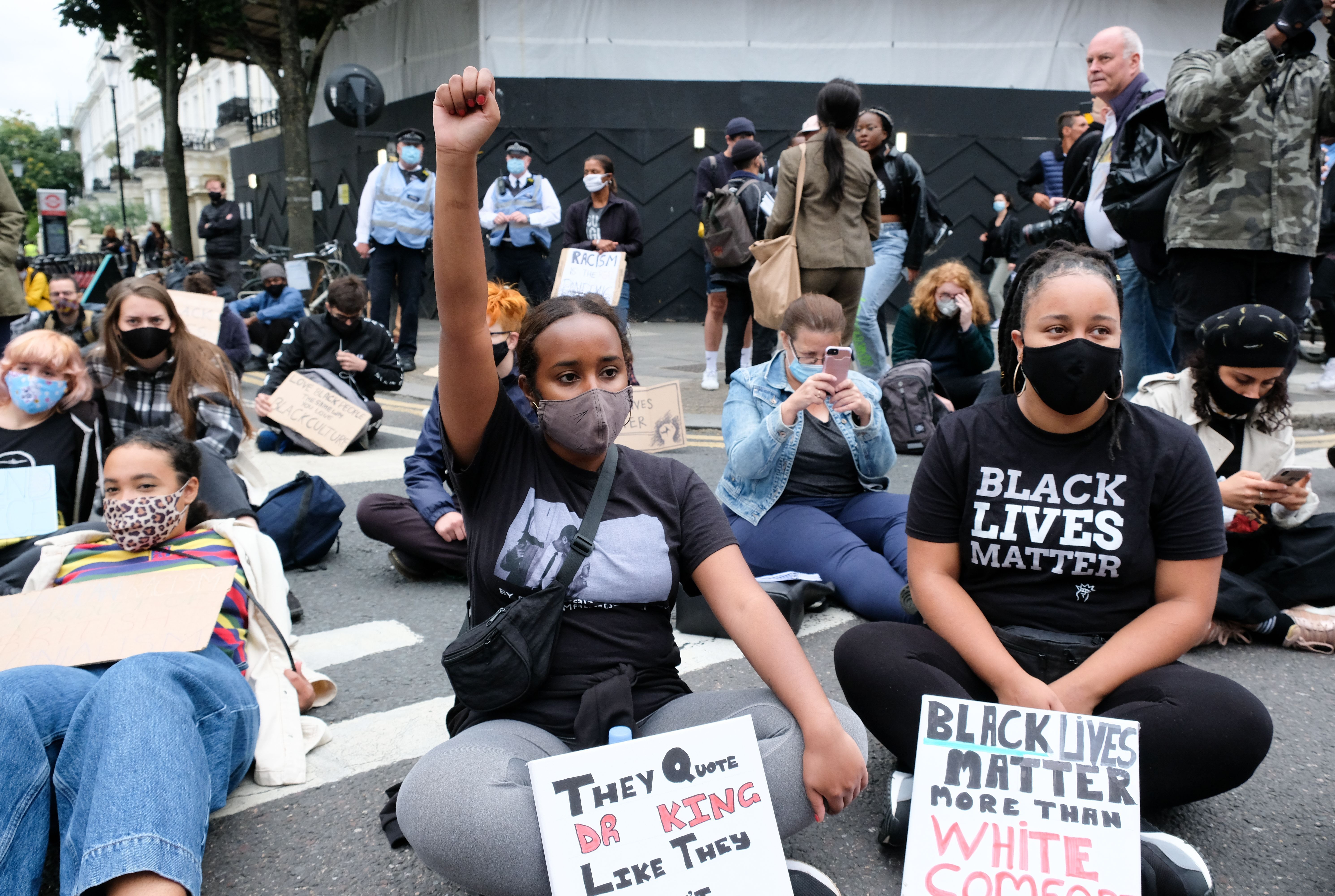 Environmental activists Extinction Rebellion will also demonstrate across the UK this weekend- including Oxford, Cardiff, Leicester and York.

Activists will also march from the Brighton seafront to London with a lightship named after the young climate activist Greta Thunberg.

The protests are a precursor to larger protests next week, beginning on Tuesday, in which activists plan on blocking streets in London, Manchester and Cardiff.

The group is focusing its efforts on UK airports Stansted, Luton and Leeds Bradford. 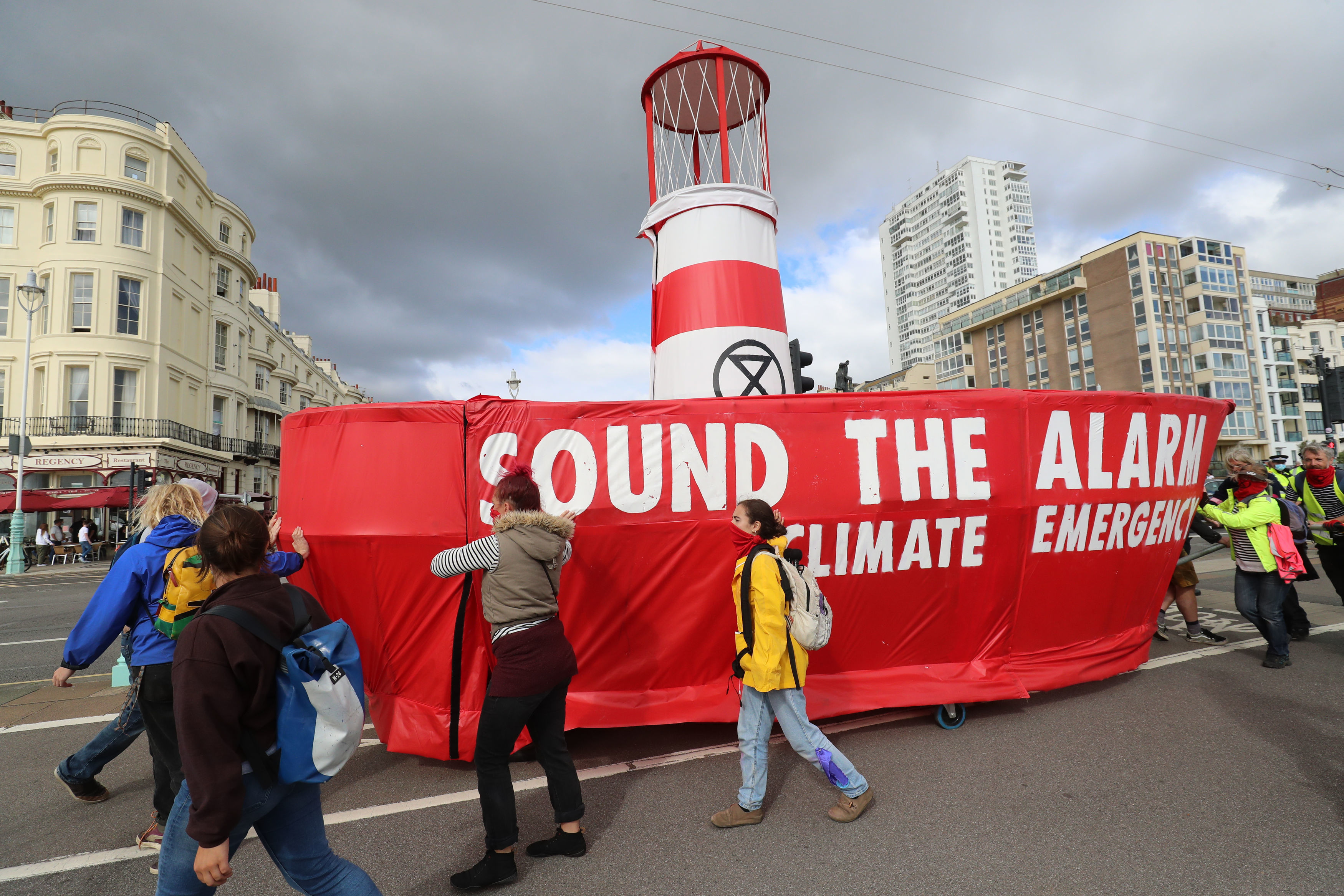 What are the aims of the protestors?

Black Lives Matter protesters in the Millions People March are demonstrating for an end to police violence and racism.

On the website, the demo's organisers said: "We are incorporating the Carnival spirit which is to celebrate emancipation from slavery and also to express what freedom means to us as a minority.

"We are taking back control of our heritage out of the hands of our oppressors.

"We want to bring all the different groups calling for Change under one roof, on a global stage, to a global audience to put further pressure on the UK Government."

The death of George Floyd in Minneapolis, US, at the hands of white policemen has caused a worldwide reinvigoration of anti-racism protests.

His death sparked the global Black Lives Matter protests after a video went viral on May 25, 2020, showing police officer Derek Chauvin kneeling on his neck and back as he pleaded for his life. 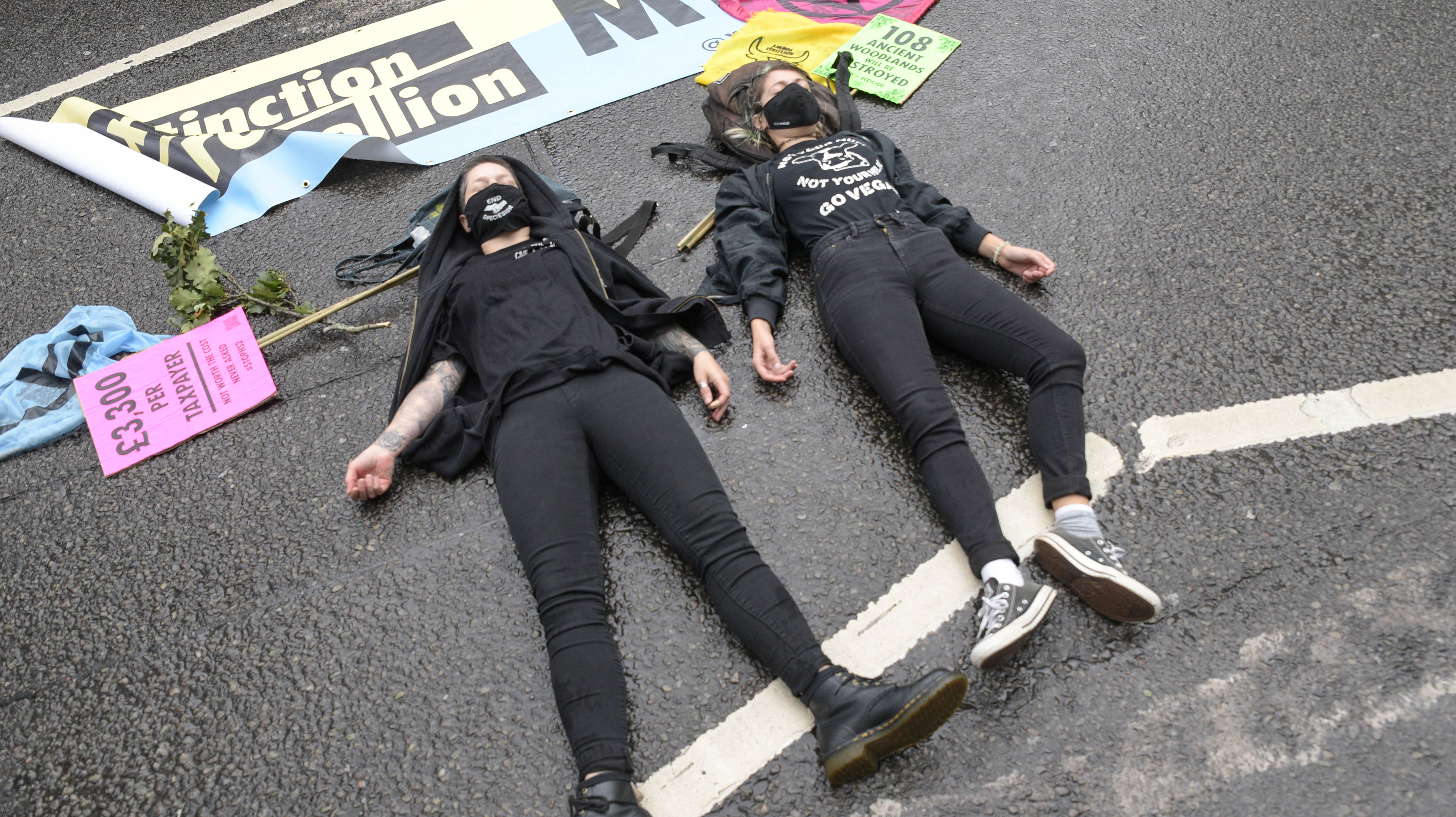 They are also calling on MPs support their proposed climate and ecological emergency bill.

Protests at airports aim to prevent the aviation industry from returning to “business as usual” after the coronavirus pandemic.

“The pandemic has shown us how vulnerable we are on a finite planet and we’re being told the coronavirus recovery might be the last, best chance we have to make the radical change needed, but the government is refusing to kick its addiction to the fossil fuel economy,” a spokesperson for Extinction Rebellion told The Guardian.

“Many of us feel a desperate need to put pressure on them now, not wait until next year when the world has been pulled back to business as usual.”

A statement on the group’s website said: “There should be no going back to the industries that are causing the most damage in this climate and ecological crisis.

“This is a sector which needs to drastically reduce emissions to reduce its huge impact on the climate crisis, yet governments are sending a very different signal by allowing increasing flight numbers, runway expansions and no-strings-attached airline bailouts.” 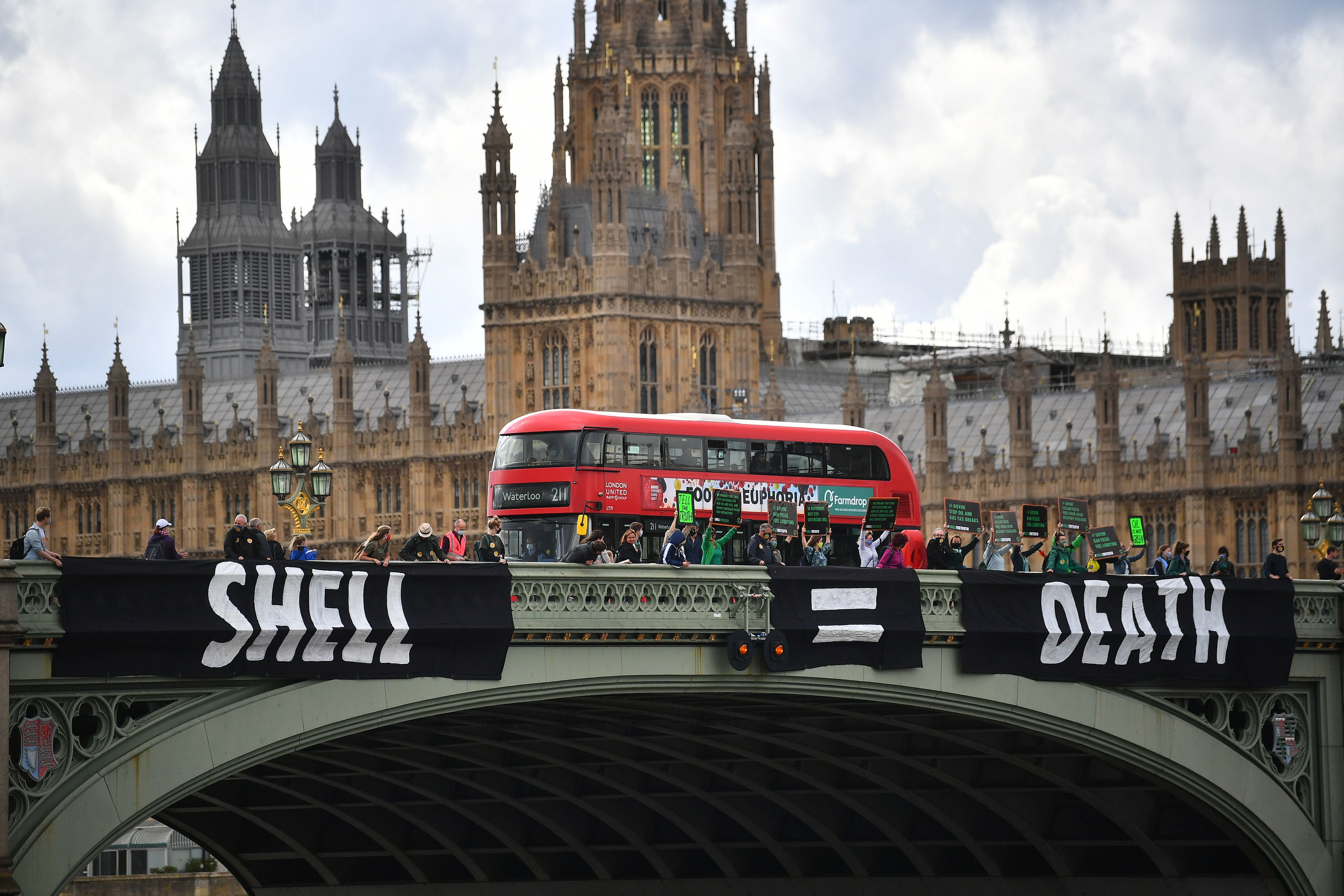