An eyewitness claimed on to have heard as many as 17 shots fired during the attack. 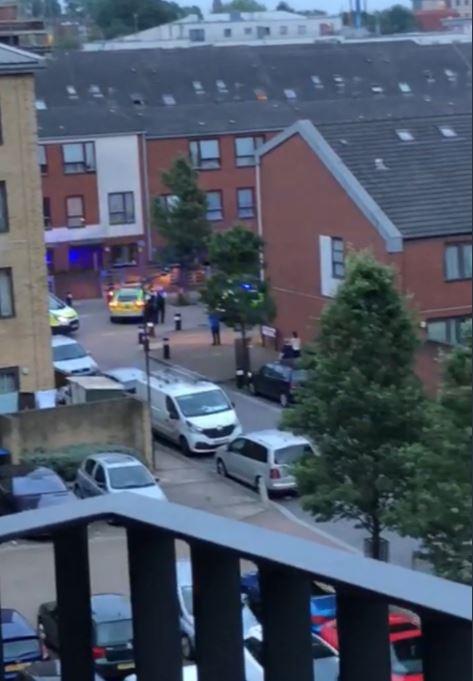 A resident told the Evening Standard: “From what I can tell, he was sitting in his car when he got into an argument with someone who then shot at him with a machine gun [at least] 11 times.”

One man on Twitter said: 'Heard shots all the way from north side Stonebridge as they were fired I counted about 17 shots. Absolute madness!!! Enough is enough!!!'"

The Stonebridge branch of the Met have Tweeted saying: "Section 60 Criminal Justice and Public Order Act Stop and Search has been authorised until midday – these provide police with additional powers to robustly police the ward and reassure the community.

"The Section 60 covers the ward of #Stonebridge."

Cops said they were called to reports of a man with gun shot injuries in Brent, northwest London shortly after 8.30pm.

A Metropolitan Police spokeswoman said: "Police were called by the London Ambulance Service at approximately 8.34pm to reports of a man with gun shot injuries on Lawrence Avenue in Brent.

"A man believed to be aged in his 20s has been taken to a central London hospital with life threatening injuries."

No arrests have so far been made.

Dramatic footage from the scene showed stunned onlookers standing in the street in the wake of the shooting.