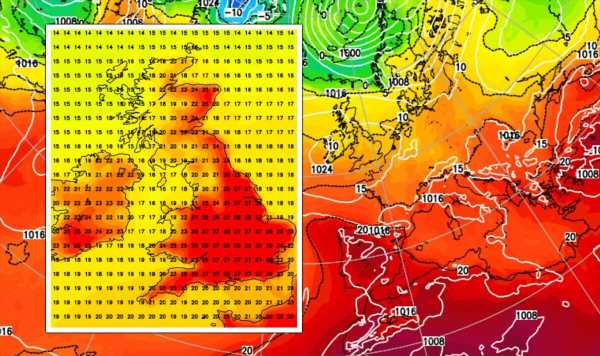 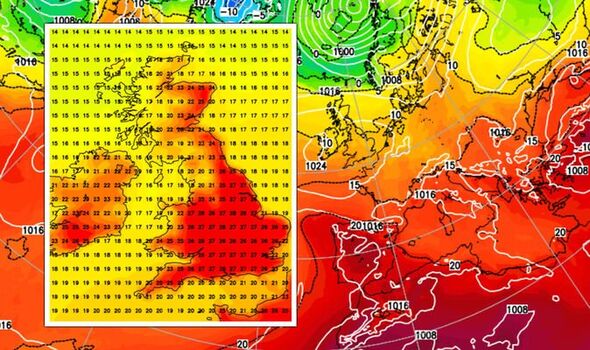 Forecasts for the next three months offer no sign of persistent rainfall which is the only remedy for the burgeoning disaster. Thames Yorkshire Waters will impose hosepipe bans next week joining Kent, Sussex, Hampshire, Wales and the Isle of Wight. Instead of rain, high pressure responsible for weeks of dry hot weather will make a return next week.

While temperatures through the end of August are not expected to rocket to levels seen in July, it means more dry weather.

Earlier this summer the Met Office revealed parts of Britain have seen the driest July on record. The next couple of months look likely to follow suit.

Jim Dale, meteorologist for British Weather Services and expert in weather impacts and safety, said: “This week will bring another four days of dry weather, including the bank holiday.

“In terms of the impact of the drought, it’s like working out the length of a very long piece of string, because we just don’t know how long it will be before this ends.”

“However, I would be fairly sure that it is not going to be before October as there is nothing in the forecast that suggests the type of rainfall, we need to replenish the rivers and reservoirs.”

“The thunderstorms and heavy downpours we have seen this week are not really going to solve the problem. They just scratched the surface.”

“We are looking at two to three months.”

It comes as government forecasters warn low-pressure swept into Britain on a ‘rejuvenated’ jet stream this weekend will bring a period of wind, rain and thunder.

Temperatures will be much lower compared to the past few weeks, hitting the mid-20Cs in southern Britain and stalling in the mid-teens further north.

“After a dry start on Sunday, cloud will build from the west as the next weather system approaches, bringing rain to Cornwall and then Northern Ireland by the end of the day.”

“A broad band of rain will move eastwards across the UK on Monday, it will be heavy in places with a risk of thunderstorms.”

The mercury will start heading upwards again towards the middle of next week as high pressure, the driver for this summer’s heatwaves, takes hold. 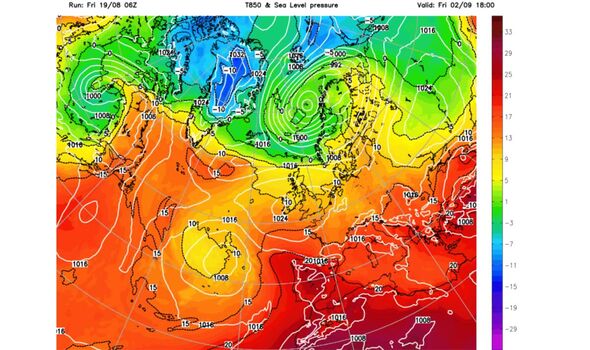 However, it will come nowhere close to driving the sort of hellish heat which this summer turned Britain into a fire-scorched tinderbox.

Met Office deputy chief meteorologist Adam Thornhill said: “While high pressure often brings fine and dry weather at this time of the year, with this system likely building to the west of the UK, cooler air is forecast to be bought southwards across the country from the north.”

“Combine this with daylight hours shortening as we move towards September, and temperatures are unlikely to reach the same level as we have seen at times earlier this summer.”

Sun-lovers can, however, get the barbecues out for the August Bank Holiday with early signs a burst of heat will round off summer.

Thermometers will rocket into the high-20Cs in parts of the country Bringing a ‘pleasant spell of British weather’. 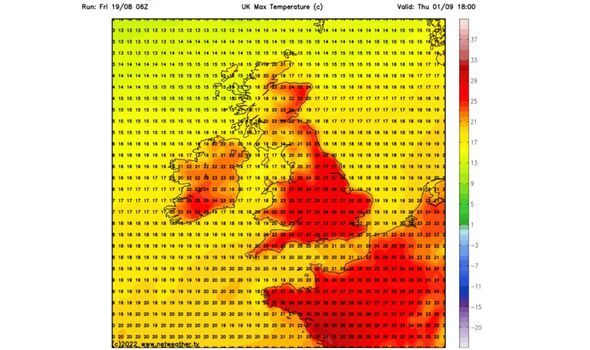 Mr Dale, author of Weather Or Not? said: “It is not going to be as hot as we heatwave seen this summer, but there are signs that temperatures will lift for the bank holiday.

“Rather than unbearably hot, we expect a period of pleasant British summer weather.”

Exacta Weather’s James Madden added: “The outlook is good for the bank holiday with some warm and settled weather on the way.”

Bookies have slashed the odds to 6-4 for temperatures to hit records over the August Bank Holiday.

Ladbrokes spokesman Alex Apati said: “We’ve had a mixed bag on the weather front so far this month, but the odds suggest the best is yet to come, with record-breaking temperatures potentially on the way.”