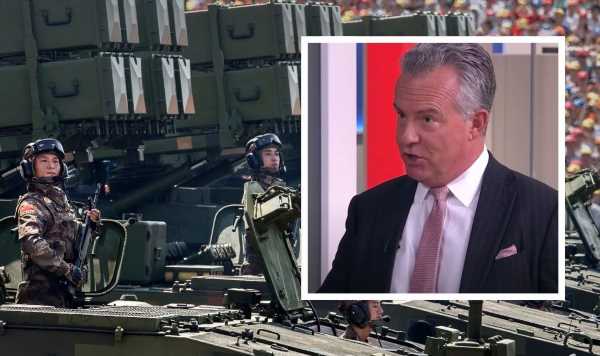 Retired Air-Vice Marshal Sean Bell has warned Taiwan’s military situation in the event of an invasion by China “looks bleak.” Beijing enjoys a massive advantage over the self-governing island in terms of an overall number of troops, airpower, and naval supremacy.

Mr Bell told Sky News: “From a purely military perspective, this is a David against the Goliath of China, China has a standing army of 2 million.

“Taiwan has a standing army of less than 10 percent that size, China has 2400 modern, fast jet aircraft, next-generation oozing technology. Taiwan has about 450 and they are very old aeroplanes, and China has the biggest Navy in the world, so that would dominate the whole region.

“So how would Taiwan manage its security, we will look to friends, it will look to allies and that’s why it’s cultivated a friendship with the US over the years.

“The challenge though, really is would the US come to its aid? Should anything happen and of course, as is happening with Russia invading Ukraine, NATO has been very clear not to get directly involved.

JUST IN: Putin’s puppet lays out plan to snatch Ukrainian children from families ‘Have to do this!’ 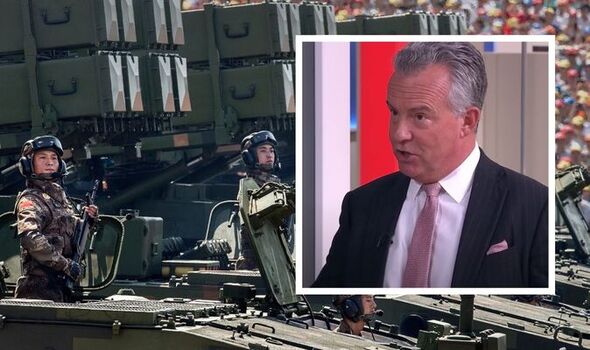 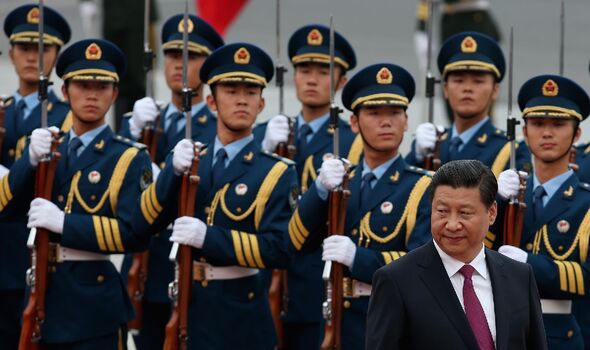 “So China will have assessed that so from a military perspective, looks quite bleak.

“The one positive is that Taiwan is an island and therefore any assault would have to be an amphibious assault.”

He added: “You want your clock back to the Second World War, Operation overlord when we had to liberate France we only had a gap of 20 miles, not 100 miles, and any invasion force will be really, really vulnerable.

“So it’s a difficult equation from a military perspective.”

China deployed scores of planes and fired live missiles near Taiwan on Thursday in its biggest-ever drills in the Taiwan Strait, a day after US House of Representatives Speaker Nancy Pelosi made a solidarity trip to the self-ruled island.

China’s military confirmed multiple firings of conventional missiles in waters off Taiwan as part of planned exercises in six zones set to run until noon on Sunday. It activated more than 100 planes, including fighter jets and bombers, and over 10 warships, state broadcaster CCTV said.

“The US-Taiwan collusion and provocation will only push Taiwan towards the abyss of disaster, bringing catastrophe to Taiwan compatriots,” said a Chinese defence ministry spokesperson.

Taiwan said 11 Chinese Dongfeng ballistic missiles had been fired in nearby waters – the first time since 1996 – while Japan protested that five missiles appeared to land in its economic zone. 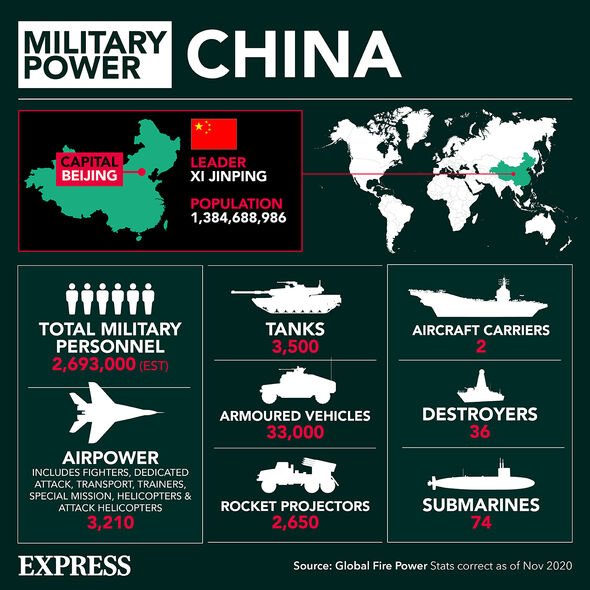 By midday, warships from both sides remained in close proximity as Taiwan also scrambled jets and deployed missile systems to track Chinese aircraft crossing the line.

“They flew in and then flew out, again and again. They continue to harass us,” the Taiwanese source said.