The Apprentice star, 71, phoned Good Morning Britain to wade in during a conversation about knife crime in the capital. 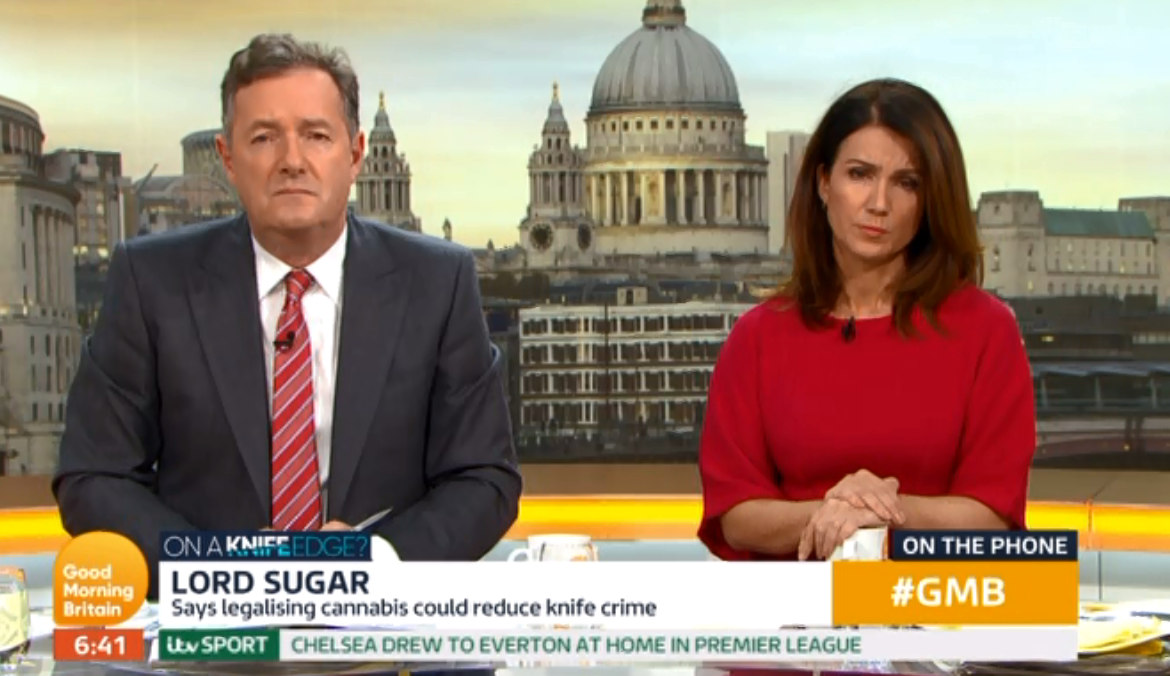 He argued that the Class B drug should be made legal and compared it to 1930s America when alcohol became legal to help tackle corruption and crime.

However, Piers Morgan was quick to highlight that research suggests cocaine is causing the dramatic rise in the murder rate.

Lord Sugar, who was born in Hackney, East London, said: "Well, Piers, I had a very strong opinion about two weeks ago when in the House of Lords there was a discussion about medical marijuana.

"It prompted me to jump up and ask the minister whether he felt if marijuana was legalised, albeit very very heavy regulated – in the same way alcohol and cigarettes are – whether this would put the kibosh on the gangs. 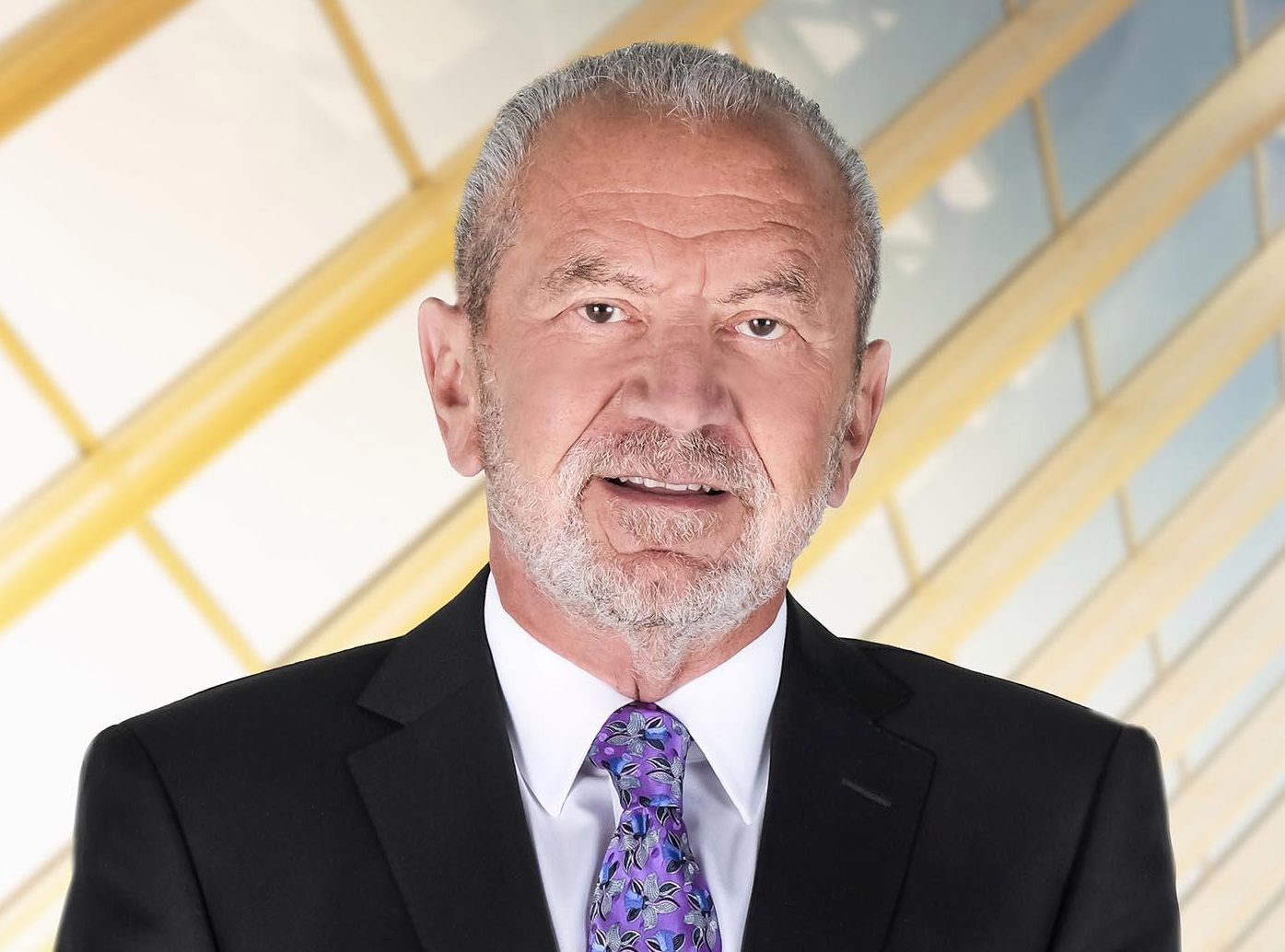 "I think you've got to ask what are they doing it for, is it reprisal for not paying up your drugs bill, or what?"

"My idea would be, one element of the problem, if it [marijuana] was legalised it would do away with a lot of gang culture, very similar to Prohibition in America many many years ago back in the 1930s, when alcohol was legalised again it just wiped out the crime and corruption.

"But, having said that, there are various elements. One is the drugs, two is this one-up-man-ship, kind of status thing, that it's pretty cool if you're known by your mates for stabbing people." 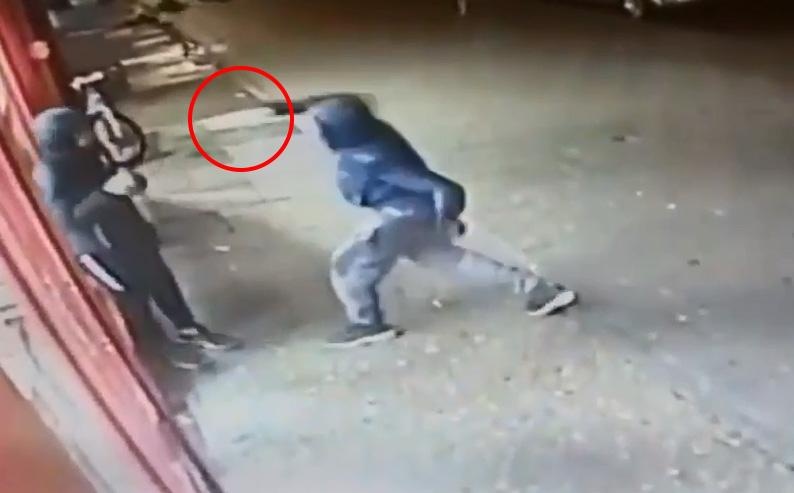 He also called on famous black actors and footballers to "speak out" and help young Londoners see the bigger picture.

The businessman added: "It is unfortunately black young kids who are getting involved in this.

"I would call for football players, famous black football players or actors to really get together to try and encourage these young  people for want of a better thing, 'get a life' and 'it's not cool to do what you're doing'.

"I do like the idea of legalising marijuana to let's say solve 30% of the problem." 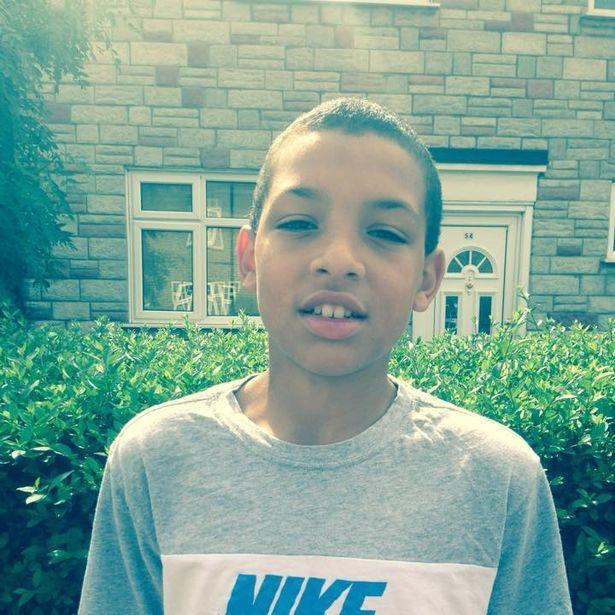 However, viewers didn’t agree with Lord Sugar and said the gangs are not selling cannabis and branded him "naive".

Jo Frost said: "These gangs are not selling weed, they are selling cocaine, opioids, heroin, like here in the states.

"Solution has to be internal and external for families across GB. Naive to think it's going to stop gang culture."

It comes as stabbings in the capital have risen 16 per cent as knife crime surges across the UK.

Excluding those killed in terror attacks like London Bridge, Westminster and Manchester, there was still a 12 per cent rise in murders — the highest numbers in a decade.

On Bonfire Night a 16-year-old boy, named as John Ogunjobi, was stabbed to death in Tulse Hill, South London.

The teenager's death marked the 250th fatal stabbing in the UK.

Meanwhile, shocking images showed a masked gang member stab a 15-year-old boy to death with a 10-inch knife outside a chicken shop.

Jai Sewell, also known as Jay Hughes, was stabbed once in the heart on the streets of Bellingham, South East London, earlier this month.