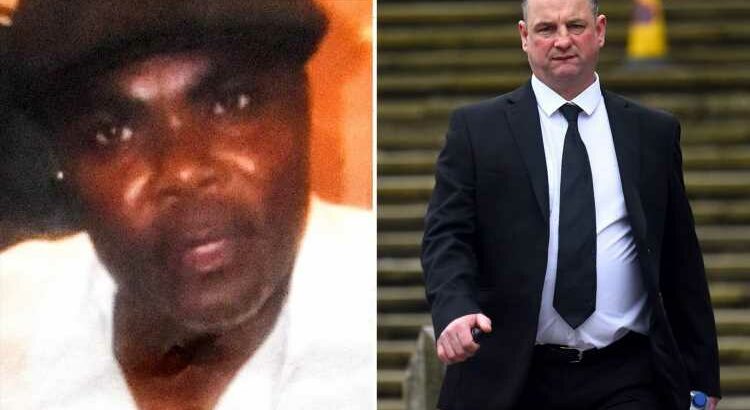 A LORRY driver who was gambling on his phone moments before he ploughed into and killed a beloved family man has been jailed.

Dean Moffat bet £20 on a greyhound race less than two minutes before he "cannoned" into Ric Mboma and killed the dad-of-four instantly. 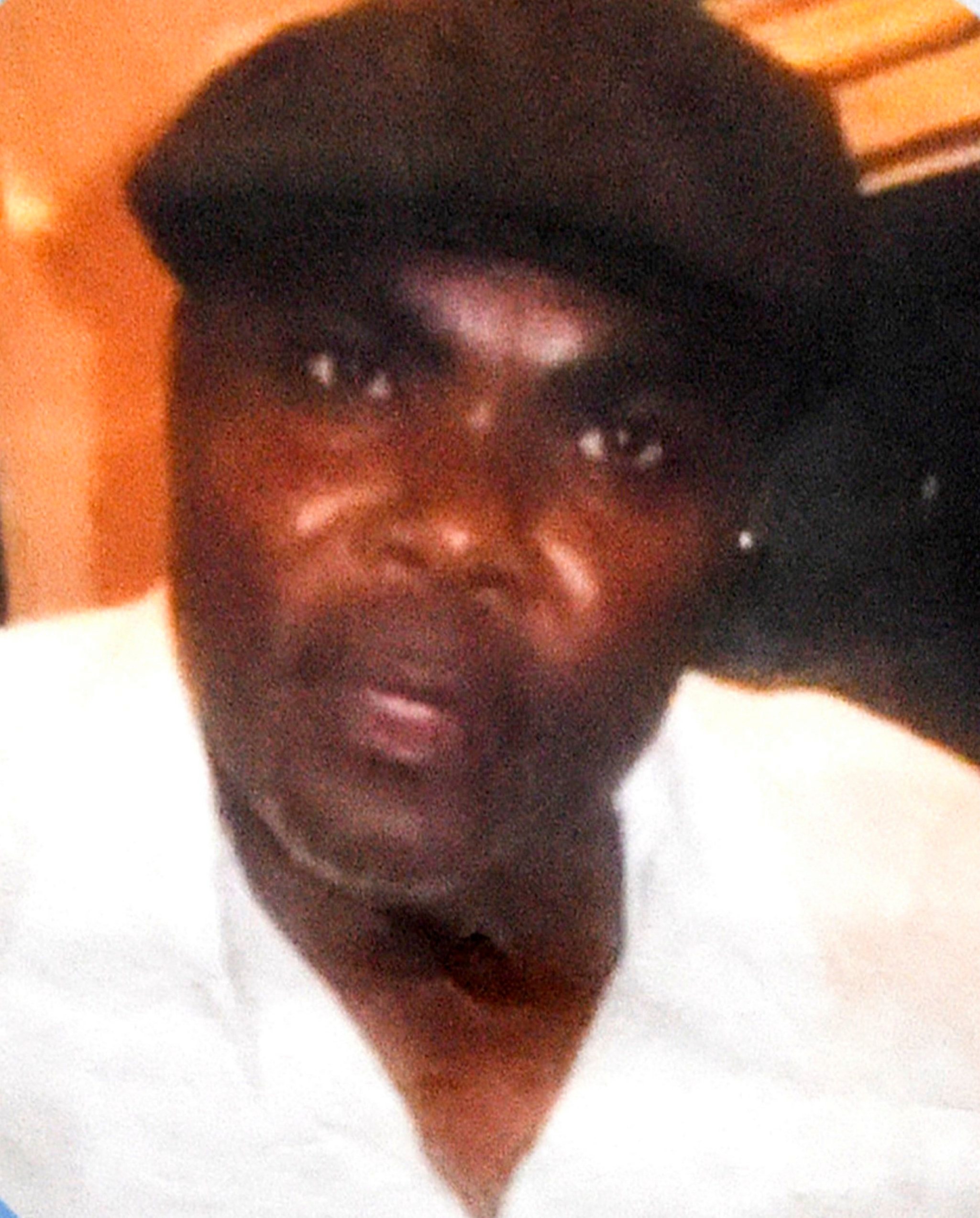 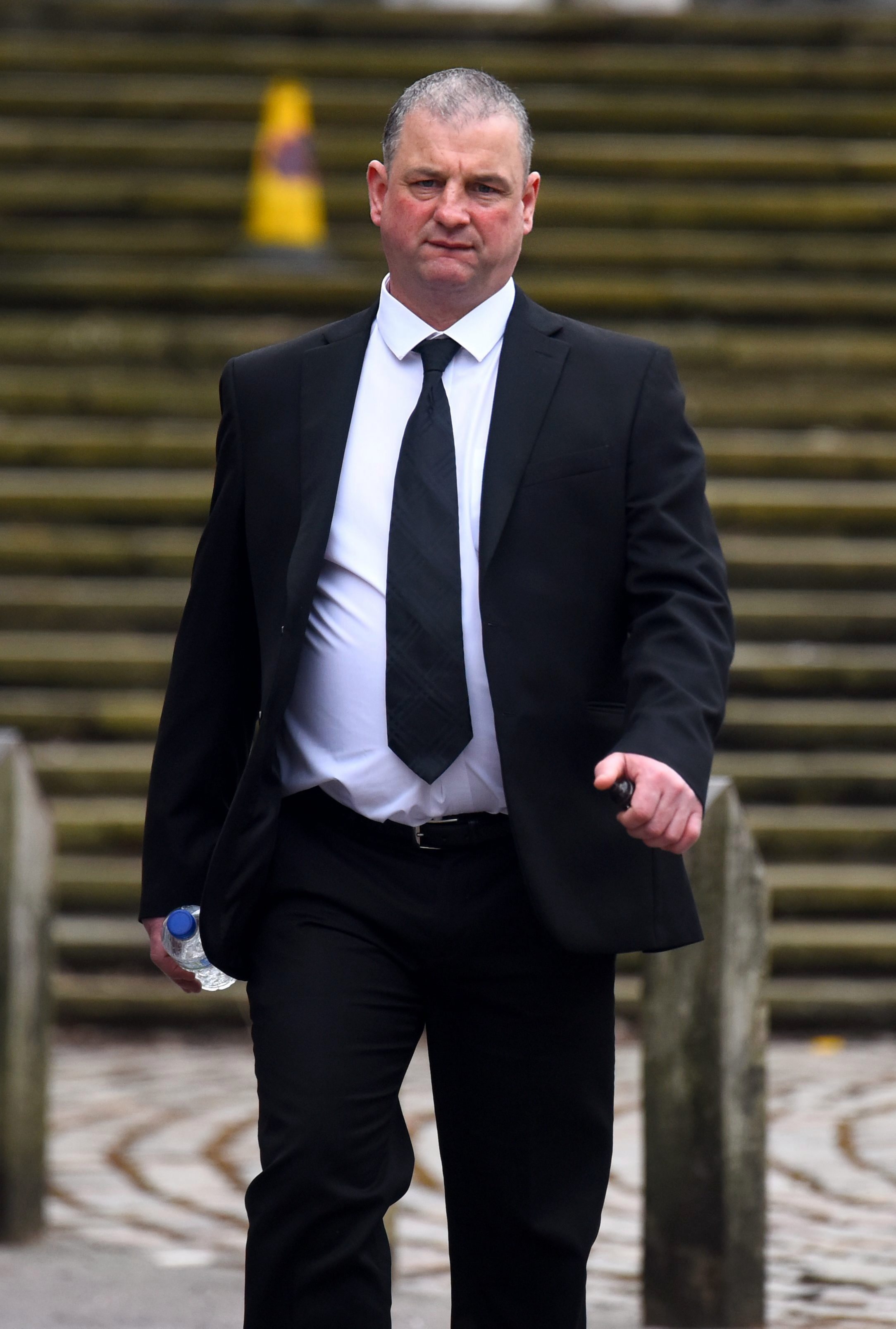 Mr Mboma was "unavoidably" at the side of a dual-carriageway having broken down and was fetching a spare tyre out of the boot when Moffat smashed into him and his two teenage children.

Moffat – a 48 year old Army veteran – had "almost continually used his iPhone" during his long journey across the UK by placing bets, reading emails and messages, browsing Facebook and taking calls.

The HGV driver – who brazenly told police that using his phone does not distract him – even deleted betting apps Sky Bet and Bet365 14 minutes after the crash in a bid to cover up his crimes.

Moffat, who claimed to have a gambling addiction, initially told police he deleted the apps so he didn't see the football scores coming through as notifications.

Dashcam footage revealed Moffat could have seen Mr Mboma's hazard lights 36 seconds before the crash and had seven seconds of unobstructed vision before his MAN lorry smashed into the Toyota Corolla at 56mph.

Other vehicles had braked and changed lane to avoid 60-year-old Mr Mboma but Moffat – who was on cruise control and repeatedly veered onto the rumble strips – took no evasive action.

Mr Mboma was pronounced dead at the scene following the smash on the A34 near Winchester, Hants, at 8.10pm on November 11, 2019.

His children, 15-year-old Heaven, and 19-year-old Witley – who Mr Mboma was driving back to Winchester University – both suffered lasting physical and mental injuries.

While driving, he used Facebook 12 times, read 14 emails and five WhatsApp messages, took two calls and made another, and frequently used his firm's tracker app.

He also placed four bets amid a flurry of activity on betting apps, placing £22 and £20 on greyhound races.

His final bet, £20 on a dog called Ballymore at a race in Nottingham, was placed less than two minutes before the crash and followed a message from a friend, tipping the bet.

Judge Miller QC said: "This was driving that decided to ignore the rules for a prolonged time.

"There was a total disregard for the great danger that was caused to others on many occasions.

"You took no evasive action whatsoever and cannoned straight into Mr Mboma, causing his death instantly.

"You were uninjured, your phone was not seized immediately, and you knew exactly what you were doing when less than 15 minutes later you uninstalled betting apps.

"The dascham footage shows exactly what happened, if you had not been looking at your phone you would have had ample time to take evasive action.

"You were on your mobile phone for a significant amount of time on your journey that afternoon.

"I have no doubt your failure to realise your own danger constituted an extreme risk to other road users, especially as when you were driving what is essentially a lethal weapon.

"Using your phone meant you were seriously distracted. You continue to make excuses by pretending not to know if you were placing bets.

"This was a prolonged, persistent and deliberate case of bad driving, using a phone is a gross and avoidable distraction.

"Mr Mboma was unavoidably on the road and was vulnerable and so were his children."

Mr Mboma's daughter Witley, now 20, suffered a double break in her arm while her brother suffered a broken leg and has lasting joint pain.

Witley, who had to drop out of university due to the trauma, said: "I can't help but blame myself for my father's demise and suffer with survivor's guilt.

"The worst injury is the internal pain that will never go away."

Mr Mboma's wife told how the family home in West London has been left depressed and how his passing has caused them financial hardship.

In a letter to the Mboma family, Moffat said: "I have not forgiven myself for the accident and would not expect forgiveness from you."

Judge Miller QC criticised Moffat for failing to take 'culpability' over his phone use in the letter.

Moffat, of Peterlee, County Durham, remained emotionless during the hearing.