It’s 18 carrot gold! Wife finds ring she lost 12 years ago after spotting on the end of a vegetable her husband dug up from their garden

A woman has been reunited with a lost ring twelve years later after is was found – grown around a carrot dug up in her back garden.

Stunned Linda Keitch, 69, was given the gold ring with a heart-shaped amethyst stone by husband Dave for her 40th birthday.

The ring was a bit too small for her finger so she gave it to her daughter – who sadly lost it in their garden in 2006. 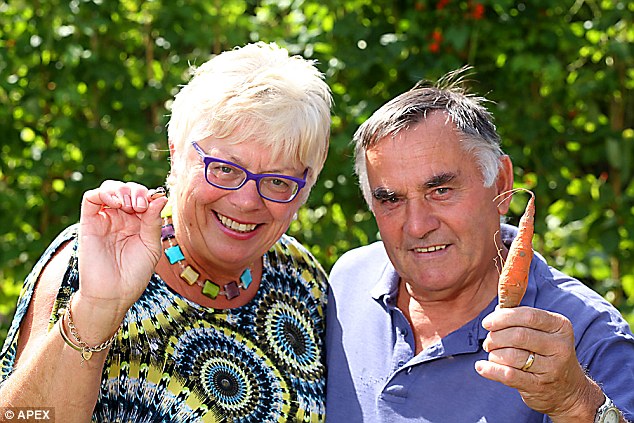 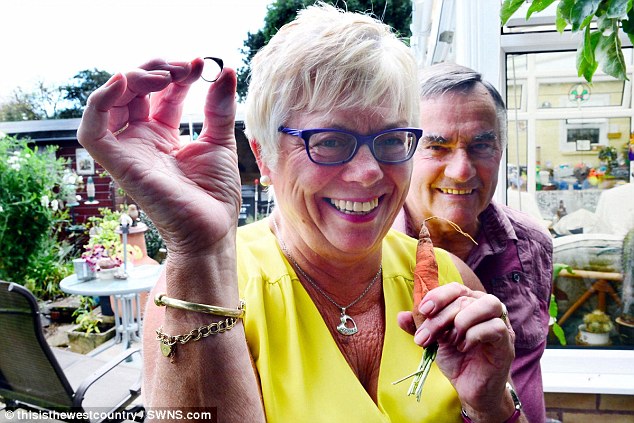 Mrs Keitch handed the ring, left, over to her daughter who subsequently lost it in their garden at their home in Monkton Heathfield, Somerset, in 2006 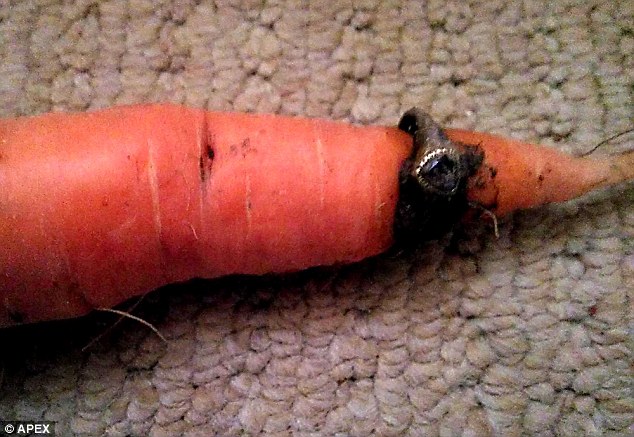 After spending 12 years in the ground, the ring reappeared when Mr Keitch dug up some carrots from his garden – one of which had grown inside the ring

But now the band has been found – on the tip of a carrot Mr Keitch dug up from his vegetable plot.

Mrs Keitch, of Monkton Heathfield, Somerset, said: ‘The carrot had grown into the ring. It must be a chance in a million.

‘Dave dug up the carrots and threw them in a tub outside the back door without noticing anything.

‘I picked them up and put them in a bowl of water to wash along with some potatoes and then saw the ring in front of me.

‘It was so amazing. I couldn’t believe my eyes. It was great to get my ring back after all those years.

‘When Dave came in, I said, “Guess what I’ve found – look” and he said, “I’ve looked for that every time I’ve done that garden”.’ 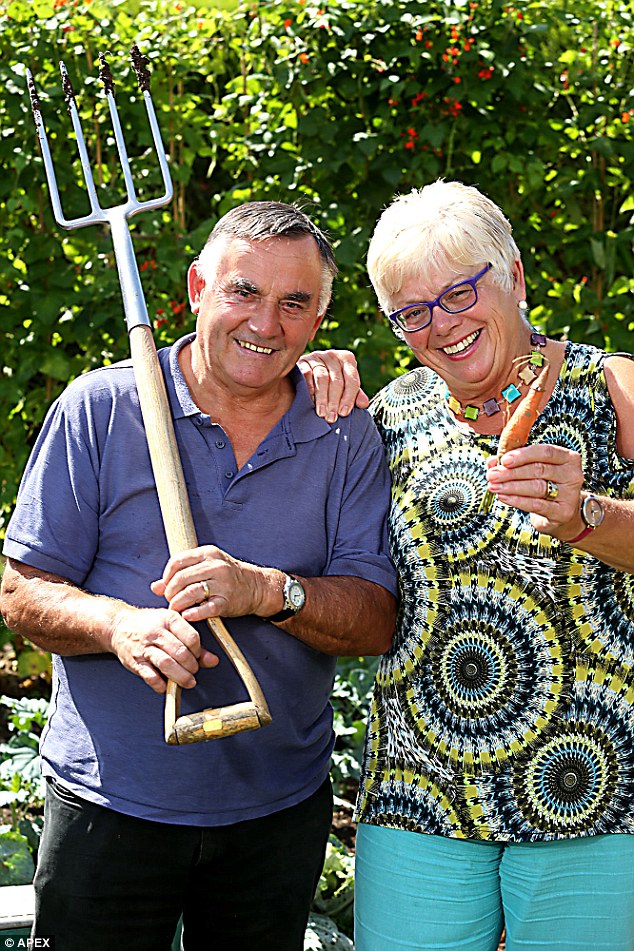 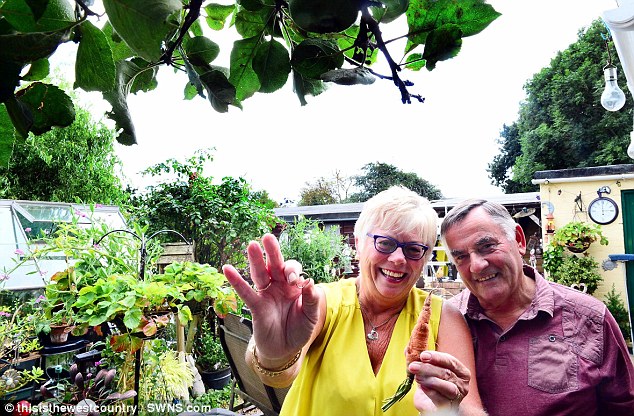 Mrs Keitch said after the ring was lost, she never expected to see it again

It was the couple’s daughter, Sarah, now 37, who actually lost the item of jewellery in their garden.

Mrs Keitch said: ‘It got too small for my finger, so I gave it to Sarah, but she went up the garden and lost it.

‘We searched high and low but couldn’t find it. I was gutted and never thought it would turn up again.

‘Although I had handed it down to her, I’m deciding whether to give it back to her or not. I may just clean it up and keep it in a box.’

Mr and Mrs Keitch are treating themselves to a new car for her 70th birthday.

She said: ‘We’ll have to make sure we don’t lose that.’