Lucy McHugh’s heartbroken mother, 31, says her ‘blood turned to ice’ after her daughter, 13, was raped and murdered by ‘monster’ 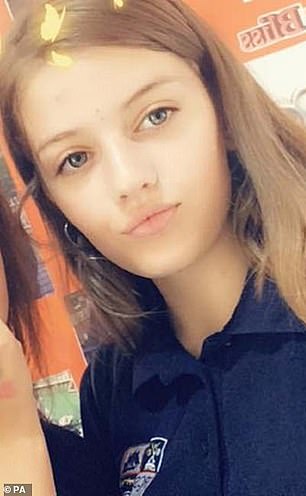 The heartbroken mother of a murdered schoolgirl has told how her ‘blood turned to ice’ after her daughter was raped and murdered by a ‘monster’.

Lucy McHugh was stabbed 27 times by Stephen Nicholson who had been abusing the 13-year-old for more than a year while staying at her family home in Southampton.

Her mother Stacey White, 31, has now recalled the last time she spoke to her young daughter before she was killed by Nicholson on July 25 last year.

Ms White said she shouted up the stairs to Lucy as she left for work.

Lucy told her she would see her when she returned, but Ms White never saw her daughter alive again.

Ms White said she ‘never imagined’ it would be the last time she ever heard her voice.

Speaking to the Sun Online she said she started to worry after she hadn’t heard from Lucy for hours.

After no sign of the teenager, Ms White started to message friends and family, asking if they had been in contact with Lucy. 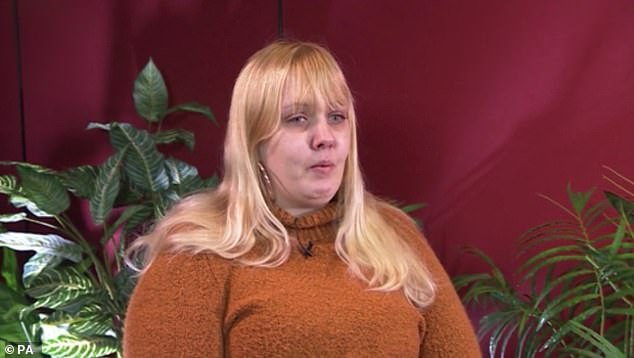 With no response she soon called police who searched Lucy’s bedroom for clues.

After a search in the local area, police contacted Ms White to inform her the body of a young girl had been found in the woods.

She said: ‘I felt my blood turn to ice inside my veins. The room began to spin, and I had the sudden urge to vomit. I dashed from the room, feeling like my whole world was about to implode. I couldn’t breathe.’ 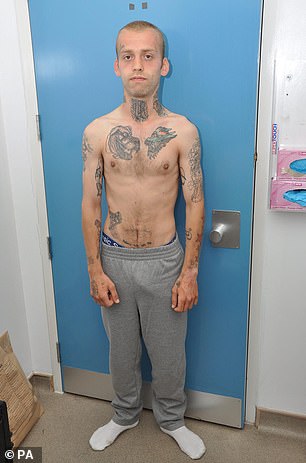 Stephen Nicholson (pictured above) was found guilty of murdering Lucy

When visiting the morgue to identify her daughter’s body she said she ‘couldn’t accept’ it was her.

‘My legs were dead weights, refusing to move any closer to where my baby girl lay lifeless.

‘It was my Lucy. But so silent and still, it wasn’t like her at all. I held my breath, willing her to jump up laughing, telling me she was absolutely fine.

‘But my precious girl was gone, and my world came tumbling down.’

Ms White revealed that her and her partner Richard Elms had taken Nicholson in, after they learnt he would be made homeless.

When she learnt he had been arrested over her daughter’s death she said she ‘couldn’t believe it’.

She said her ‘heart almost stopped’ and added that she couldn’t understand why he would murder Lucy. 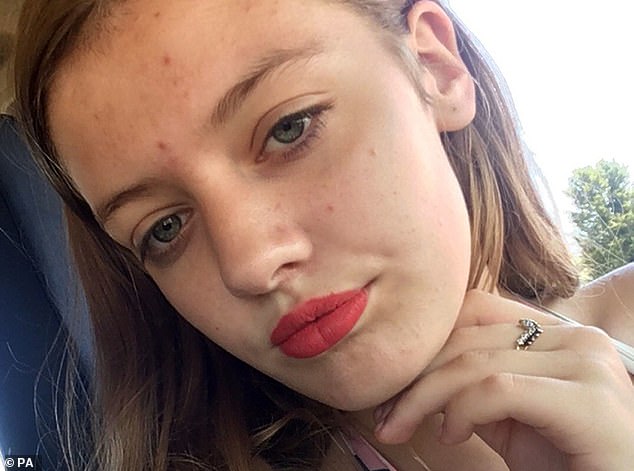 Lucy suffered 27 knife wounds in a brutal, frenzied attack, with three ‘very dangerous’ cuts to the carotid artery in her neck which caused her death

It was then she learnt he had been grooming her daughter after extracts from Lucy’s diary showed he warned her he would tell her mother she was pregnant – despite the fact she wasn’t at her time of death.

Ms White said it became clear he was a ‘narcissistic sociopath’. Adding that he had a ‘Jekyll and Hyde’ lifestyle to cover his abuse of her daughter.

She questioned how he could be so evil and claimed he had been ‘hell-bent’ on silencing her ‘precious girl’ from exposing him. 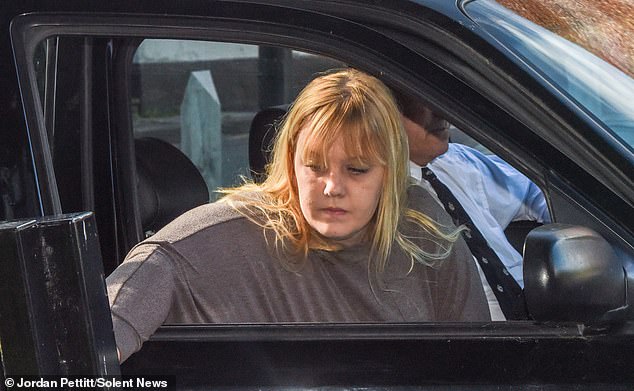 Ms White, 31, (seen outside court) said it had been a ‘huge relief’ to get justice for her daughter

‘She didn’t stand a chance against him’, Ms White added.

The teenager died from ‘catastrophic bleeding’ and the investigation into her death was described as ‘one of the largest in criminal history’.

Ms White added that it had been a ‘huge relief’ to get justice for her daughter but said it had left a void that could not be filled.

She said ‘every day without Lucy is a challenge’ and said she hopes that sharing her story will help other families going through the same as her.