Montgomery: A memorial that opened last week in Montgomery, Alabama, honouring lynching victims aims to force a reckoning with one of the United States' worst atrocities.

As the city's largest newspaper, The Montgomery Advertiser, covered the opening, it found itself in the middle of its own reckoning.

In a news article and an editorial, The Advertiser admitted that its coverage of lynchings over many decades was careless, dismissive and dehumanising in its treatment of the black victims and portrayed them as criminals who got what was coming to them. 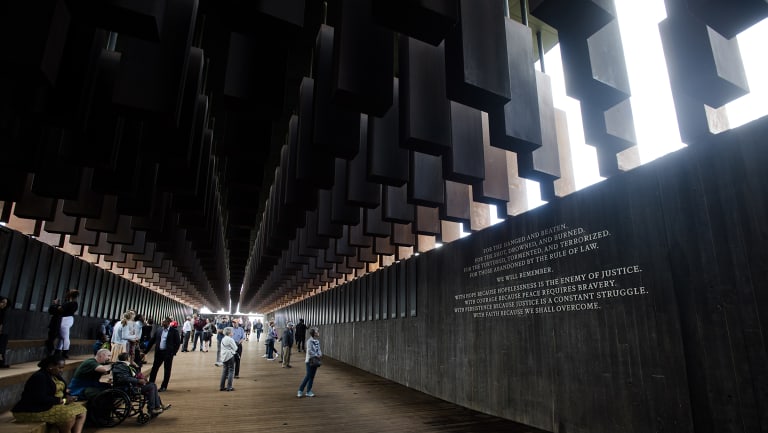 Visitors walk through the National Memorial for Peace and Justice in Montgomery, Alabama.

"We were wrong," the editorial began.

Part public confession and plea for forgiveness, The Advertiser's self-examination marked an important acknowledgment of the role that the press played in perpetuating the mob violence that was unleashed on African-Americans for decades after slavery was abolished.

"Sometimes print media aided and abetted in these acts of terror by announcing when lynchings would take place, by celebrating the courage of the mob, the objectives of the mob," said Bryan Stevenson, founder of the Equal Justice Initiative, the nonprofit organisation behind the new memorial, the National Memorial for Peace and Justice. "They were absolutely responsible for the way in which there was no acknowledgment for the tragedy of the loss of these lives." 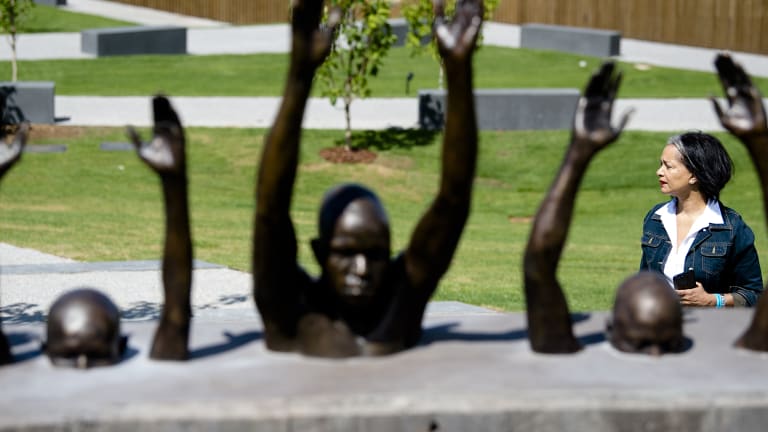 A visitor to the National Memorial for Peace and Justice takes in a sculpture.

The Advertiser is not the only Southern newspaper that has confronted flaws in its coverage of race and civil rights.

In the case of The Advertiser, the newspaper did not endorse lynchings, but expressed an understanding for why they happened.

After three black men were lynched in the fall of 1919 — two of them were accused of assaulting white women, one of killing a police officer — The Advertiser wrote an editorial that blamed the men for the crimes without any evidence that they were guilty.

"All right-thinking people deplore lynchings," the editorial said, but later added that "as long as there are attempts at rape by black men, red men or yellow men on white women there will be lynchings."

This was typical of The Advertiser's tone, and the editorial published last week was blunt about the newspaper's failings.

Bro Krift, the executive editor, said the decision to look inward as part of its coverage of the new memorial emerged from a simple question: How could the newspaper ask people to reflect on their roles during a period of injustice if it did not do the same?

"We proliferated that idea of white supremacy," said Krift, who has been the executive editor for nearly two years.

The Advertiser, which began publication in 1829 and now has a daily circulation of around 20,000, has served as an influential voice in a city that was central to America's civil rights struggle. Its record of coverage of black people and civil rights was decidedly mixed.

The newspaper opposed secession in 1861, but took up the cause of white supremacy after the Civil War, according to The Race Beat, a book about press coverage of the civil rights struggle by Gene Roberts and Hank Klibanoff, both veteran journalists.

The Advertiser won a Pulitzer Prize in 1928 for editorials that attacked the Ku Klux Klan. But decades later, its coverage of the Montgomery bus boycott of the 1950s and the march from Selma to Montgomery in 1965 was indifferent and antagonistic. It criticised activists and their causes. In one story, The Advertiser misattributed and misquoted Martin Luther King Jr.'s message at a mass meeting, according to The Race Beat.

Even in recent years, The Advertiser has struggled at times with its reputation in the city's black communities. 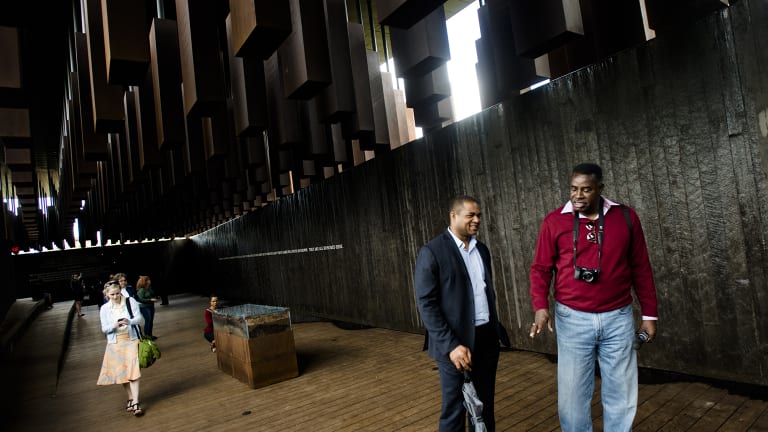 The memorial commemorates 4400 black people who were slain in lynchings and other racial killings between 1877 and 1950.

Wanda Lloyd became the paper's first black executive editor in 2004. When she took over, Lloyd said black residents complained that they did not feel accurately represented by the paper. Some felt that they appeared only in stories about crime and other negative things. She said she tried to press for deeper coverage of stories in black communities that had been overlooked.

Black people "felt like it wasn't their paper," said Lloyd, who left The Advertiser in 2013. "On the other hand, I encountered people who were white who thought we were going overboard with our coverage of black people." She said she was surprised that The Advertiser had apologised for its coverage of lynchings but hoped that it would help build trust with black residents.

Krift, the current editor, who is white, said he felt there was a present-day lesson to be learned from the past missteps of The Advertiser, which has historically leaned politically to the right. While the newspaper failed to properly cover issues like lynching and the bus boycott, he said he did not want to squander the chance to lead the national discussion surrounding the opening of the memorial.

"I think the takeaway for us is that we need to be conscious of the words that we choose and how we characterise people in our newspaper," he said. "One-hundred fifty years from now, there might be a historian that looks back on how we covered these events and Montgomery in 2018."