The French President will host a crunch summit between President Putin and Ukraine President Volodomyr Zelensky as both look to find a compromise over the contested region of Crimea, subject to conflict since Russia’s annexation of the territory in 2014. More than 13,000 people have died during the last five years of conflict, with pro-Russian separatists remaining the authority in the region.

The new-found willingness to negotiation from President Zelensky will give Mr Macron and German Chancellor Angela Merkel cause for optimism as they strive for a more cordial relationship, but bitter differences between Kiev and Moscow are likely to limit any progress.

This is because President Zelensky views the presence of pro-Russia forces in Crimea as “illegal”, as he stated earlier this week when outlining his objectives for today’s summit.

But Russia remains adamant that it holds a rightful claim over cities Donetsk and Luhansk, located in the Donbas region where a deal has been agreed between the two countries for elections. 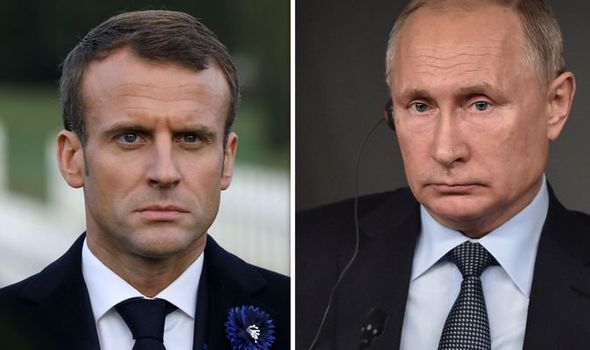 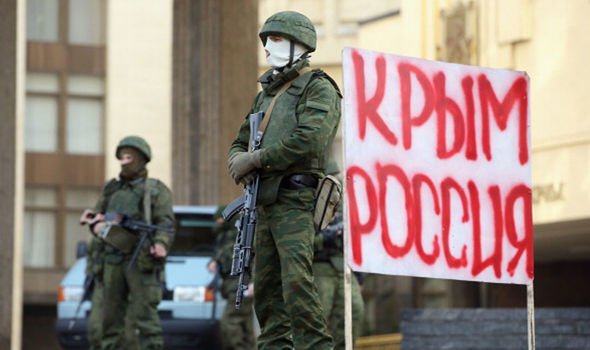 Worse for Kiev, while the elections are to be held under Ukrainian law, given that many pro-Ukraine voters have been forced to leave the area, any vote would likely see Russia seize an even tighter grip.

This has therefore sparked huge protests in the Ukraine, with many nationalists in the country calling the election deal a “capitulation”.

Thousands gathered in Kiev on Sunday to demand that President Zelensky not surrender his country’s sovereignty in exchange for a peace deal with Russia.

Mr Macron has caused a stir in Europe in recent weeks as he looks to mend ever-worsening relations between the West and Russia.

The French President has been surprisingly lenient in his assessment of President Putin, even claiming recently that Russia is no longer an enemy. 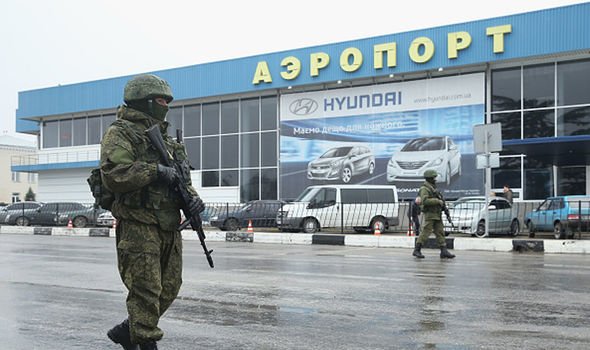 He said at a joint news conference in Paris alongside NATO Secretary General Jens Stoltenberg last month: “Is our enemy today Russia? Or China? Is it the goal of NATO to designate them as enemies? I don’t believe so.”

This came before the NATO summit in London last week, in which leaders of the alliance agreed that Russia is a threat.

The joint declaration stated: “We, as an alliance, are facing distinct threats and challenges emanating from all strategic directions. 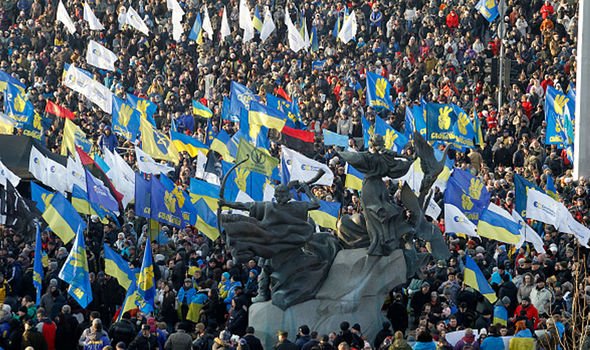 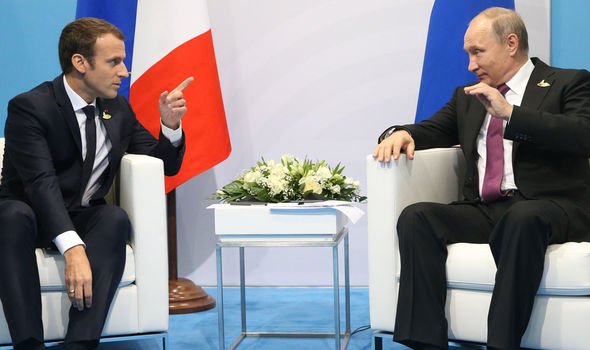 This hardened rhetoric coming from NATO allies – including Mr Macron and Mrs Merkel – could also jeopardise negotiations with President Putin this week.

The Russian President will now unequivocally view the meeting in Paris as a summit with three political opponents as opposed to one comprised of two neutral mediators.

Mr Putin’s nationalist approach to such talks has also proved crucial to his domestic popularity.

In 2014, the annexation of Crimea saw his approval rating soared to a remarkable 86 percent.