Relations between the former leader and his ex-minister soured after the ambitious centrist quit the socialist government to launch a controversial – but successful – run for office. In an interview with the French daily Le Parisien published on Sunday, the former leader made a scarcely veiled accusation that the 41-year-old leader had hustled through his reform agenda and failed to make good on his promise to transform France. “By trying to shake everything up, he made everything stop,” Mr Hollande said.

“Leading France – I have been there myself – is a difficult exercise which requires you to have a clear understanding of our country.

“The results of Mr Macron’s first two years are not good: neither for economic vitality nor for social cohesion.”

He said: “The threat comes from the far-right. One day, it will come to power in France. In 2022 or later by telling voters it is the only party that has never been given a chance to rule.”

Mr Macron’s camp was quick to brush aside the criticism. Marlène Schiappa, minister for gender equality, told the news channel BFM TV that a “former president shouldn’t say such things,” while Richard Ferrand, president of the national assembly, said in a separate interview with BFM TV that Mr Hollande had “declared forfeit but was now telling us how to play”.

Mr Macron, for his part, has been badly weakened by months of violent yellow vest protests against his perceived elitism and liberal economic policies.

The protests, named after the fluorescent safety vests all French drivers must carry, started in mid-November as an outcry against planned fuel tax hikes, but quickly snowballed into an anti-government revolt. 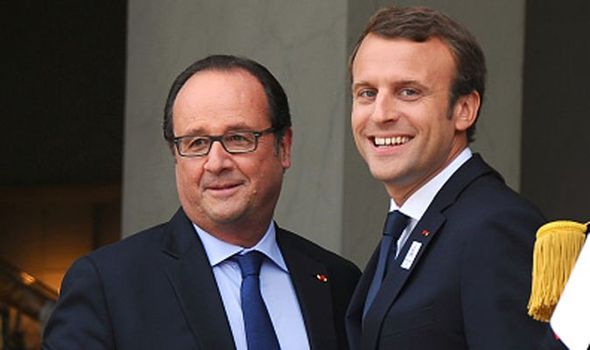 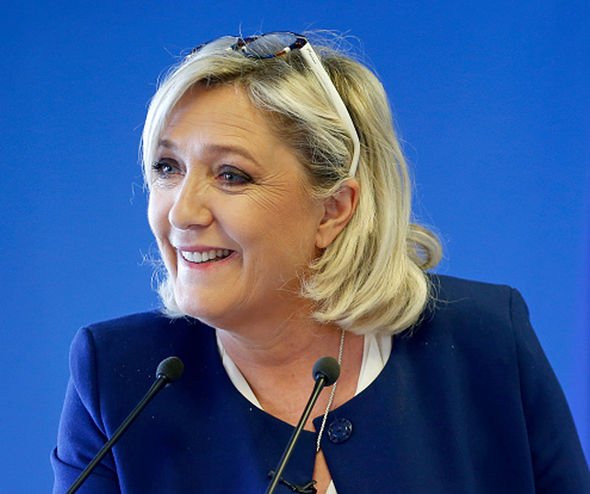 Mr Macron dropped the planned tax hikes in early December and offered up further measures to appease protesters, including wage rises for the poorest workers, but his efforts have failed to quell the discontent.

The young centrist – whose trust rating currently stands at 38 percent – now faces the tricky task of convincing French voters to back his La République en Marche (LREM) party instead of Mrs Le Pen’s RN in the May 26 European Parliament election.

The EU ballot will be the first mid-term electoral test for Mr Macron since his landslide victory in May 2017.

Mr Macron, who called last month for a “European renaissance,” has repeatedly framed the vote as a contest between liberal europhiles like himself and far-right nationalists like Mrs Le Pen who want to force Brussels to hand back powers to nation states.

Recent voting intention polls suggest that far-right, eurosceptic groups could expand their power and win up to a third of the seats in parliament, but probably not enough to sound the death knell of the EU.

The Harris Interactive poll of 933 people for LCI television was carried out online between March 26-28.