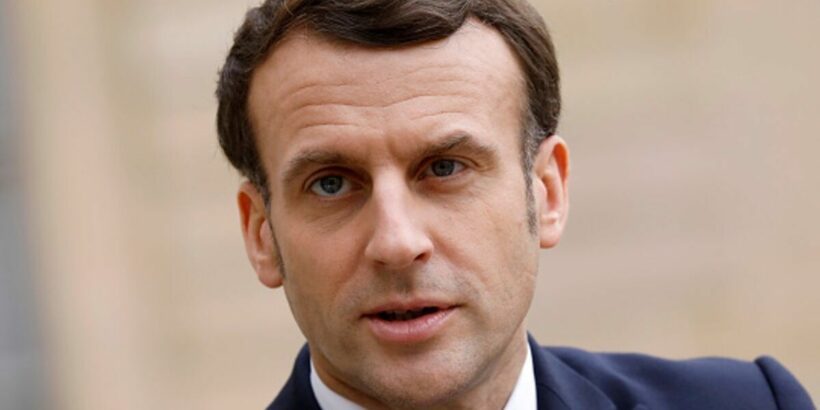 The French President retained his finance and interior ministers while appointing only the second woman to head France’s foreign ministry, as the president reshuffled his cabinet ahead of parliamentary elections next month.

After his re-election in April, when the far right came its closest yet to taking the presidency, centrist Macron pledged to govern France “in a different way” from a first term during which his focus on economic reforms left much of the electorate discontented.

With COVID-19 and now surging inflation reversing some of the hard-fought gains earned by those reforms, he now needs to persuade voters he is responding to their frustrations in time for June’s parliamentary ballot.

The three nominations would suggest the president has not opted for a wholesale overhaul of his leadership.

Retaining their respective finance and interior ministry portfolios, Bruno Le Maire and Gerald Darmanin will be joined at the cabinet’s top table by Catherine Colonna as foreign minister, the presidency announced.

Agnes Pannier-Runacher was promoted from junior minister for industry to energy minister. She will be tasked with reviving the country’s ailing nuclear sector and accelerating the rollout of more renewable energy, while shaping France’s response to the gas crisis and voter anger over energy prices.

On Monday, Mr Macron named Elisabeth Borne as prime minister. The left-leaning career technocrat served in his earlier governments, most recently as labour minister, when she stared down trade unions over unemployment benefit reform.

“Bringing down the cost of living will be the government’s first priority,” Ms Borne said in an interview with TF1 television.

She added that, following parliament elections in June, her government’s first legislative initiative would focus on purchasing power, notably with regard to energy prices.

But 15 of the newly appointed ministers are candidates in the legislative elections in June and risk being ousted after a few weeks in their new roles, including Ms Borne.

Besides the head of government, only Clément Beaune is also running for the first time in his young career, in the 7th constituency of Paris.

As for the others, they are all seeking their own re-election or returning after having already won in 2017.

Commenting on the prospect of Mr Macron’s team losing the election, Les Patriotes leader Florian Philippot tweeted: “If Borne is beaten in her constituency, she resigns, confirmation this morning. And that creates a political crisis that weakens Macron from the start! So inhabitants of the 6th constituency of Calvados: it’s up to you! Make a clean sweep!”

Echoing his comments, Generation Frexit leader Charles-Henri Gallois said: “Citizens of the 7th constituency of Paris, you can get rid of the euro fanatic Clément Beaune. I am counting on you. My wife who votes in this constituency will do her bit!”

If President Macron wins the legislature, his government’s priorities will also include action to combat climate change and pushing back the retirement age – a task likely to fall to new Labour Minister Olivier Dussopt.

Although polls show Mr Macron should be able to form a ruling majority, he is under pressure from an alliance of left-wing parties and re-energised far-right leader Marine Le Pen.

Should the French President and his allies lose the parliamentary election, he will have to name a new prime minister from the ruling majority who will then be tasked with naming a new cabinet.