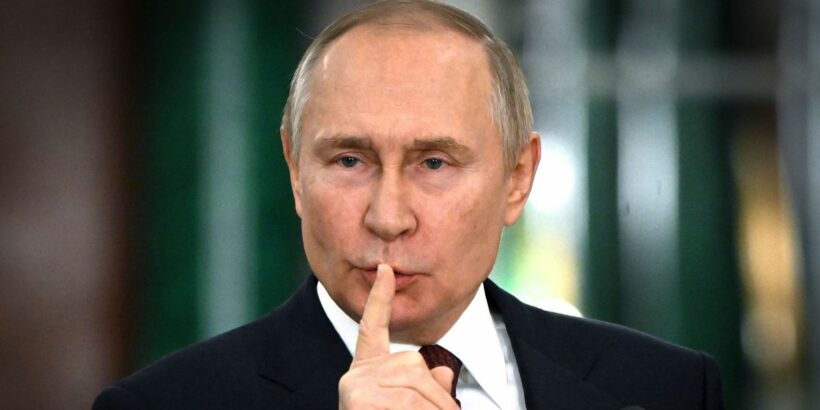 Vladimir Putin chose a strange spot for a day out with political pals – a strip club allegedly owned by his ex-mistress.

The warmonger reportedly took fellow leaders to The Leningrad Centre in St Petersburg via VIP bus in a bid to improve relations after his ongoing war in Ukraine threatened his alliances.

After arriving at the venue, the Russian dictator is said to have presented his eight buddies with white and gold "rings of power" to mark the bizarre evening.

The Leningrad Centre is majority-owned by Putin's alleged ex-mistress Svetlana Krivonogikh, 47, who, according to Proekt Media, is now one of Russia's wealthiest women after abandoning her job as a cleaner.

Krivonogikh is alleged to have been Putin's mistress while he was head of Russia's Federal Security Service (FSB) and when he first rose to power as Prime Minister, but the pair reportedly parted ways before the warmonger reportedly became involved with Olympic gold gymnast Alina Kabaeva.

Krivonogikh is also the mother of 19-year-old Elizaveta Vladimirovna Krivonogikh who, according to reports by Proekt Media, is Putin's love child.

The despot's guests, meanwhile, are all leaders from the Commonwealth of Independent States, an intergovernmental group of nations that was formed after the collapse of the Soviet Union.

Putin's bid for popularity comes amid speculation that his unpopular war in Ukraine may be coming to an end.

The besieged nation has been winning the battle against Russia in recent months, and former United States Army General Ben Hodges told the BBC that they could be on the path to victory by January.

He explained: "Things will move slower over the winter but…by January, Ukraine could be in a position to begin the final phase of the campaign which is the liberation of Crimea.

"When I see the determination of the Ukrainian people and soldiers, and the rapidly improving logistical situation for Ukraine, I see no other outcome but a Russian defeat.

"The Russian pull-out from Kherson has partly led me to this conclusion, firstly as a psychological boost for the Ukrainian people, secondly as a profound embarrassment for the Kremlin, and thirdly by handing Ukraine's forces a key operational advantage – all approaches into Crimea are now within range of Ukrainian weapon systems."