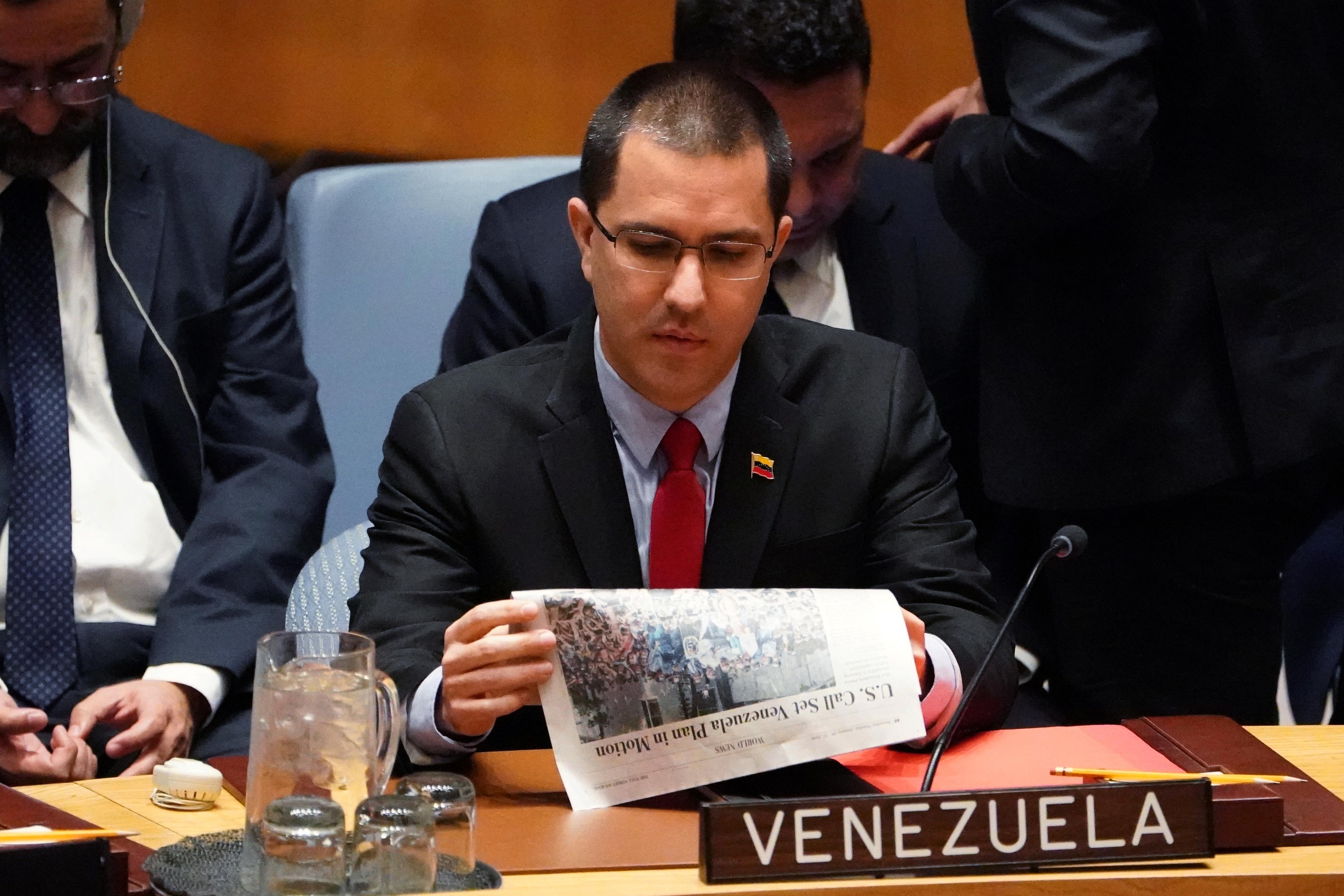 Washington has recognized the Venezuelan opposition leader Juan Guaido as the South American nation’s interim president and has asked Maduro, a socialist in power since 2013, to step down.

“It is our intention to establish communication and dialogue with the government of President Trump, that offer stands and is still on the table. That is what we have sought to do since the very first day of office,” Foreign Minister Jorge Arreaza said in a meeting on Venezuela requested by the United States.