A mafia “super fugitive” dubbed Italy’s second most dangerous man has been arrested after 14 years on the run.

Marco Di Lauro – one of Europe’s most wanted men – was detained at a modest apartment where he lived with his wife in Naples, police said.

He was reportedly sitting with his two cats and eating pasta when he was arrested in an operation involving around 150 officers.

The 38-year-old was wanted over offences including murder, drug trafficking, arson, armed robbery, racketeering and extortion, according to crime fighting agency Europol.

Writing on Twitter, Italian Prime Minister Giuseppe Conte thanked police “for the capture of the super fugitive” which he said was “another blow to organised crime”.

Europol said Di Lauro had joined a criminal organisation that clashed with other mafia groups in 2000, starting the so-called “secondigliano feud” which resulted in several homicides.

“He is wanted as an instigator of murders and other serious offences linked to that mafia association,” a Europol statement said. 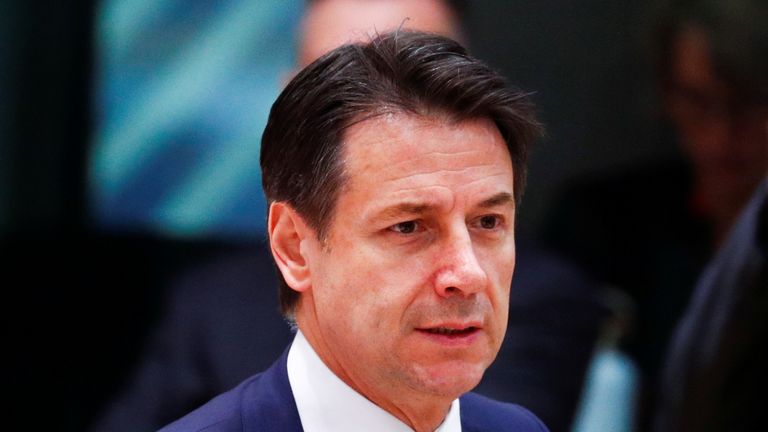 Naples police chief Antonio De Iesu told a press conference that “unusual activity” had led officers to Di Lauro, who reportedly voiced concern for the fate of his cats as he was led away.

He is the fourth son of Paolo Di Lauro, the former boss of a clan of the Camorra, the Neapolitan mafia.

Di Lauro had been on the run since 2004 and an international arrest warrant was issued two years later. He was one of Italy’s four most-wanted criminals, according to the country’s interior ministry website.

His high-profile arrest was reportedly linked to the murder earlier in the day of the wife of a man linked to Di Lauro, Salvatore Tamburrino.