Stig Abell, editor of the Times Literary supplement was bombarded with a string of vile messages after appearing on Sky News. 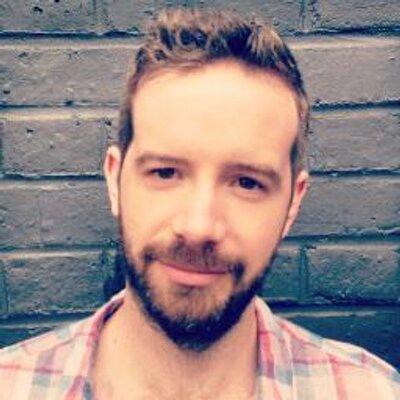 Posts, from a user calling himself Aaron O'Shaughnessy, made lurid remarks about Mr Abell's wife, Nadine, and threatened to rape her.

The troll also implied he knew where the journalist lives and was outside his home.

One chilling message said: "Your bedroom light is on big boy, I thought you left the house."

The 38-year-old reported the messages to Twitter but the social media giant initially said that the tweets did not breach its rules. 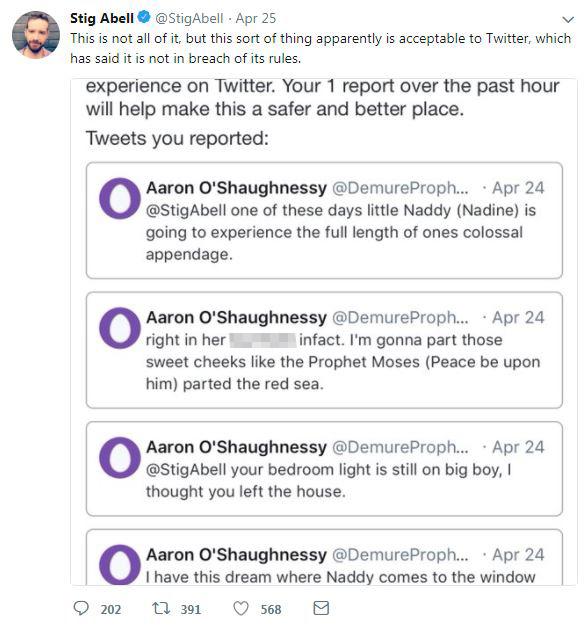 Mr Abell then shared the posts with his 21,500 followers, writing: "After I appeared on Sky News last night, a man started posting about how he knew where I lived and – in detail – how he wanted to rape my wife. Twitter says it is not a breach of its rules. It is a f***ing disgrace."

Mr Abell, former managing editor of The Sun, added: "Twitter has now been in touch and conceded that it misjudged the first response to the report. Account now suspended.

"It’s done that because a lot of decent people took the trouble to publicly express outrage tonight. So thanks for that; it has made a difference. 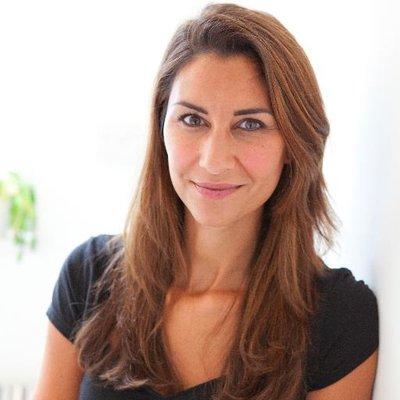 "Thank you for everyone's support here. I can live with abuse directed at me, but I find this sort of thing just sickening. I have the most amazing wife, who shouldn't have to put up with this. No woman should."

He added he has not reported the matter to police.