"Magnet Man" Waldemar Boczar, who lives in Szczecin, north-western Poland, claims to be able to harvest scalar energy, and says his special powers are a gift from the guardians of heaven. 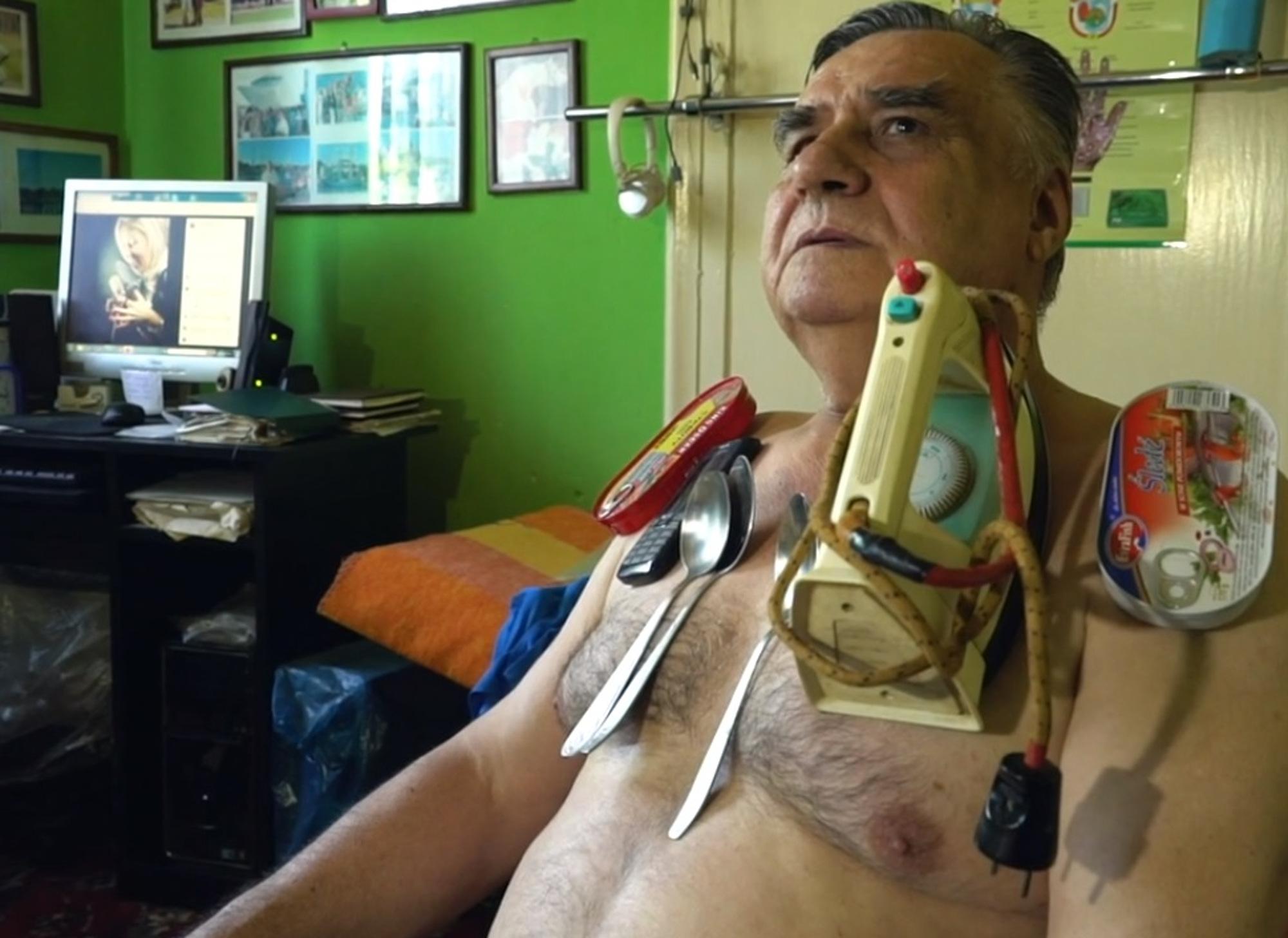 He says he discovered in 2004 that he was in possession of this gift and could attract metal and glass objects to his body like a magnet using Scalar energy.

Many people are hailing Scalar energy which is essentially electromagnetic waves that even exist in the vacuum of empty space as the next generation of healthcare, and Waldemar claims to be a natural source.

Wacky Waldemar says he's now harnessing his gift to help others, saying that he has so much energy running through him that he is sure he can share it with others.

He describes himself as a bio-energy therapist and gets long queues of people outside his house, who he says are waiting for their chance to receive some of his energy. 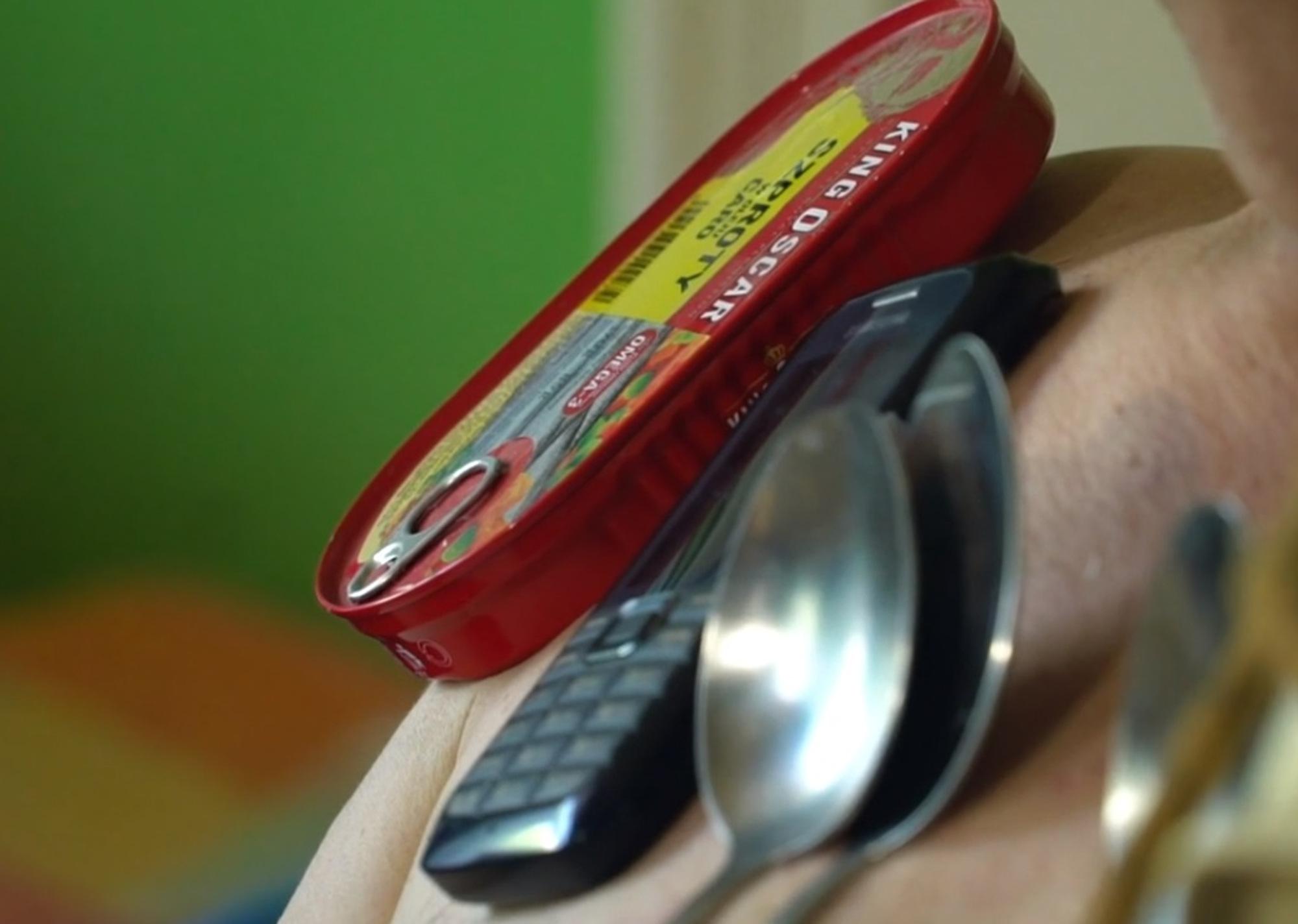 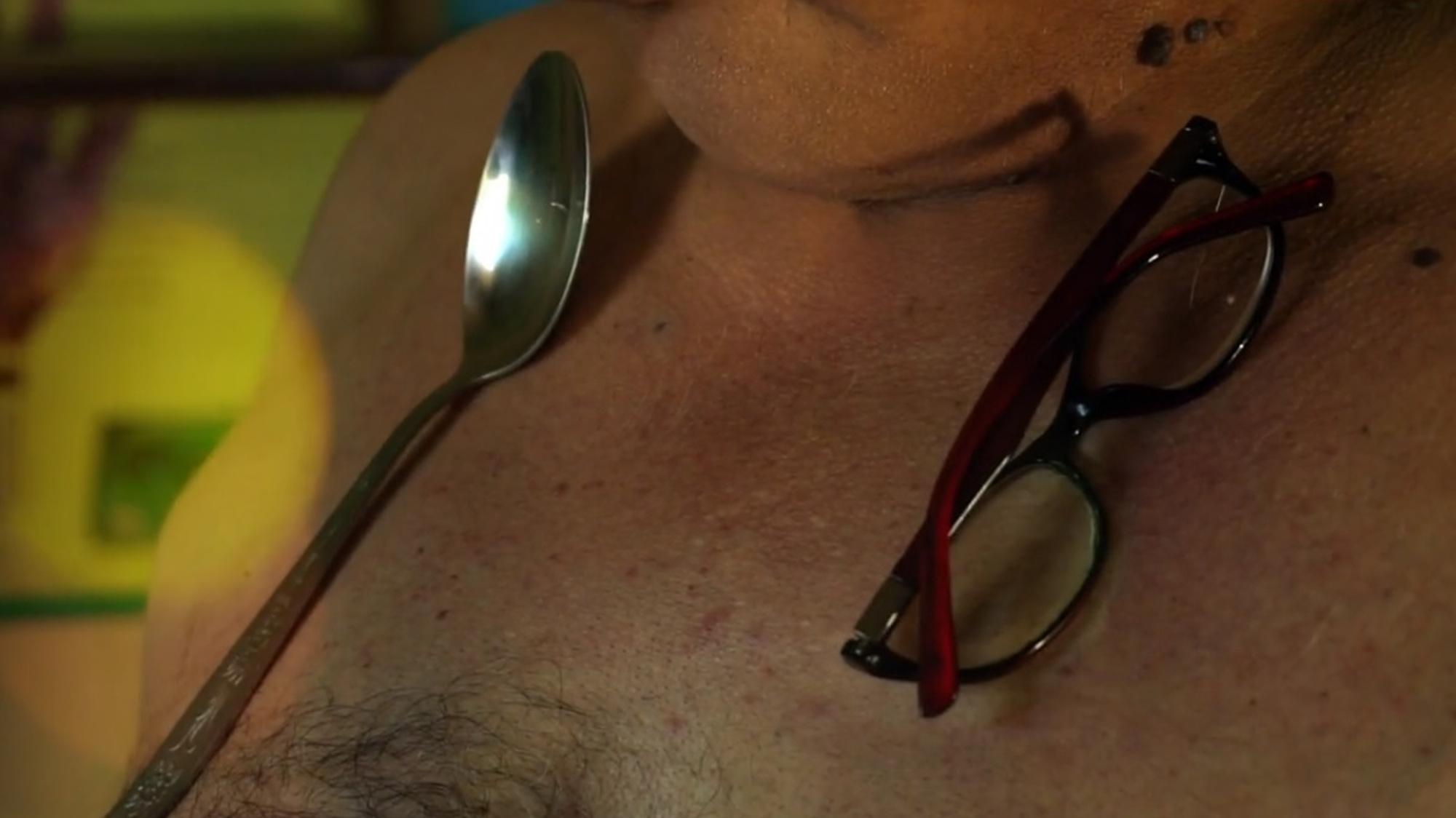 Waldemar said: "In 2004 I discovered that I'm able to attract some small objects like cans, spoons, sunglasses and phones.

"I was fascinated and found some information about scalar energy. It's the energy of the Universe that we're surrounded with and it's indestructible.

"I started to help people around me who were complaining about some minor ailments like pain in their ankles, knees, backs and small wounds. When I touched the place, the pain stopped." 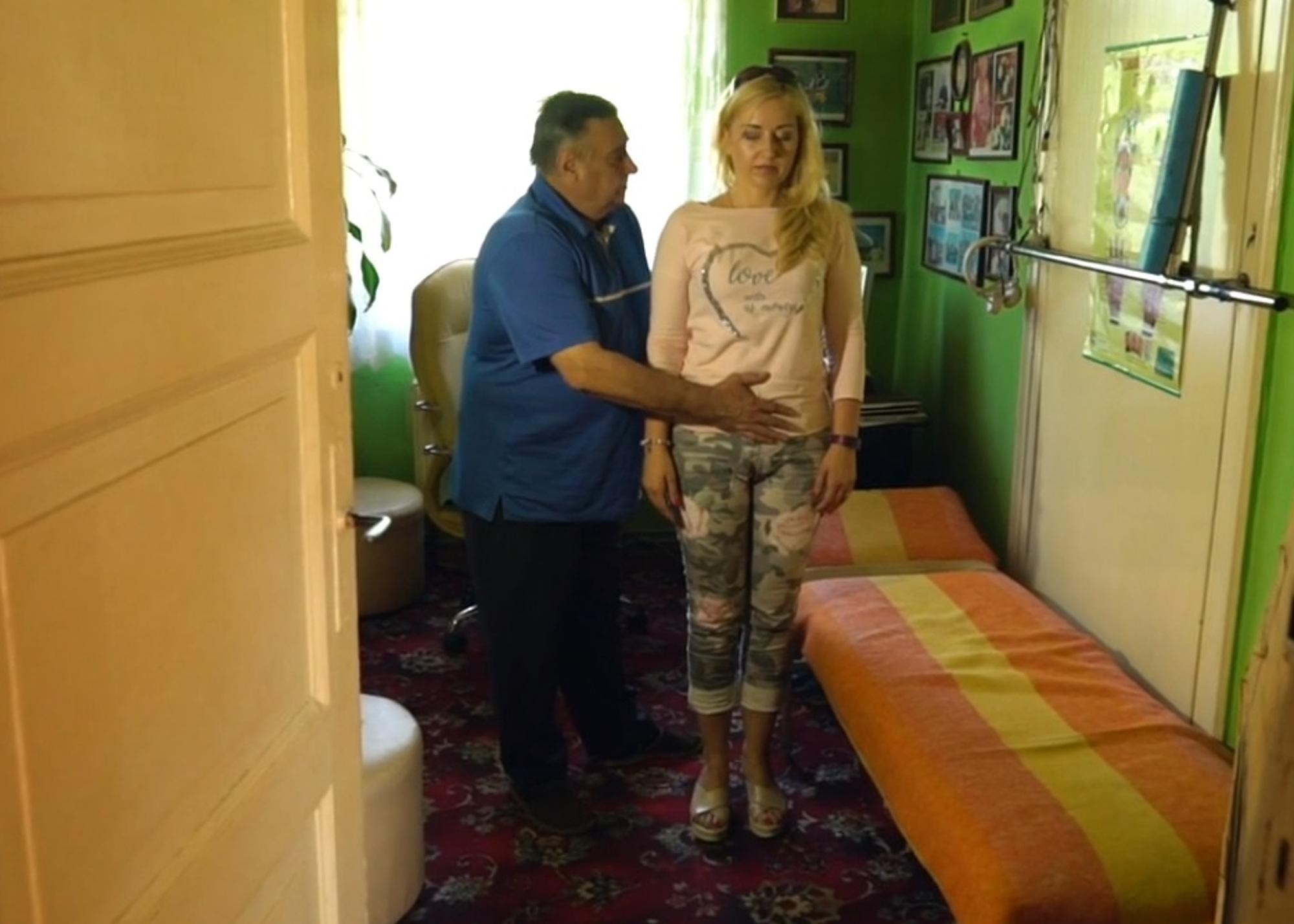 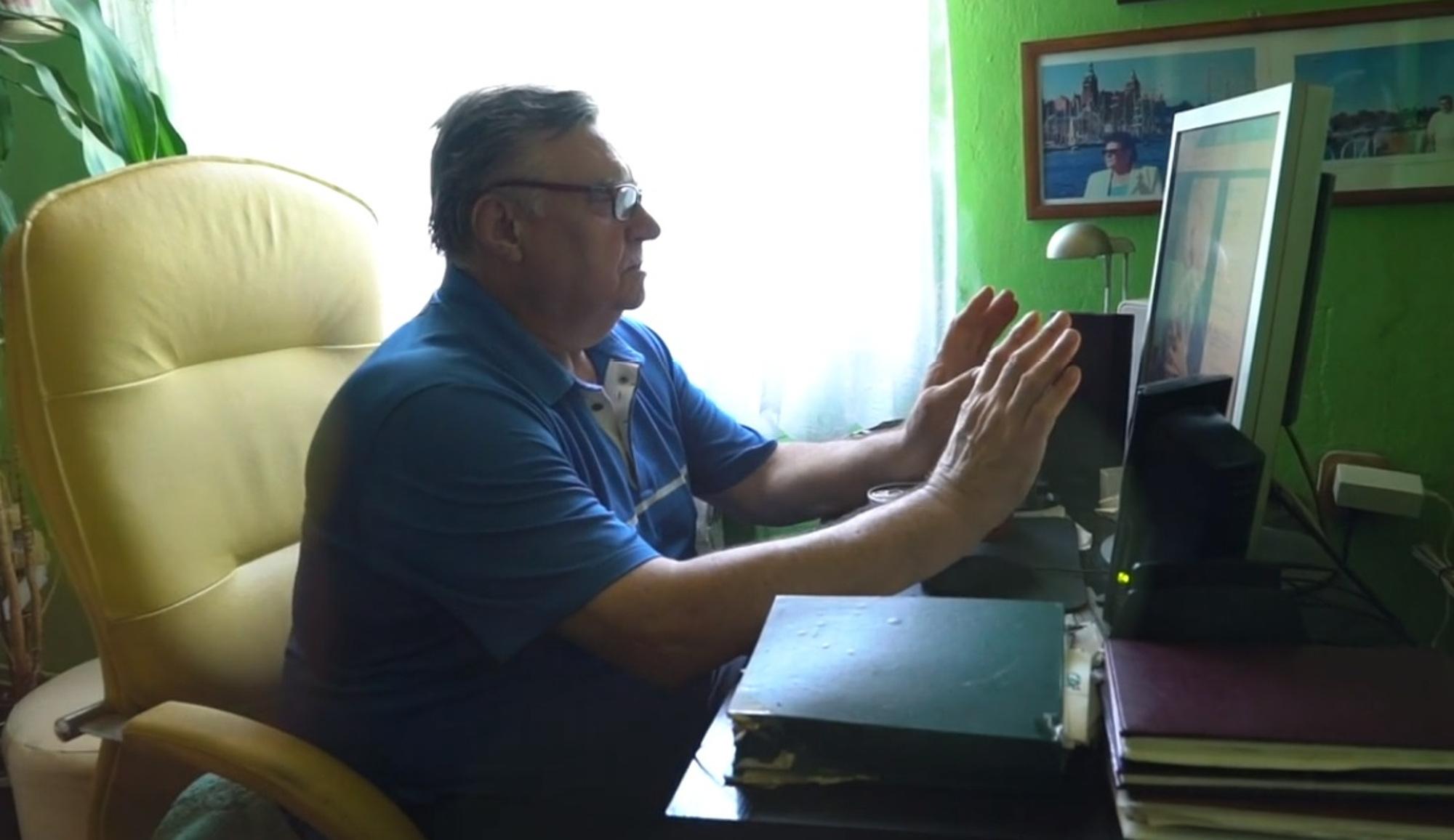 Waldemar has become a local celebrity and says thousands of people from Poland and even foreigners have contacted him asking for his help.

"Later I made T-shirts that have a special material (satin) that's charged with my energy so I can send it to people who wear it and become healed. You can wear them daily and sleep in them, they're really charging the body with a good energy and help to fight many diseases."

A video of the Magnet Man in action shows a woman throwing objects at his chest, which appear to stay stuck there, until he says: "That's enough."