AN earthquake struck off the coast of Massachusetts and Rhode Island today – one of the strongest to hit the area in 60 years.

The US Geological Survey said the 4.0 magnitude quake shook the coast at 9.10am ET, with its epicentre at Buzzards Bay, Ma, around 50 miles from Providence, RI. 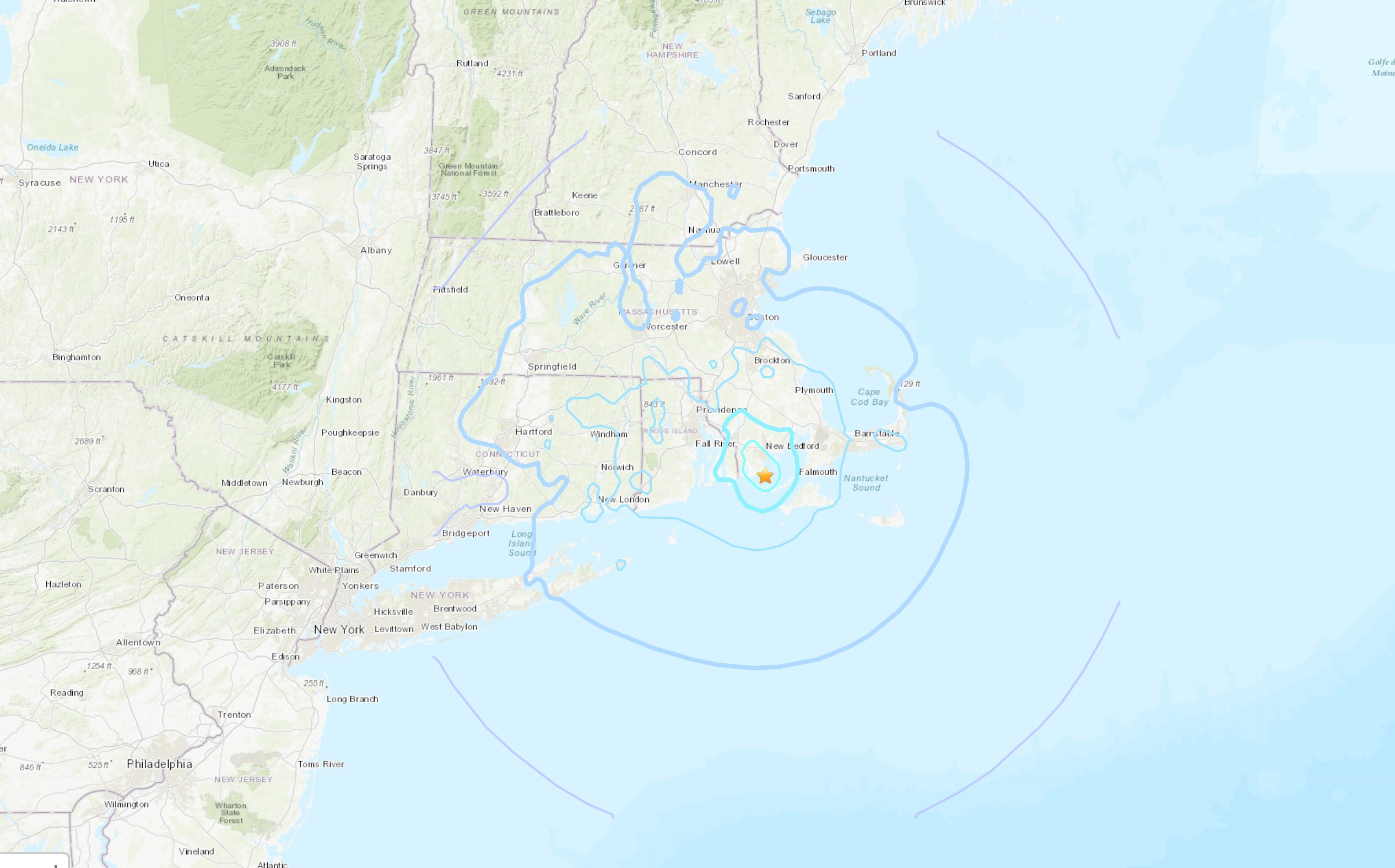 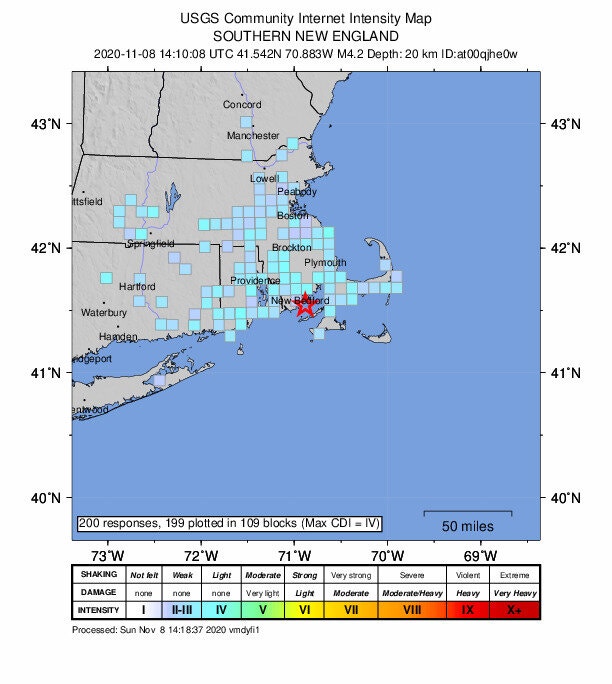 Shaking could be felt in most parts of eastern Massachusetts, Rhode Island and eastern Connecticut.

Residents as far away as southern New Hampshire and the eastern tip of New York's Long Island could also feel the quake, the geological survey said.

"The house shook and glass rattled. No apparent damage."

There were no preliminary reports of damage or injuries.

USGS geophysicist Paul Caruso said: “We wouldn’t expect there to be significant damage from this earthquake.

There have been 26 earthquakes in Southern New England since 1963 but this was one of the largest, the New York Times reports.