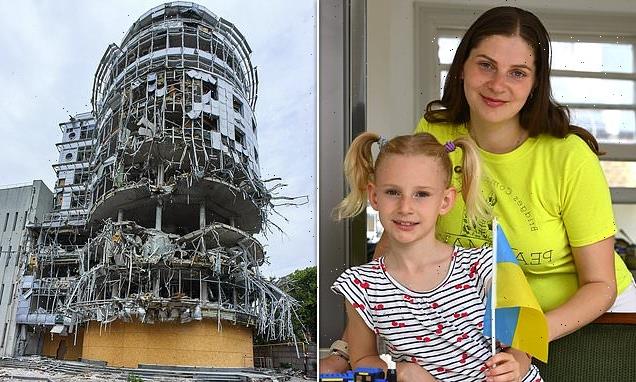 They fled the horrors of Russia’s invasion and were given sanctuary in Britain. Now bewildered youngsters from Ukraine are learning how to be children again.

And, thanks to the incredible generosity of Mail on Sunday readers, thousands have been able to sign up for educational summer camps where they can make friends, practise English – and have fun.

Over the past week, the camps scheme, funded by the Mail Force charity, has seen places eagerly snapped up. Today Barracudas becomes the latest partner to throw open its doors. 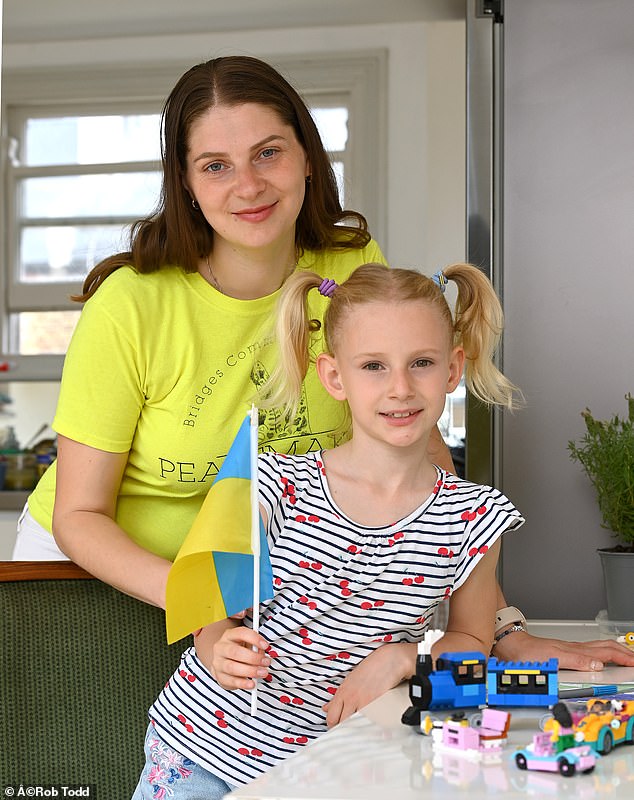 Over the past week, the camps scheme, funded by the Mail Force charity, has seen places eagerly snapped up

Barracudas has 45 day camps around London and the South East – the areas most in demand – for children aged four-and-a-half to 14 to enjoy sports, dance, science experiments and games.

‘It’s important the children feel settled as quickly as possible, and playing and having fun is one of the best ways. We’re used to children from other countries, so we’ll be able to make them feel welcome.’

For Iryna Riazantseva and her three children, summer camp at St Mary’s will be a welcome distraction from their chilling memories of fleeing Ukraine.

Their home city of Chernihiv – just 55 miles from Russia – was attacked on the first day of the war. Mrs Riazantseva, with her sons Radomyr and Sviatoslav, 13 and ten, and daughter Aryna, seven, sheltered in their cellar for 11 days.

‘We did not leave the house, did not wash, did not change. We had time to cook only between attacks from the sky,’ she said.

‘We had to leave. The journey took four days, I was the only driver and we almost died on the way. There was ice and snow, and the car slid into the oncoming lane, where were pushed off the road by a truck.’

Thanks to kind-hearted Britons who sponsored them through Homes for Ukraine, the four are now recovering in West London. 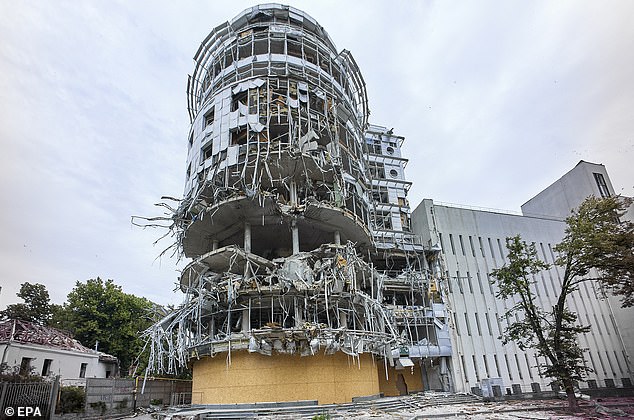 Mrs Riazantseva, 36, whose ex-husband remained behind, added: ‘A wonderful family gave us a separate apartment and supported us. I had never been to England, but I like this country more and more.’

She added: ‘My children do not know English, they have no friends in the new country, so the summer camp will be the greatest joy.’

St Mary’s headteacher Inna Hryhorovych – who does the job as a volunteer – said: ‘We have long run Saturday school classes for Ukrainian children, but since the war started, hundreds more have been turning up on our doorstep.

‘Husbands are staying behind, so it’s mainly mothers. They are tired and scared after terrible ordeals, and they find themselves in a new country. Most don’t have English. They are completely lost, not knowing what to do with their children.

‘At May half term, we put on English classes followed by active play. We took the kids to museums and held sports days, and they started making friends. This summer is going to be even bigger.’

Mail Force launched its Ukraine Appeal within days of the invasion and our readers responded so generously that it became the fastest newspaper fundraiser in history. Donations flooded in, kickstarted by £500,000 from the Mail’s parent company at the personal request of Lord and Lady Rothermere.

It has set aside £1 million for the summer camps scheme.