LA CRUCECITA, Mexico (Reuters) – A powerful earthquake of magnitude 7.4 struck southern Mexico’s Pacific coast on Tuesday, killing at least six people and seriously injuring others in isolated villages, while causing damage to buildings hundreds of miles away in Mexico City. 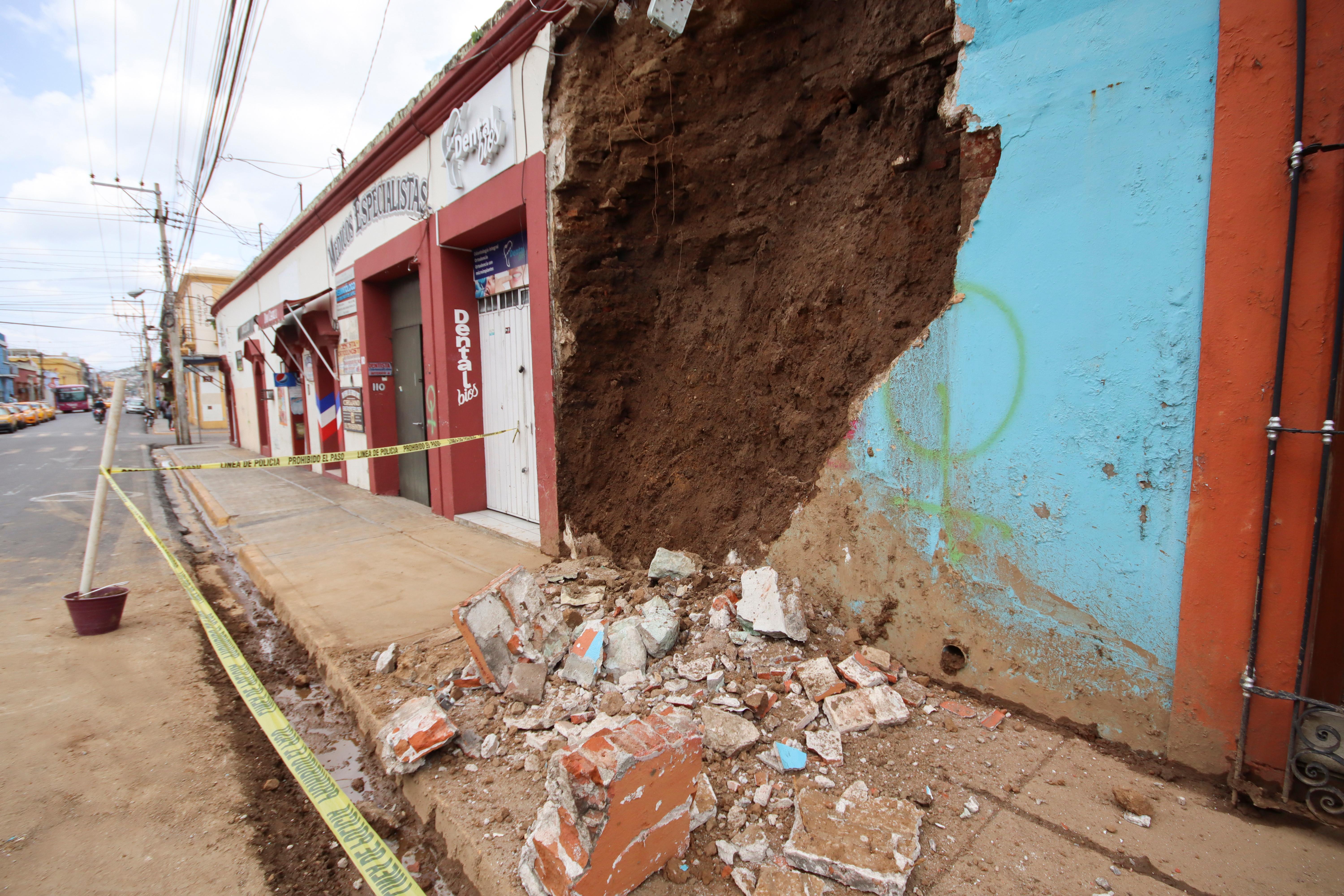 The fatalities were near the quake’s center in Oaxaca, a mountainous state known for its coffee, mescal and Spanish colonial architecture.

A Reuters witness in the state’s Pacific coast resort town of La Crucecita, which Mexican authorities said was the epicenter of the earthquake, saw anxious residents standing outside their homes hours after the tremor as they feared deadly aftershocks.

Houses were scarred by wide cracks across walls and residents sought to clear debris from the streets. About 200 houses in the area were damaged, including 30 that were badly impacted, a local official said.

“We lost everything in one moment to nature,” said Vicente Romero, an owner of a stationary store whose house suffered structural damage. “This is our life’s work.”

Rescue workers battled for hours to reach the settlement, near the epicenter, where the quake brought down homes and parts of the mountainside, the official said.

A clinic and old churches near the epicenter were severely damaged, images on social media showed.

The dead included a worker from state oil company Pemex in Oaxaca, who fell from a height at the country’s biggest oil refinery. The refinery was briefly closed after a fire.

Miguel Candelaria, 30, was working at his computer in his family home in the Oaxaca town of Juchitan when the ground trembled. He ran outside with relatives, but they stopped in the middle of the street as the pavement buckled and rocked.

“We couldn’t walk… the street was like chewing gum,” said Candelaria, 30.

Quakes of magnitudes over 7 are major earthquakes capable of widespread, heavy damage.

In Mexico City, buildings shook strongly and people ran into the streets when an early warning seismic alarm sounded.

Two people were injured and more than 30 buildings in the capital suffered damage, officials said, including buildings still scarred from a 2017 earthquake that killed 355 people in the capital and the surrounding states.

Water from rooftop pools or tanks cascaded down residential buildings in the city, and construction workers on the 56th story of a new residential tower clung to each other as it swayed, images on social media showed.

The U.S. Geological Survey said the epicenter of Tuesday’s quake was located 69 km (43 miles) northeast of the town of Pochutla. It was very shallow, only 26 km (16 miles) below the earth’s surface, which would have amplified the shaking.

Near to the epicenter, Magdalena Castellanos Fermin was in the village of Santiago Astata when the “really intense” quake struck, sending large rocks tumbling down the hillside and alarming residents, she told Reuters by telephone. 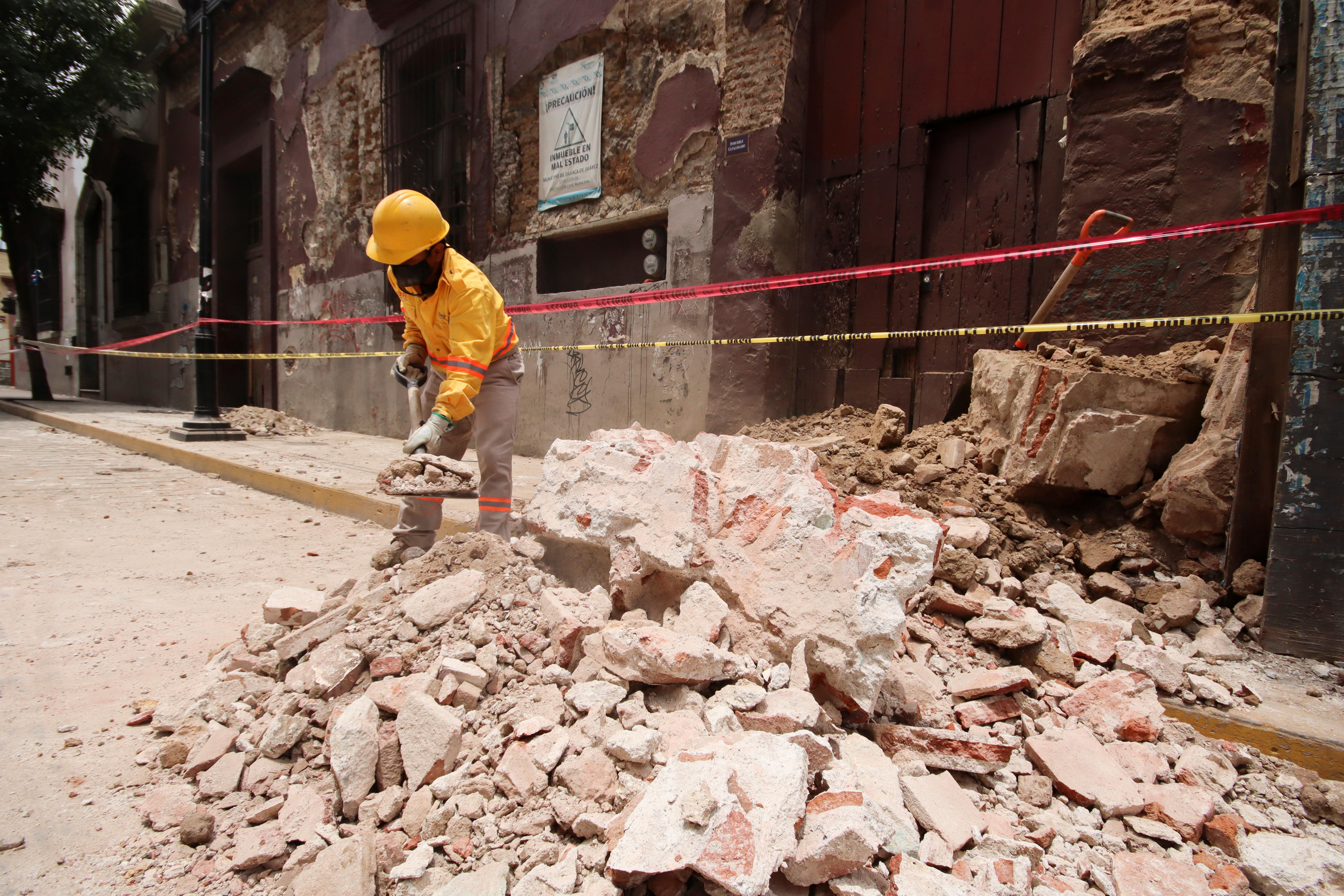 Eunice Pineda, a 26-year-old teacher in Juchitan, said the quake “was two minutes of torture,” as she feared her house would collapse.

But residents in one of Mexico’s most seismically active regions have learned to “live one day at a time,” Pineda added.

“We learn to appreciate, to treasure every moment,” she said.