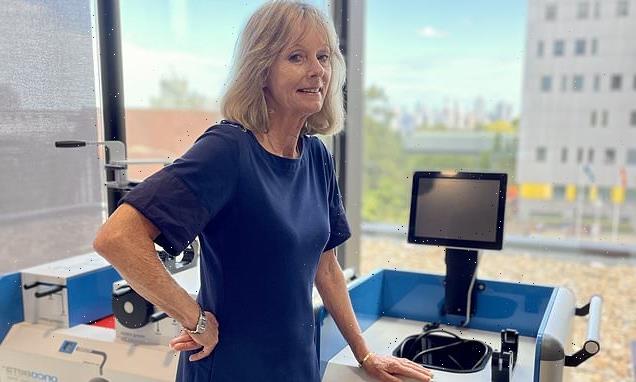 Rhenium-SCT is a single-session procedure where doctors apply a paste directly onto the lesion to eliminate the cancer cells.

The treatment is currently being tested on 200 people in Australia, Austria, Germany, and the UK.

Jan McGrath was one of the first Australian patients to have Rhenium-SCT.

She was treated at a Gold Coast clinic on February 25 for a basal cell carcinoma found on her ear.

Mrs McGrath, who has previously undergone ‘traumatic’ surgeries for other skin cancers, said the new procedure was amazing.

‘It was a very pleasant experience,’ she said.

‘I had to wait nearly three hours to let it do its thing. So I just sat in a nice chair and watched the telly.’ 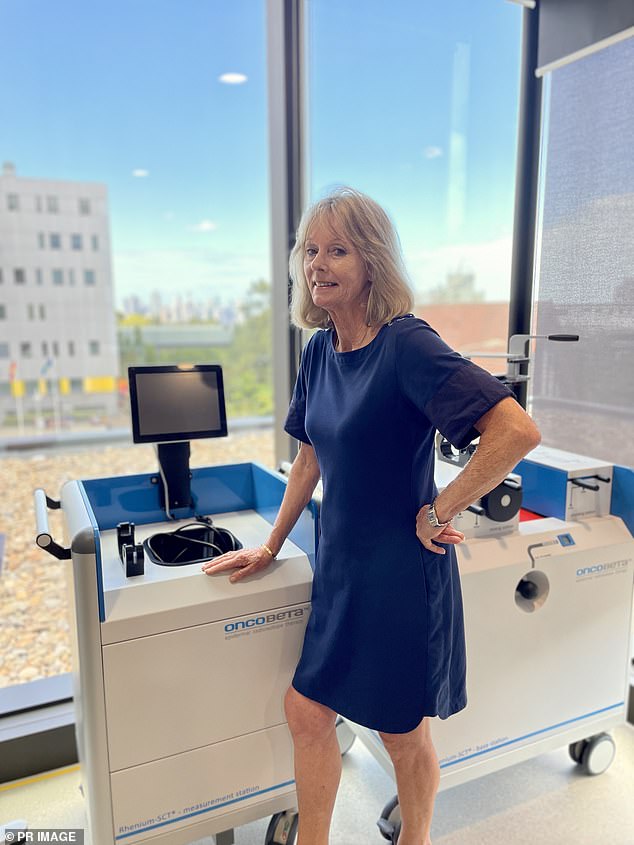 Jan McGrath (pictured) is one of 200 people across Australia, Austria, Germany, and the UK trialing the Rhenium-SCT cancer treatment doctors hope will replace invasive surgery and radiation

The Cancer Council reports about two in three Australians will be diagnosed with some form of skin cancer before the age of 70.

Associate Professor Chris McCormack, the director of the Peter MacCallum Cancer Centre’s Melanoma and Skin Unit, said the most common treatment was surgery, with radiation used in select cases.

He said factors like fairer skin, limited sun protection, and sensitivity from medication can lead to the less severe skin cancers.

‘But they don’t kill as many people and it can be dealt with early.’

Associate Professor Siddhartha Baxi, the physician who administered Rhenium-SCT to the Gold Coast patients, said the new procedure was a ‘useful weapon’ in the fight against skin cancer.

‘We have a group of patients with so many cancers that they’re continuously visiting doctors and having regular interventions,’ the GenesisCare radiation oncologist said.

‘They’re getting fatigued. Patients are looking for alternatives.

‘So it’s quite an honour to be part of an innovation that could change the way we look after some of these patients.’

The global EPIC-Skin Study is being led by medical company OncoBeta.

She said the treatment’s Australian rollout was not dependent on the EPIC-Skin Study results because there were already retrospective clinical trials and published case studies.

‘But the trial gives it that robustness that many clinicians look for when introducing a new product onto the market,’ Dr Vohra said.

‘It’s really important that we hear from the patients and hear about their experience.

‘We want to confirm that the procedure is completely painless as it’s supposed to be and it has a good cosmetic outcome as well.’

The 200 patients taking part in the study will be monitored for the next two years.

More people will be able to participate in the trial as it’s rolled out in clinics in NSW and Western Australia.