Chloe Horton, 18, claims Arianna Ajtar sent the X-rated pic after she complained to Ajtar about her clothing company on social media. 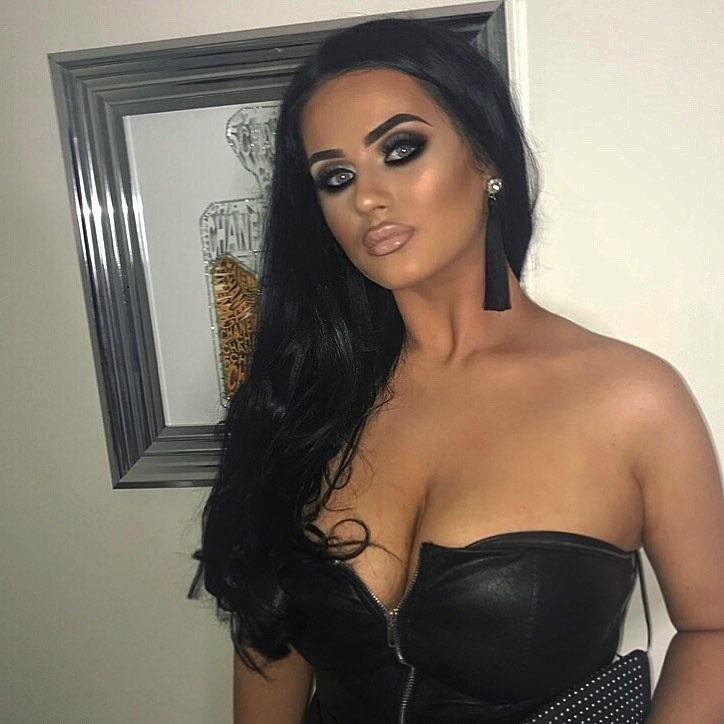 The Clydebank teen claims she and a pal paid £80 for clothes from Ajtar's Mars The Label brand that never turned up – amid allegations others have experienced a similar shopping nightmare.

But the 22-year old star – who appeared alongside Helen Flanagan on the cobbles earlier this year – has since blasted Chloe for developing an "obsessive vendetta" against her.

It comes as brunette beauty Chloe revealed she plans to rope in cops over the naked snap.

Chloe said: “When I was 13, I sent a joke topless picture to a friend but she then put it on a group chat. Obviously, someone has kept it which is sinister and sick. 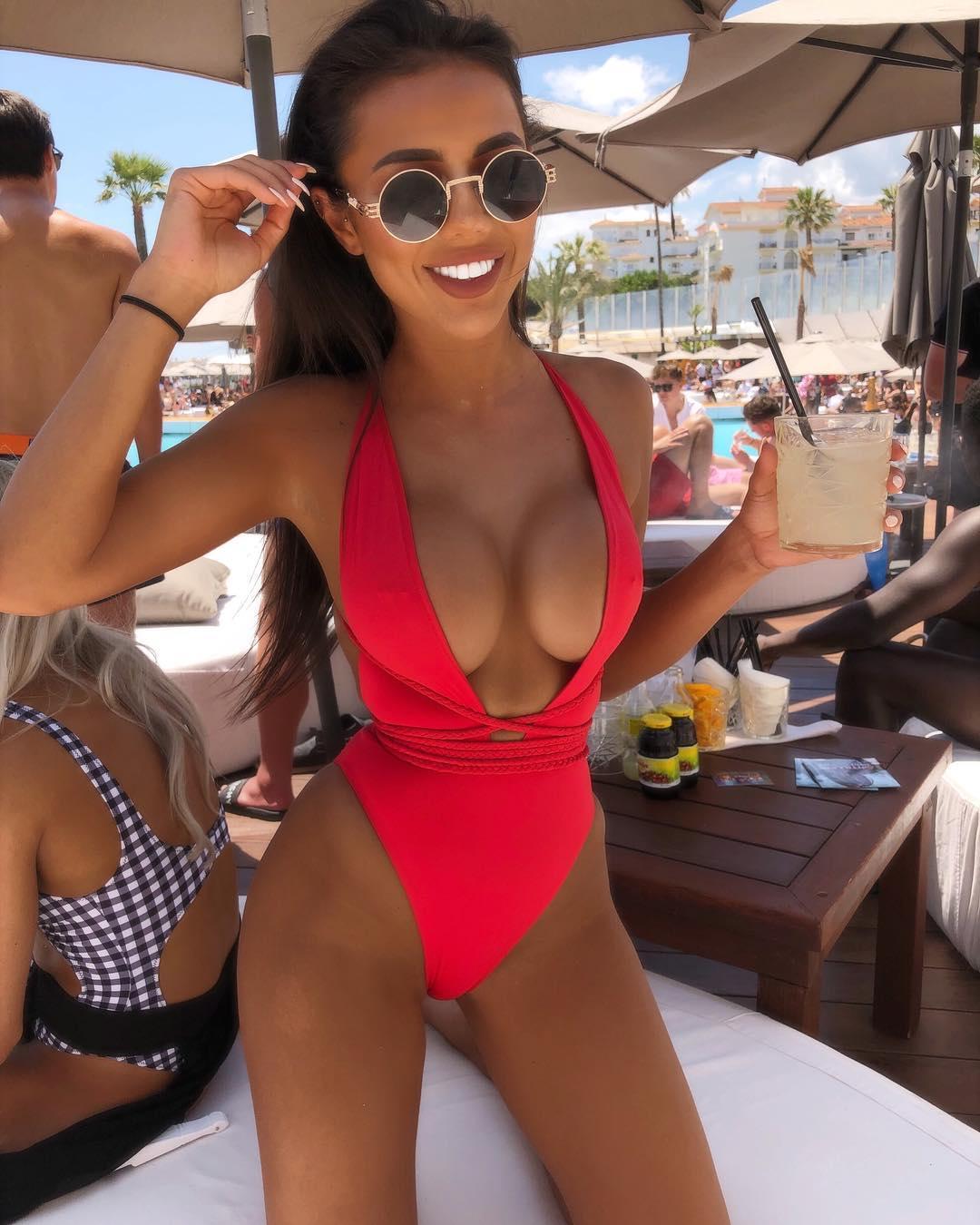 “During my online fight with Arianna, she sent me the picture and named a man it had come from."

A screenshot of the private Twitter conversation, seen by The Sun, shows the image of a younger Chloe sent by Ajtar. But the actress claims she included the snap out of “concern” for the Scot.

Chloe added: “This person must have been watching the Twitter argument and sent it to her because there’s no other way she could have got it.

“She didn’t say anything with the picture. 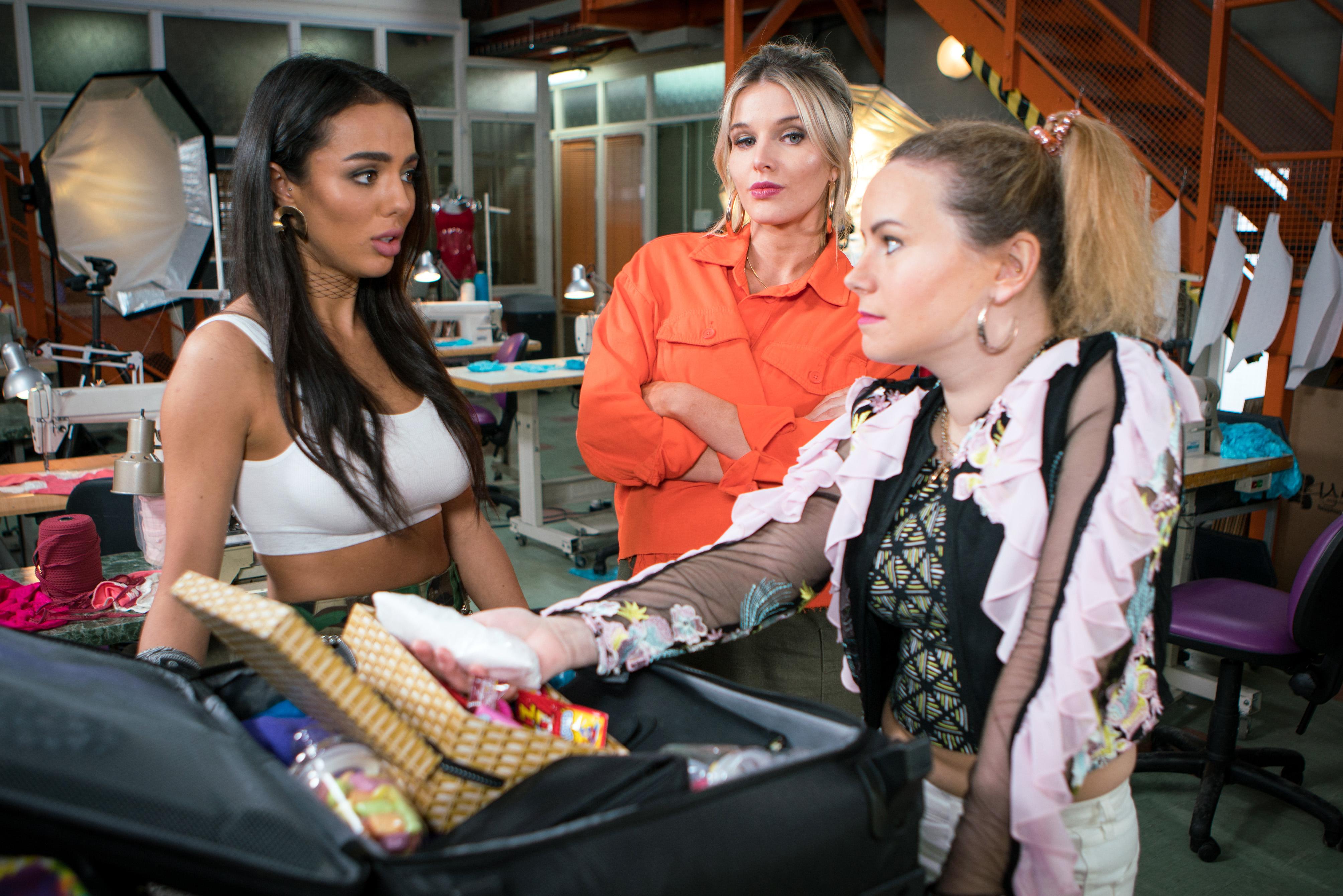 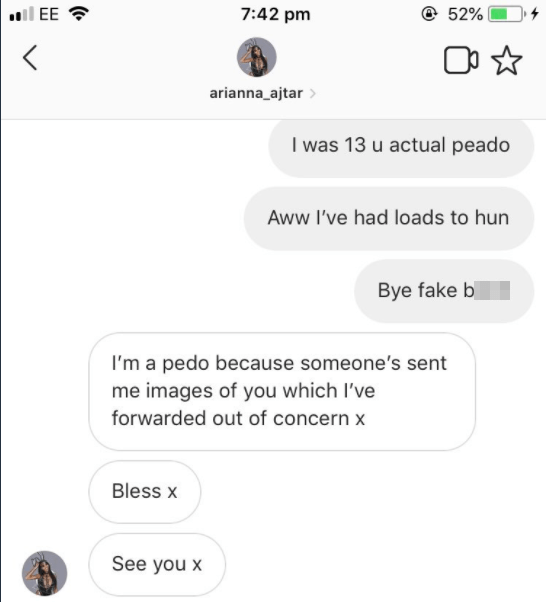 “I was disgusted someone would give her it to do so.

“Why would you have a picture of a 13-year-old on your phone for five years?”

Ajtar, 22, of Bolton, Lancashire, has also been accused of body-shaming after calling Chloe “chunky” during the feud.

The Twitter spat was sparked by claims that Ajtar’s internet retailer had been charging customers without providing the products – which the star strongly denies.

The pair exchanged heated messages about deliveries and orders, before the picture was included. 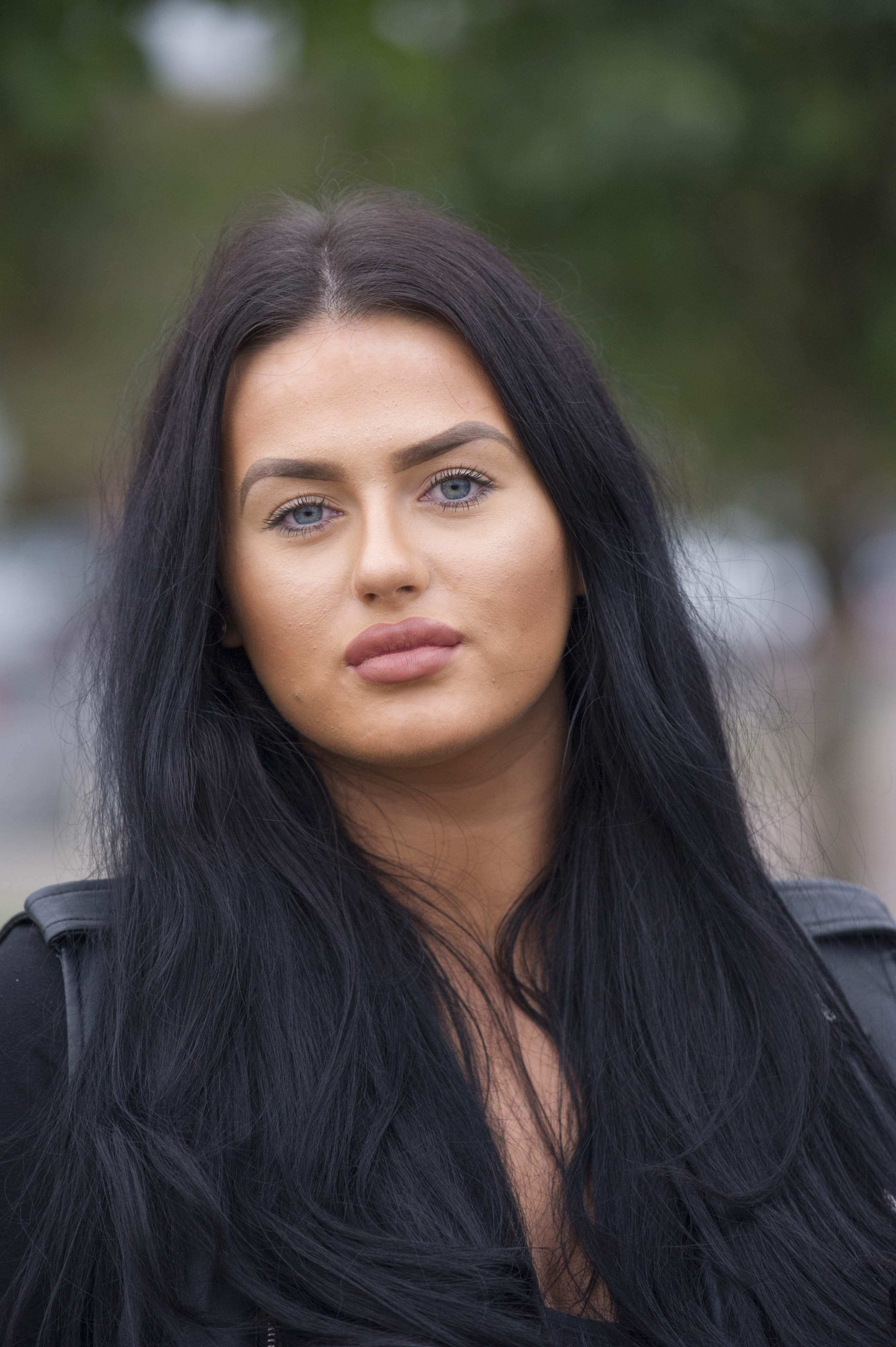 Ajtar acted in Corrie earlier this year, playing the role of a model called Olivia.

In scenes which aired back in June, it emerges that Arianna’s character has been used as a drugs mule by Rosie Webster’s ex Antoine.

Off screen, her fashion posts have racked up 308,000 followers on Instagram.

She has now hit back at Chloe, claiming the beauty is harassing her. 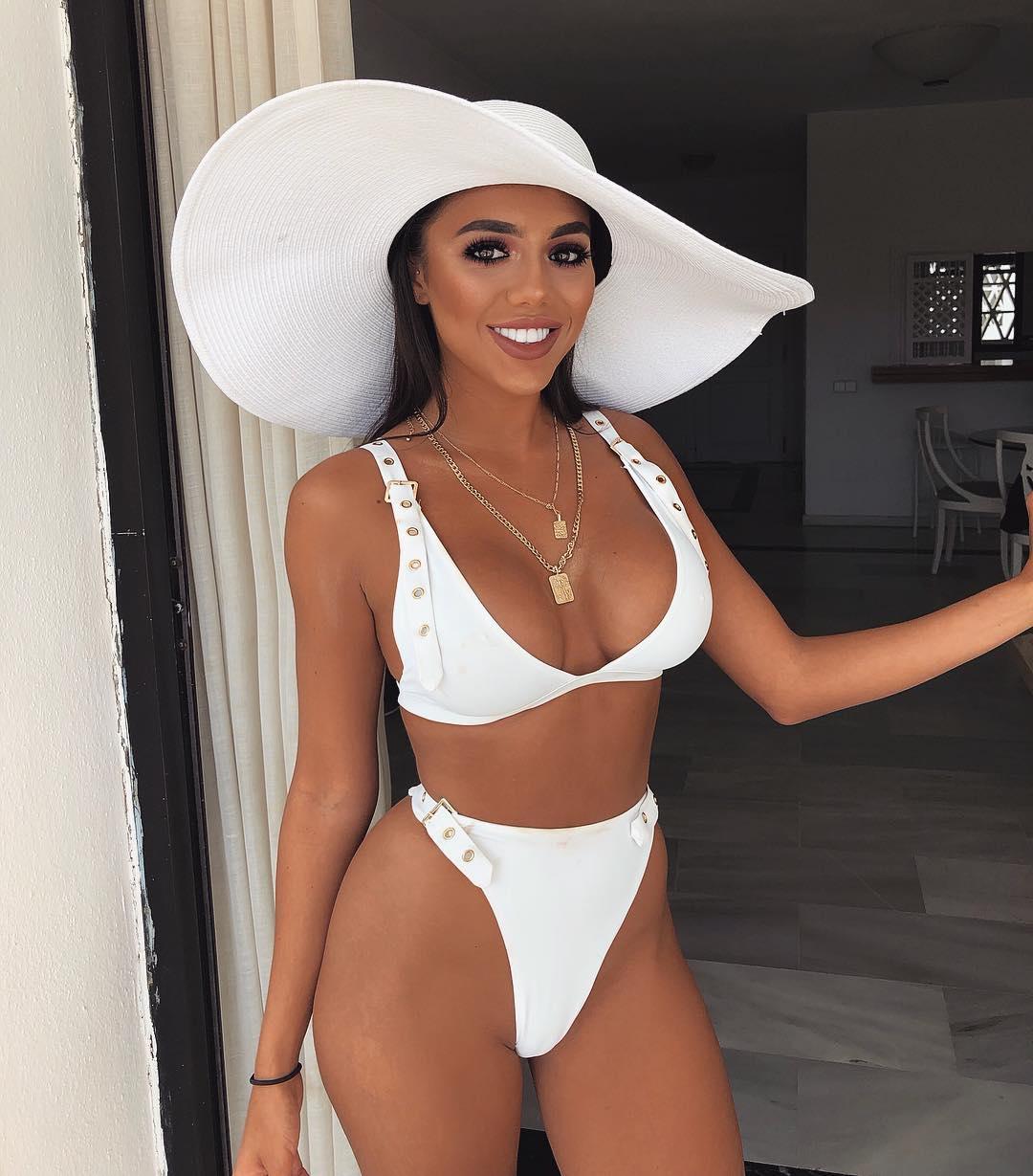 In a statement issued by Arianna's PR company they claimed that: "Chloe has an obsessive vendetta against Arianna. It’s becoming out of hand now.

"This has been going on for more than two years."

And the star's representative further claimed that a complaint had been lodged with cops.

But Chloe insists: "I've not harassed her in any way. I’ve only spoken up for myself and others. It’s not slander or harassment, it’s the 100 per cent truth.

"I haven’t been contacting her either and the police haven't been in touch with me.

"There is no obsessive vendetta against her whatsoever, just me trying to save young girls money, including mine."

And the Scots teen stated: "If anyone’s been harassed it’s me, with her sending me indecent images of myself."

Greater Manchester Police have been contacted by The Sun for comment.

Asked about the clothing claims, reps for Arianna added: "There were a few complaints over misplaced items when Arianna first started her brand over a courier she used.

"All these issues have been rectified and she has a completely different shipping system in place currently and no issues or complaints via customer service.

We told earlier how Bolton-born Ajtar, 22, leads a glamorous lifestyle – often seen posing for saucy bikini snaps around the world.

The model keeps her 308,000 Instagram followers posted as she jets off to exotic destinations including Ibiza, Dubai and Thailand.