Maksim Chmerkovskiy is on his way home to Los Angeles.

The Ukrainian-American dancer, who was in Kyiv when Russia invaded, boarded a flight to the U.S. on Wednesday where he'll be reunited with his wife, Peta Murgatroyd, and their 5-year-old son, Shai.

Before he got on the plane, he shared a video on Instagram showing a "patch of gray hairs that just came out," as a result of being in Ukraine amid the attack. Chmerkovskiy, who had been in his homeland working on the reality competition World of Dance UA, fled Kyiv on Monday taking a 23-hour packed train to the Poland border. From there, he got a ride to Warsaw and was awake for 36-hours by the time he arrived at a hotel. 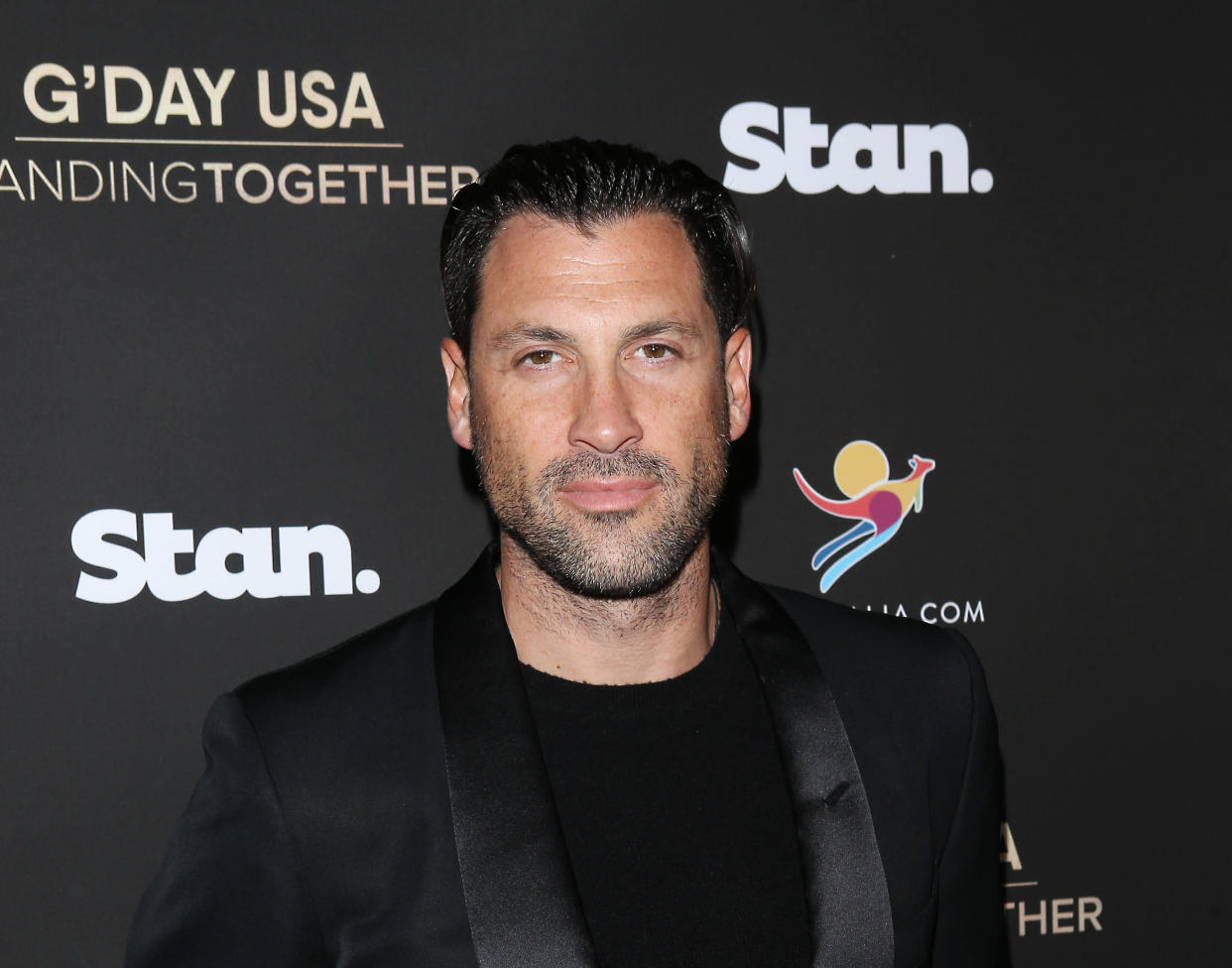 Chmerkovskiy started by telling a story about his manager, who lives outside of Kyiv, moving further south as an extra precaution amid the Russian strikes. Despite being seemingly out of the battleground, a rocket hit the manager's new property.

"I don't even want to address the fact that Russians are denying it," he said of the civilian strikes which have resulted in more than 2,000 deaths.

Speaking to Russians directly, he said, "I wanna address the fact that it is that place that is lying to you. Where you live. It's rotten."

Chmerkovskiy said Russian President Vladimir Putin "didn't just lie to us and the entire world. He lied to his people for a very long time."

However, Chmerkovskiy — whose family immigrated to the U.S. in 1994 — said Putin "doesn't represent all the Russians. I just want that to be very clear. I don't want there to be hate [against Russian citizens]. I don't want there to be disgust with them as a nation. They are our brothers and sisters. My mom's brother, with his family, lives in Russia. My grandpa lives in Russia."

Hours before, when Chmerkovskiy arrived at his Warsaw hotel, he recorded a 26-minute video — captioned "I’m in Warsaw. I’m in hotel. I’m not ok" — touching on his journey. He said on the way, he witnessed Russian attacks on civilians, but he said he wasn't ready to speak about it.

"I won’t be able to express myself. I’m already tearing up and choking,” he said. "I’m scared, I’m confused. I’m terrified. And I’ve just lived through some [stuff] that I'm going to need a lot of therapy for."

He continued, "But I know this — it's us little guys against the big guy. I don't care how big [Putin] is. I don't care how mean he is. When we're together, I can see what can happen. We can have a little guy finally win and it will be a joint effort and after that, we can figure out how to make sure that there's never again one f***ing person, one man, who can do whatever he's doing."

Chmerkovskiy didn't discuss how he was able to leave the country — amid an order that reportedly prevents men between ages 18 and 60 from leaving. He does reside full time in the U.S., however.

He did compare leaving to being "like out of a movie." He traveled on a packed train car, that typically holds 30 but was transporting about 135. "It kept getting more and more packed," he said. "I'm thinking to myself there's no air. There's no way that we can travel [like this]." He said he stood at the back of the train for the day long journey to give others in need a seat.

Chmerkovskiy admitted to feeling "guilt" over leaving the war-torn area.

"I thought about it, my guilt," he said. "I started to think about this and I came up with this analogy: In '94, I was put up for adoption and I got adopted by a beautiful, young, vibrant, exciting, forward-thinking country and I fell in love. And I left Ukraine in '94 [as] a sad, sad person because I felt like I was getting unrooted… I was in this new country. But I turned around and said, 'You know what? This is what I'm going to do.' The 14-year-old Maks, with his family and all the love and support that he had, did stuff and here we are."

He talked about how he "reconnected" with Ukraine after leaving the country as a teen. He admitted to having "a very f***ing hard time leaving" amid the attack. "I'm having a horrible time. I'm having very mixed emotions. I have my friends there, my friends in [the] frontline… I can't hear from some of the people. I can't get in touch with them. I don't know if they're dead."

He thanked his fans for following his journey.

Meanwhile, Chmerkovskiy's wife Murgatroyd — a pro dancer who also appeared on Dancing With the Stars — is awaiting his return in Los Angeles. She shared on her social media that she's been burning candles over the last five days, alongside a family photo of them with their son, "and never let them blow out."