Kuala Lumpur: Embattled former Malaysian prime minister Najib Razak arrived at the headquarters of the country's anti-corruption commission on Tuesday, under orders to explain a suspicious transfer of nearly $14 million into his bank account. 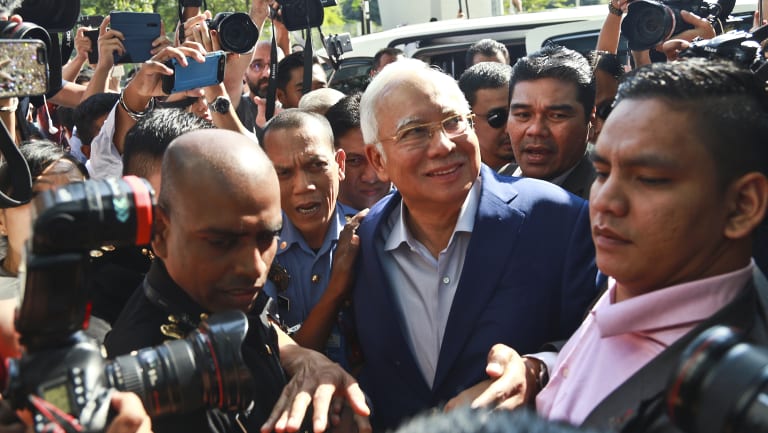 The sum is just a fraction of billions of dollars allegedly siphoned from state fund 1MDB, a scandal that dogged the last three years of Najib's near-decade-long rule and was one of the main reasons why voters dumped him in an election on May 9.

That shock election result upended Malaysia's political order, as it was the first defeat for a coalition that had governed the south-east Asian nation since its independence from colonial rule in 1957. 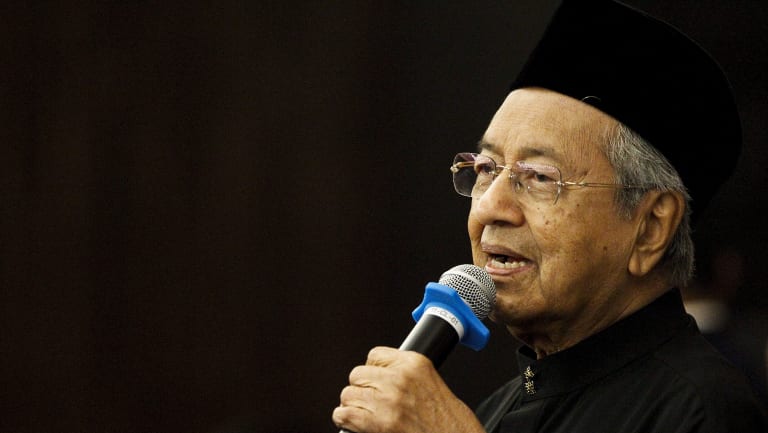 Malaysian Prime Minister Mahathir Mohamad, 92, after his stunning victory on May 9.

Malaysia's new leader, Mahathir Mohamad, who at the age of 92 came out of political retirement and joined the opposition to topple his former protege, has reopened investigations into 1Malaysia Development Berhad (1MDB) and has vowed to recover money that disappeared from the fund.

Since losing power, Najib and his wife, Rosmah Mansor, known for her shopping habit, have suffered a series of humiliations, starting with a ban on them leaving the country, and then police searching their home and other properties.

Flanked by security guards, Najib entered the Malaysian Anti-Corruption Commission (MACC) headquarters in Kuala Lumpur, moving slowly through a throng of journalists outside the building. Wearing an open-neck shirt, he looked relaxed and smiled.

Najib has consistently denied any wrongdoing since the 1MDB scandal erupted in 2015, but he replaced an attorney-general and several MACC officers to shut down an initial investigation.

He has said $US681 million ($898 million) of funds deposited in his personal bank account were a donation from a Saudi royal, rebutting reports that the funds came from 1MDB.

The initial focus of the MACC's new probe is on how 42 million ringgit ($13.9 million) went from SRC International to Najib's account.

SRC was created in 2011 by Najib's government to pursue overseas investments in energy resources, and was a unit of 1MDB until it was moved to the Fnance Ministry in 2012.

MACC has been able to track the money trail from SRC more easily because transactions were made through Malaysian entities, whereas most other transfers of 1MDB funds went through foreign banks and companies.

To investigate 1MDB, on Monday the new government set up a task force made up of members of the anti-graft agency, police and the central bank, to liaise with "enforcement agencies in the United States, Switzerland, Singapore, Canada and other related countries".

The US Department of Justice said on Tuesday it would continue to pursue investigations into 1MDB and looked forward to working with Malaysian law enforcement authorities.

"The Department of Justice is committed to ensuring that the United States and its financial system are not threatened by corrupt individuals and kleptocrats who seek to hide their ill-gotten wealth," a DoJ spokesperson said in an email statement to Reuters.

"Whenever possible, recovered assets will be used to benefit the people harmed by these acts of corruption and abuse of office," the statement added.

The US filed forfeiture complaints in 2016 and 2017 seeking to recover over $US1.7 billion in assets traceable to funds allegedly misappropriated from 1MDB.

These complaints alleged that more than $US4.5 billion was diverted from 1MDB and laundered through a web of shell companies and bank accounts located in the United States and elsewhere.