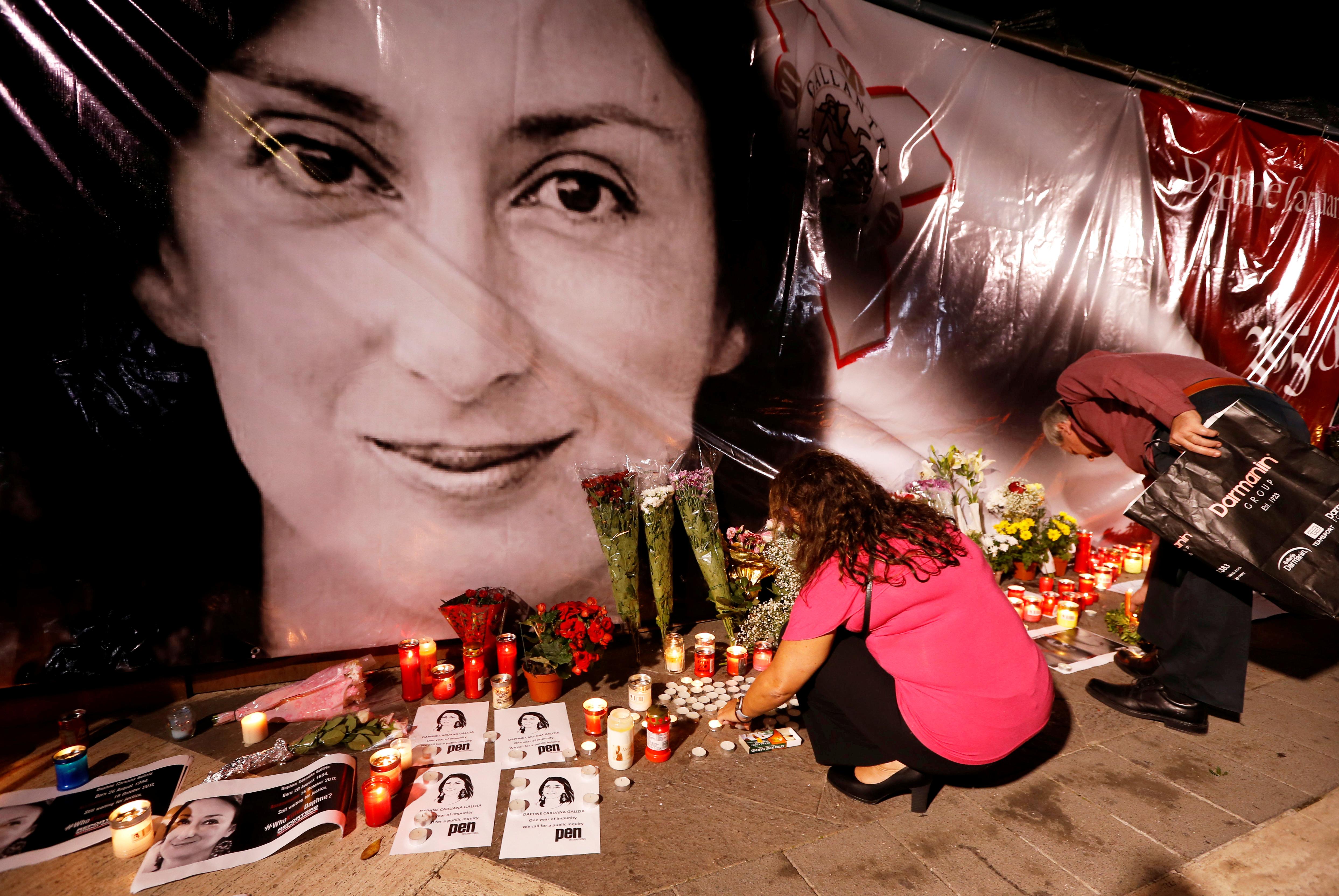 VALLETTA (Reuters) – The Maltese government will recommend a pardon for the suspected middleman in the 2017 murder of journalist Daphne Caruana Galizia once he tells authorities what he knows and agrees to testify in court, Prime Minister Joseph Muscat said on Tuesday.

He made the statement after the Times of Malta newspaper reported that police had arrested a man suspected of being the intermediary between the person who commissioned the car-bomb murder and three men accused of having carried it out.

The man, whose identity has not been revealed, is seeking a pardon to reveal the mastermind. He also wants the pardon to extend to other crimes he committed.