The grim video, shared on YouTube, shows Neel Raithatha, who runs a hearing clinic in Leicestershire, pulling the objects out with specially designed forceps. 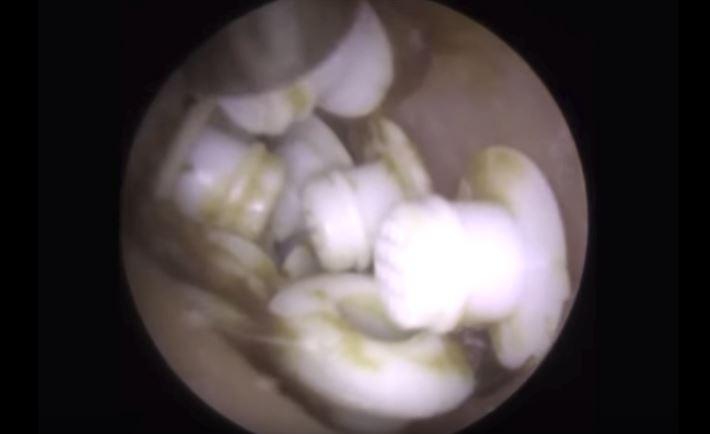 Mr Raithatha, who regularly shares videos of ear wax removal on social media, can be seen pulling the small white objects out of the ear canal one by one.

The man’s ear was clogged with hearing aid wax filters, which kept falling off of the man’s hearing aids when he put them in.

The video shows a clump of them trapped in his ear canal, surrounded by wax and likely making it difficult to hear.

“The client was referred to an ear nose and throat specialist on the NHS, but the waiting time was a minimum three months,” Mr Raithatha wrote on his YouTube channel. 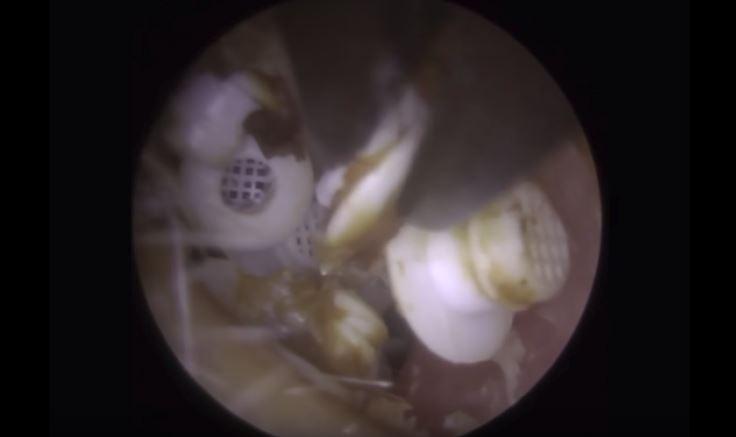 “For obvious reasons the client wanted to have the hearing aid wax filters removed as soon as possible and was referred to myself from another audiologist.”

Mr Raithatha is know for his stomach-churning procedures.

Last month he filmed the moment he removed a giant chunk of ear wax that left a woman "deaf" in one ear.

He said the clump of wax was so large the woman was no longer able to wear her hearing aid as it “caused it to whistle and squeal”.

Previously he shared footage of him pulling a cotton bud out of a patient's ear two years after it got stuck.

The man went to the clinic complaining of pain and limited hearing in his right ear.

He told doctors he had got a cotton bud stuck in his ear two years ago but he believed it had fallen out on its own.

But, after recently going swimming, the water that entered the man’s ear caused the cotton bud to swell and cause him pain.