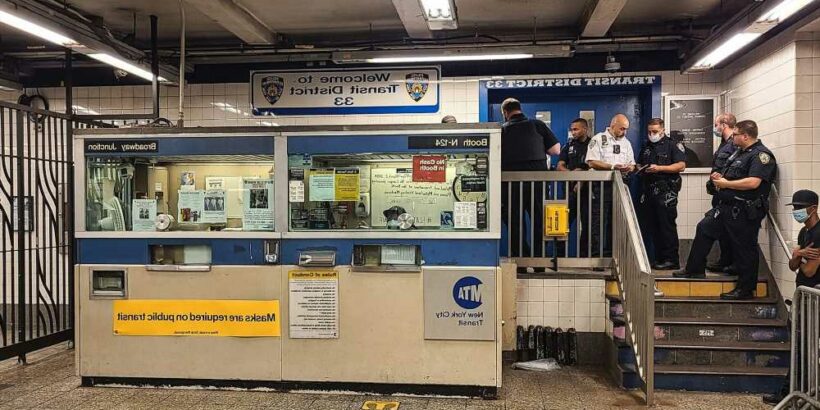 A 47-year-old man was stabbed during a squabble in a Brooklyn subway station early Wednesday, authorities said.

The victim was going down an escalator near the A and C lines at the Broadway Junction station around 4 a.m. when he got into a spat with a man and woman he did not know, police said.

The argument turned violent when the man suddenly stabbed the victim in the stomach, cops said.

He was taken to Brookdale University Hospital Medical Center with non-life-threatening injuries.

Both of the suspects were taken into custody with charges pending, cops said.

The nature of the dispute was unclear.