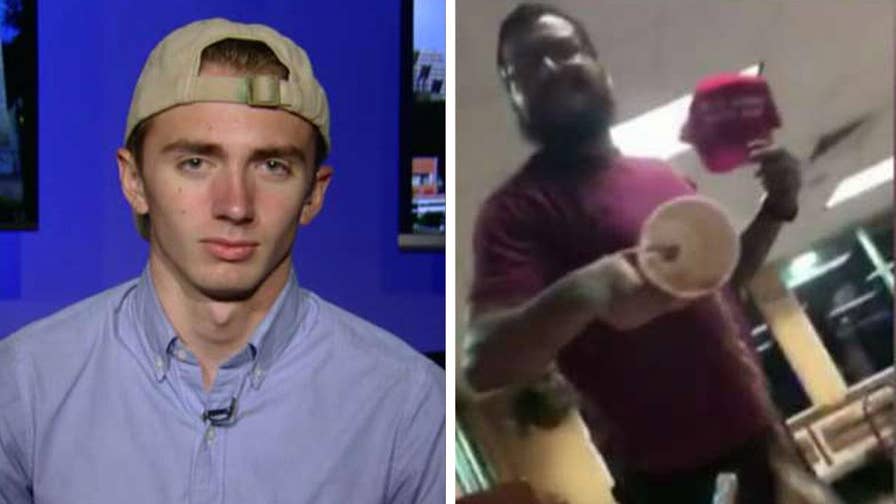 Teen bullied for wearing a MAGA hat speaks out

16-year-old was attacked by a man at a San Antonio burger joint for wearing a 'Make America Great Again' hat. Hunter Richard shares his story.

A grand jury has indicted a Texas man who was arrested in July for allegedly stealing a teen’s “Make America Great Again” hat before throwing a drink in his face at a Whataburger restaurant — an incident that went viral and caught the attention of the Trump family.

Kino Jimenez, 30, was charged with theft of person. He could serve time in state jail if convicted, Houston’s KHOU-TV reported.

Jimenez was accused of stealing 16-year-old Hunter Richard’s cap on July 3. The teen captured a video of Jimenez criticizing him for supporting President Trump as he sat in the San Antonio restaurant with friends. 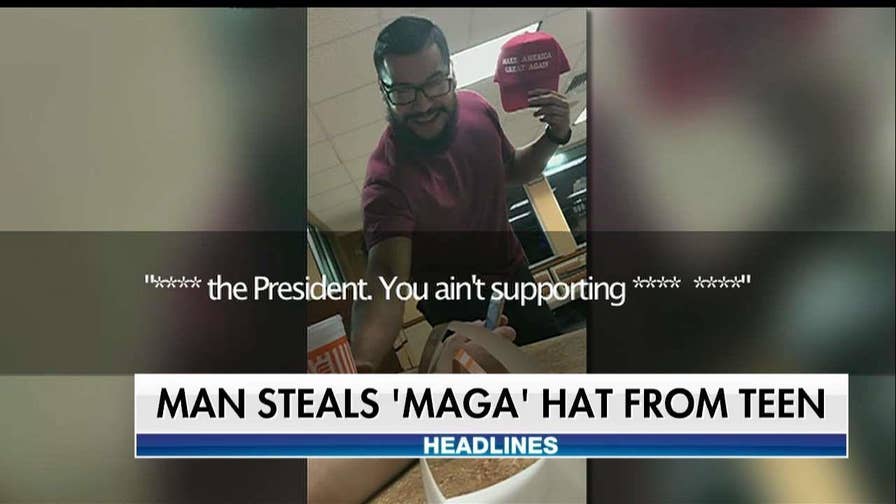 “You ain’t supporting s—, n—-!” a man identified as Jimenez is heard saying on camera after tossing a large drink in the direction of the teen filming the video. He then walks away with the hat while muttering "b—- a– motherf——" as one of the other teens sitting at the table appears stunned.

Authorities identified Jimenez from the video and arrested him at his home July 6 on a warrant for theft of person. He was booked and released later that day on $5,000 bond.

Police returned the hat to Richard following the arrest, but the teen also received a duplicate hat — autographed by President Trump.

The gift from Trump came about because Donald Trump Jr. heard about the story and asked Twitter followers to put him in contact with the teen.

Jimenez was set to be arraigned Friday. His trial was scheduled for Oct. 19.