Gianny Sosa-Hernandez, 18, was charged with criminal mischief after he wrestled the alligator in a social media stunt, according to the Miami-Dade Police Department.

In his latest attempt at an RKO finisher, a move WWE star Randy Orton famously performed, Sosa-Hernandez can be seen grabbing the £2,827 ($3,690) gator before pinning it to the water.

The video, filmed on March 30 at The Falls shopping centre in Florida, US, shows the boy removing his sweatshirt before hopping over a barrier surrounding an open-air pond section.

Whoever is filming the stunt can be heard asking: “What are you about to do?”

But as Sosa-Hernandez runs off to do the stunt, the cameraman says: “No man, come on.”

The boy then jumps into the water and sets upon the fake gator.

He flings the prop into the water before throwing a flying elbow.

Sosa-Hernandez shouts “RKO” – a reference to the infamous WWE move.

After grabbing ahold of the display alligator, he flips it over and pins it down.

The cameraman, who appears to have changed his tune, shouts: “Pin that boy. 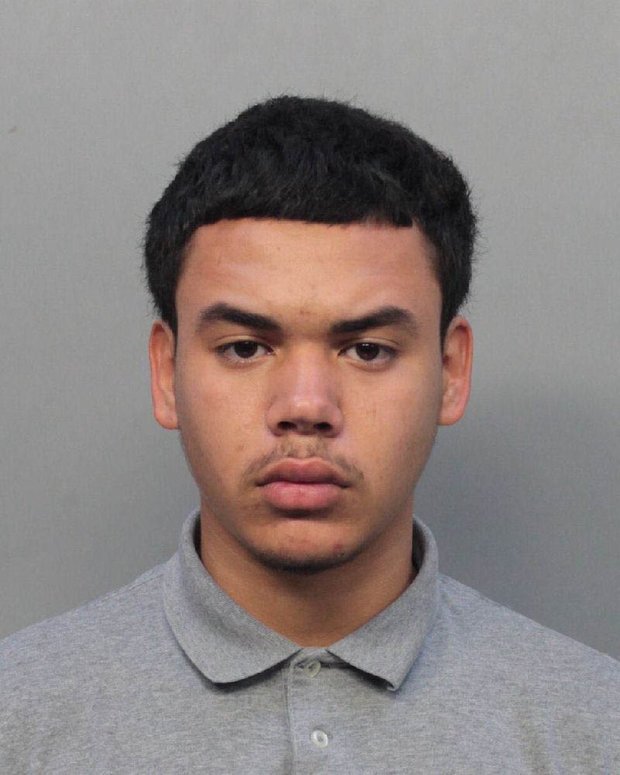 Miami-Dade County Public Schools confirmed the 18-year-old was arrested only last week for trying to attempting the same move on his high school principal.

And for that incident, which he partially filmed and shared on social media, the boy faces charges of battery on a school official and interference with an educational institution.

He uploaded an image of his mugshot to social media, captioned: “Sosa locked up and this s*** still a joke.”

Only days ago, the boy uploaded his recent mug shot to his Instagram page, captioning it: “He really went back to fix his mugshot (laughing face emoji)