Pensioner, 83, who bought pair of £30 hinges on Amazon for his motorhome fridge has £764 taken from his bank account after ‘ludicrous’ shipping fee is added to bill

A baffled pensioner was slipped with a £734 shipping bill when he who bought two hinges on Amazon.

Michael Ord was ‘incredibly confused’ when he discovered £764 had been taken from his bank account after buying the £30.33 hinges.

The 83-year-old online shopper was charged hundreds to ship the items from the USA.

Mr Ord branded the fee ‘absolutely ludicrous’ and said there was no mention of such costs when he bought the hinges for the fridge in his Ducato Swift Suntour motorhome. 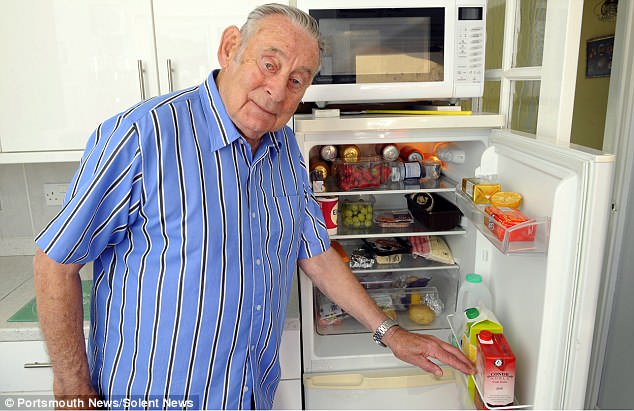 When he researched what a realistic transportation cost might be, he found it should have been about £15 – making the retail giant’s shipping bill 48 times what it should be.

The pensioner from Portchester, Hampshire, gave up hope of getting his money back after he contacted ‘unhelpful’ Amazon but couldn’t speak to anyone.

But the online shopping group has now refunded the £734.34 and said the blunder was the result of a ‘system error’.

Mr Ord, who used to work for a firm specialising in defence electronics, said: ‘When I purchased the hinges, I couldn’t see a shipping cost associated to it.

‘The item itself only cost me £30, so when I saw more than £760 missing from my account I was incredibly confused.

‘I got straight on to the bank who pointed me in Amazon’s direction – but I found them to be very unhelpful. 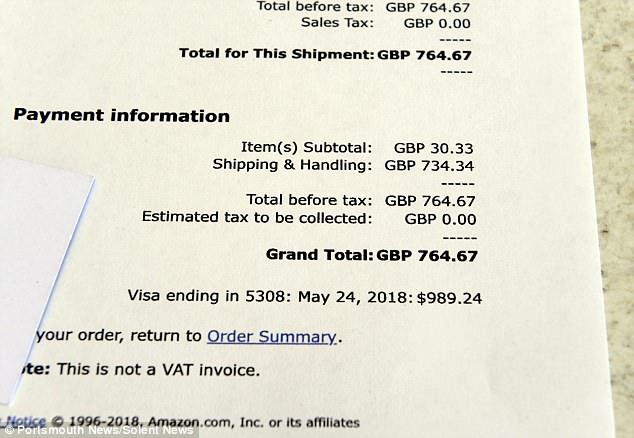 ‘I would have been fine if it was a reasonable shipping cost, but to he charged £734.34 is absolutely ludicrous.

‘I had assumed there would be a shipping cost because it was purchased from an American company, but I would never have imagined something like that.

‘I looked it up online and the shipping cost should have been in the region of £15 – not 48 times that.’

Mr Ord criticised Amazon’s handling of the situation, saying: ‘All of the phone calls seem to be automated these days, so you never actually talk to someone about the problem you’re having.

‘I sent some emails across as well and never received anything back from those either.’

A spokesman from Amazon confirmed it had refunded the shopper his £734.34 and added: ‘It’s not our policy to comment on individual customers. The charge for the order was the result of a system error, but a fix has been put in place to prevent that from happening again.’

Mr Ord said he is ‘delighted’ to be getting a refund. ‘I never thought I would be getting the money back,’ he said. ‘I was very fortunate that Amazon eventually paid attention to what happened to me.’