Dim and tonic! Man, 28, buys his partner an engraved gin glass as 30th birthday gift… but it’s etched with his DELIVERY REQUEST as he filled in the wrong box for his romantic message

It  was intended as a romantic gesture to mark his girlfriend’s 30th birthday… but ended as an engrave error of judgment.

Daniel Varey’s mistake in ordering an inscription left Hayley Woodward receiving a gin glass with the message ‘Can we have it delivered before Monday if possible as that’s her 30th. Nice one.’

But when placing the order online, he mixed up the inscription box with the message for the delivery driver. However, the couple saw the funny side. 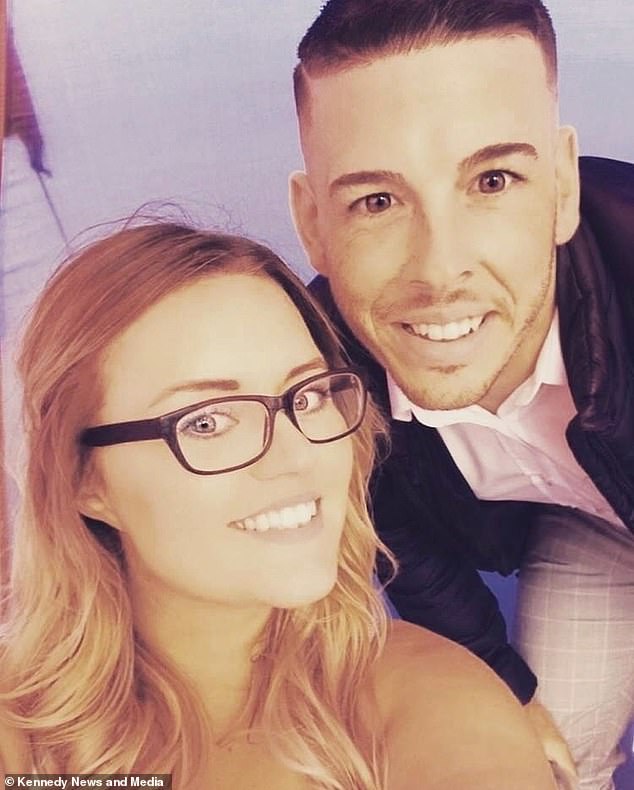 Mr Varey, from Denton, Greater Manchester, said: ‘I was aiming to make Hayley’s birthday as special as I could for her so I bought her loads of gifts, booked a holiday for February 2021 (fingers crossed it happens).

‘The gin glass 100 per cent cheered her up, she couldn’t stop laughing.

‘When I was putting the order through for the glass, it came up with a section saying ‘note for the glass’ and additional notes for the business – I got them back to front.

‘I had a feeling that I did something wrong because I’m so dopey and I literally rushed the order as Hayley was sat next to me so had to do it secretly. 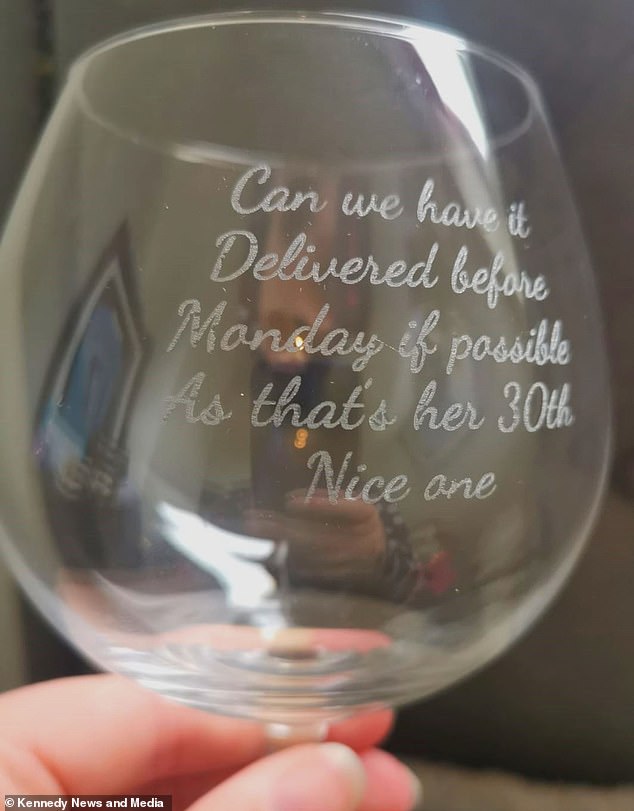 Mr Varey had mixed up the inscription box with the message for the delivery driver and when the gift arrived the message read: ‘Can we have it delivered before Monday if possible as that’s her 30th. Nice one’

‘I gave it to her yesterday morning and she literally burst out crying with laughter.

‘It came gift wrapped so I didn’t see it before she opened it and I was like what the hell is wrong with you? I’ve put my heart and soul into that glass! Then she showed it to me and I was mortified!’

Miss Woodward added: ‘It would only happen to us.’