A man has been charged after allegedly stabbing a young female jogger on a residential street in Melbourne's north-west in broad daylight on Thursday.

The 18-year-old man has also been charged over another alleged assault on the same walking path in April.

The woman in her 20s was ambushed and stabbed about 10.30am on Thursday near Primula Boulevard in Gowanbrae. 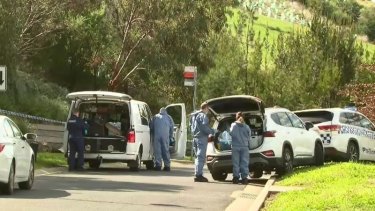 Police at the scene of the alleged stabbing in Gowanbrae.Credit:Nine News

He has also been charged in connection to an alleged sexual assault on the same walking path near Primula Boulevard on April 7.

He was remanded in custody and is due to appear before the Melbourne Magistrates Court on Friday.

The woman in her 20s remains at the Royal Melbourne Hospital in a stable condition with upper body injuries.