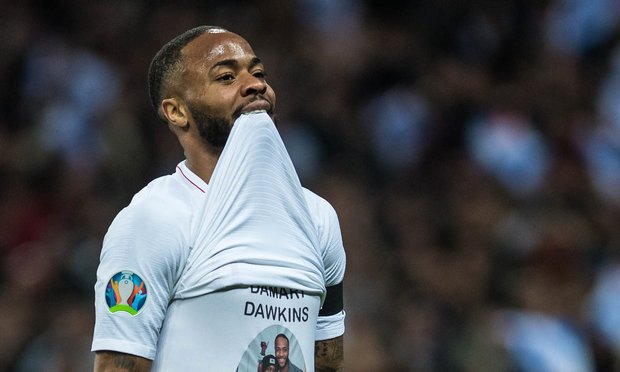 “Not so long ago everyone was predicting that Raheem may be slipping down that slippery spiral that has trapped so many young sportsmen with the world and its wealth at their feet.

“To his huge credit he has risen above that, and by analysing what is happening through news programmes like BBC Breakfast has a far more mature and understanding outlook of life.”

The daily show is hosted by main presenters Dan Walker, 42 – who became friendly with Raheem from fronting Football Focus – and Louise Minchin, 50.

Six years ago Raheem walked free from two separate court cases after being charged of common assault on two women.

And a year ago he was widely condemned for having an M16 rifle tattoo on his leg.

He later explained it was to honour his dad, who was a victim of gun violence and died when Raheem was just two.

The insider added: “Raheem is a changed man who is aware and caring about so many issues in the world since taking a real interest in what’s going on.

“He is determined also to warn young kids away from knife crime and gangs, and has developed a really compassionate side.”

After the shameful racist taunts in Montenegro, Raheem called for stadium closures as punishment to clubs and countries worldwide – including Britain – where supporters are guilty of abuse.

He said:”I think they should know that if it’s two people, the whole stadium is getting it. That will make people think a lot more.

“If only two idiots do something like that, it needs to be the whole stadium.”