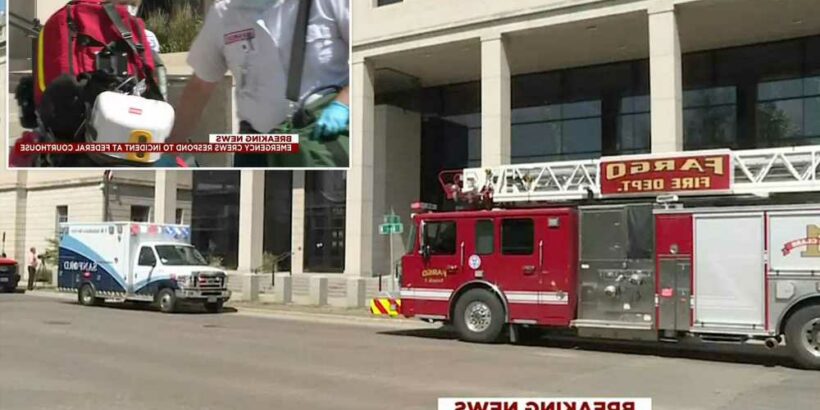 A man committed suicide moments after being found guilty inside of a North Dakota courtroom on Monday, reports said.

The man cut himself in the throat inside the federal courthouse in Fargo in front of the judge and courtroom staffers and other witnesses, North Dakota US Marshal Dallas Carlson told KVRR.

“He produced an edge weapon and cut his throat” Carlson told the outlet.

The jury, who was not inside the courtroom at the time, had found the man guilty on at least some of the terrorizing-related charges against him, the report said.

Another witness told Valley News Live the man, “turned around and you could see the inside of his neck. He had slit his neck with some object.”

US Marshals and the FBI are investigating the man’s death.