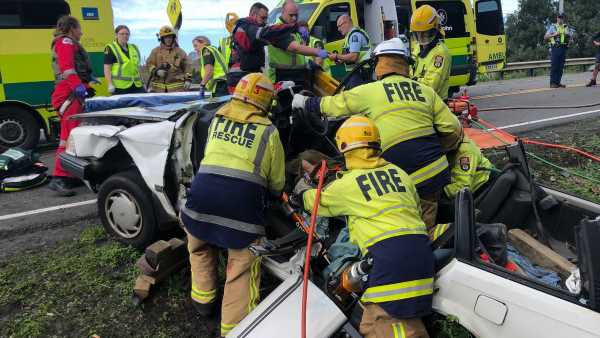 State Highway 1 north of Auckland was closed after a crash that left one person critically injured.

A car and truck collided about midday at the intersection of State Highway 1 and Welch Dr, Warkworth.

A man in his 80s was seriously injured and was flown to Auckland City Hospital in a critical condition by the Auckland Westpac Rescue Helicopter.

The road was closed for some time while the scene was cleared. Motorists were asked to avoid the area and expect delays.