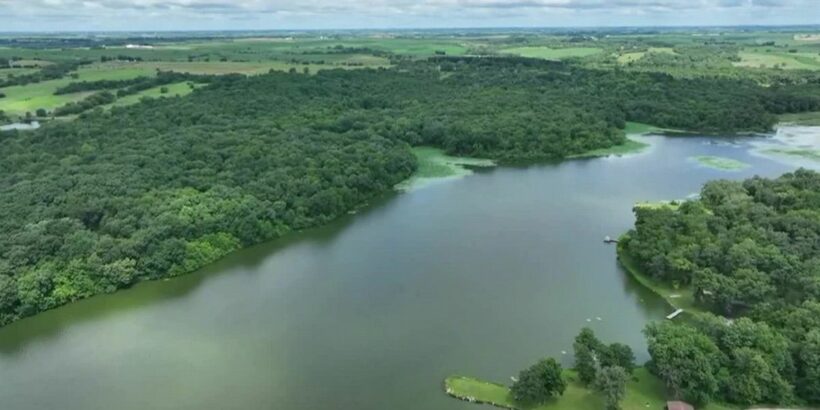 A man has tragically died from brain-eating amoeba weeks after becoming infected while swimming in a lake.

The patient, from Missouri, USA, is believed to have caught Naegleria fowleri after visiting the Lake of Three Fires in Taylor County in Lowa.

He was hospitalised after contracting the rare infection earlier this month. The identity of the man remains disclosed at this time.

The shock diagnosis has sparked medics to raise concerns over the life-threatening disease.

Naegleria is a single-celled amoeba that can cause the brain infection primary amebic meningoencephalitis, according to the US Centers for Disease Control and Prevention (CDC).

The CDC states that the parasite can be detected in warm freshwaters including lakes, ponds, rivers, hot springs and soil.

It has been reported that Naegleria fowleri infects people when water carrying the amoeba enters the human by using the nose as an access point.

It then travels up to the brain and damages brain tissue, reports The Sun.

The Missouri Department of Health and Senior Services said the fatality is the first confirmed case in the state in 35 years.

Only 145 known cases have been identified in the US, with the only other infection picked up in a Missouri resident being in 1987.

According to the CDC's latest data, three cases of Naegleria fowleri-related infections were reported in the country last year.

In 2021, a three-year-old boy was pronounced dead after becoming infected by amoeba from a splash pad at a park in Texas.

It has been reported that it is unable to spread from person to person and cannot be caught by swallowing water.

The risk of catching the infection can be reduced by trying to restrict the amount of water going up the nose.

Experts have urged swimmers to avoid putting heads under the water in hot springs and untreated thermal waters.